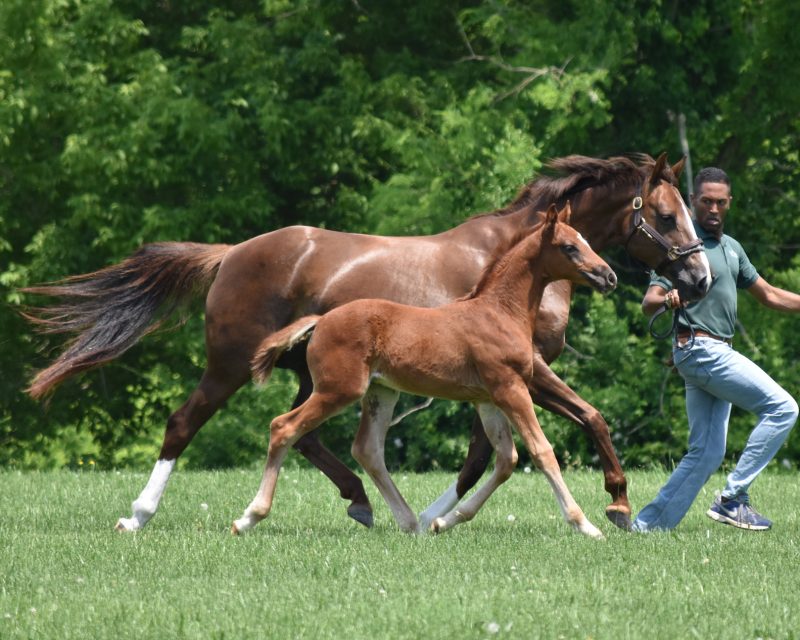 Chiquita HTF is the oldest daughter of our treasured mare EM Comtesse (aka Cha Cha). Chiquita was Top Filly of her AHS Inspection and was the Champion Foal of Devon in 2008.

Contucci, Chiquita’s sire, won the dressage phase of his 100-day test with a score of 147.11 and finished as a Class 1 stallion with an overall 127.60.  Contucci earned six 9’s throughout the testing for character, willingness to work, rideability, and his trot and canter.

Chiquita’s dam Cha Cha won riding test at the Ratje-Niebuhr show in Verden in 2000 and had an excellent mare inspection with no score less than 8.  She was sold through the Verden Elite Auction and was trained to Intermediaire.  In 2008, Cha Cha was named Reserve Grand Champion of Dressage at Devon.

Cha Cha’s dam has also produced two Approved Stallions as well as four full-siblings to Cha Cha, including Peter Storr’s Cocofino.  This mare line descends from Heinrich Bolte’s outstanding mare Goldlady who received the 1A prize 15 times during her show career.  Goldlady won the German Agricultural Championships in 1989, won the Federal mare show in 1994, was named Best Mare of the 1997 Louis-Wiegels Show, and in 2000 & 2003 won her division of the Ratje-Niebuhr show.

After we sadly lost her dam, Chiquita’s owner was kind enough to let us bring Chiquita back to Hilltop Farm to continue this mare line in our breeding program.  With the arrival of her first foals, Chiquita has proven herself an outstanding broodmare and we look forward with great anticipation to many additional foals to represent this outstanding family. 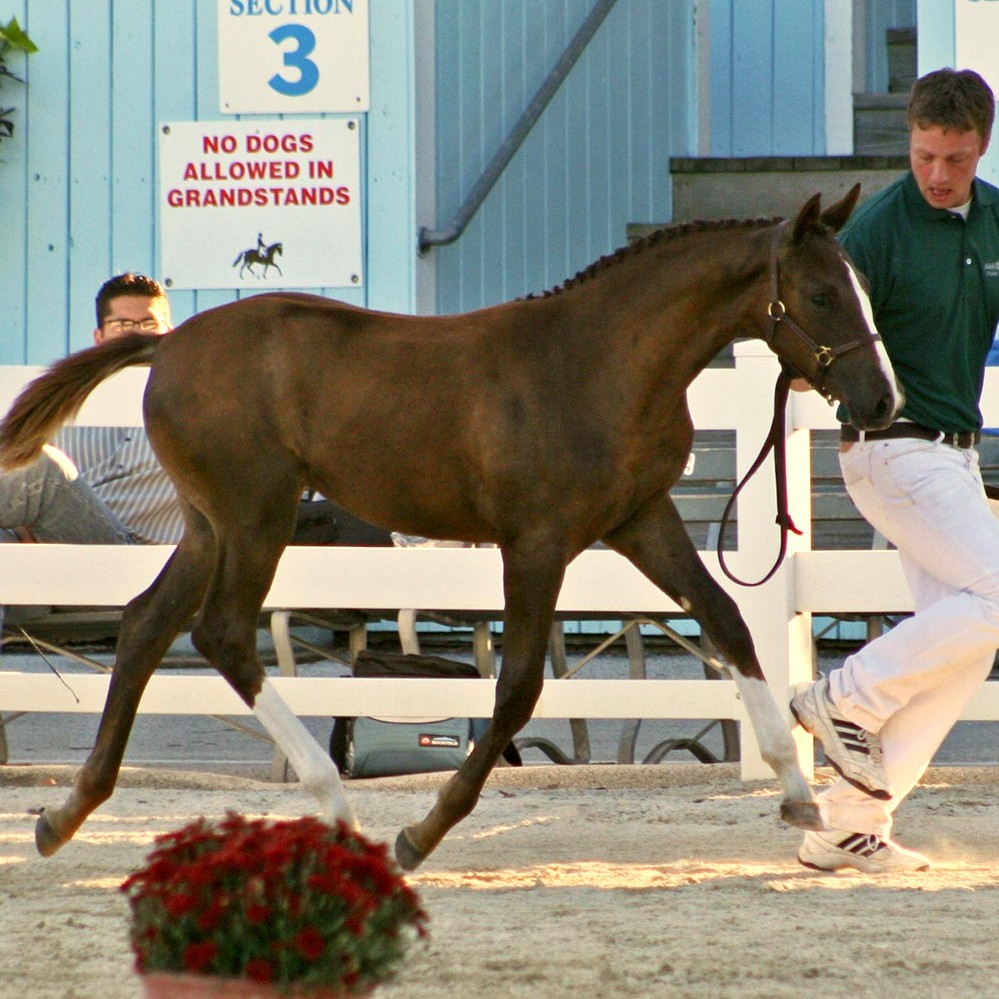 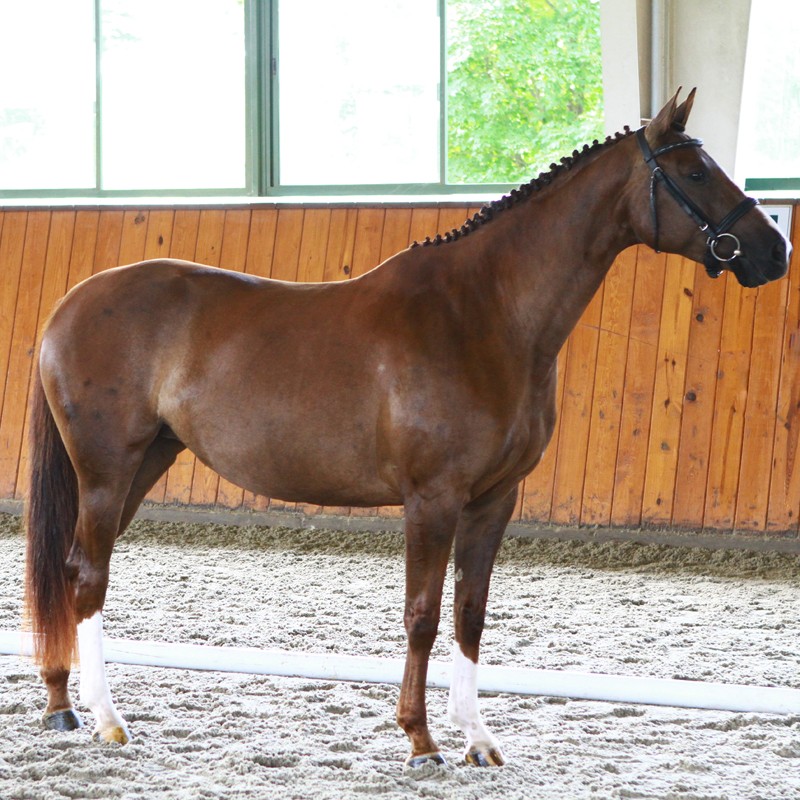 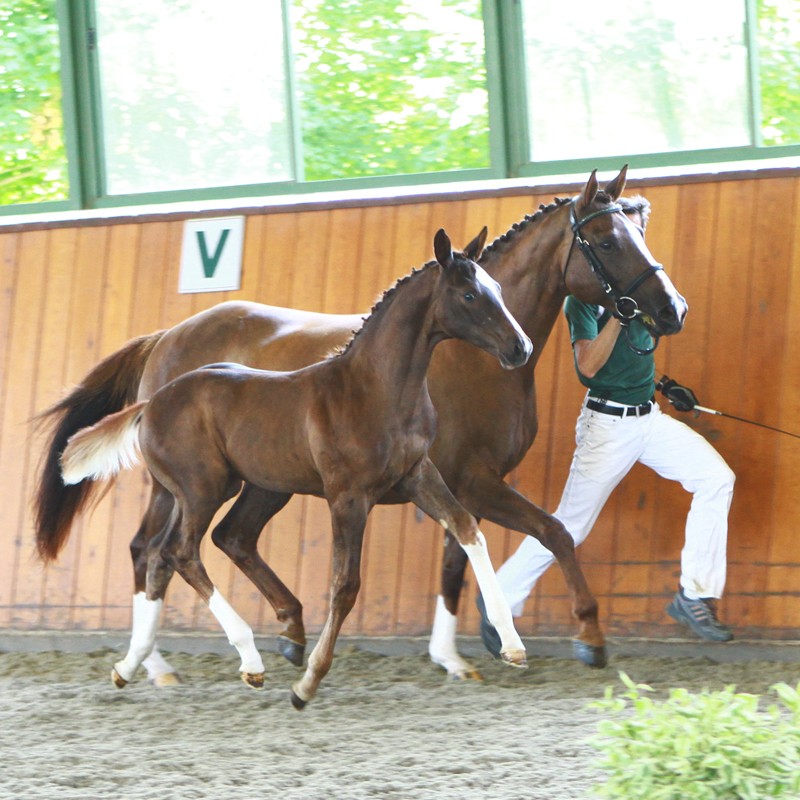 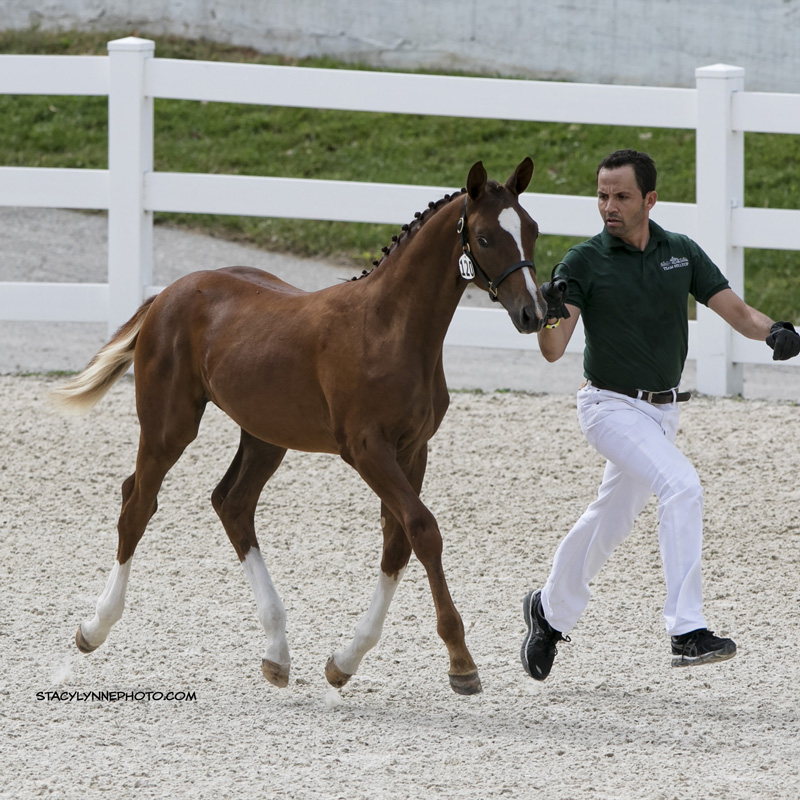 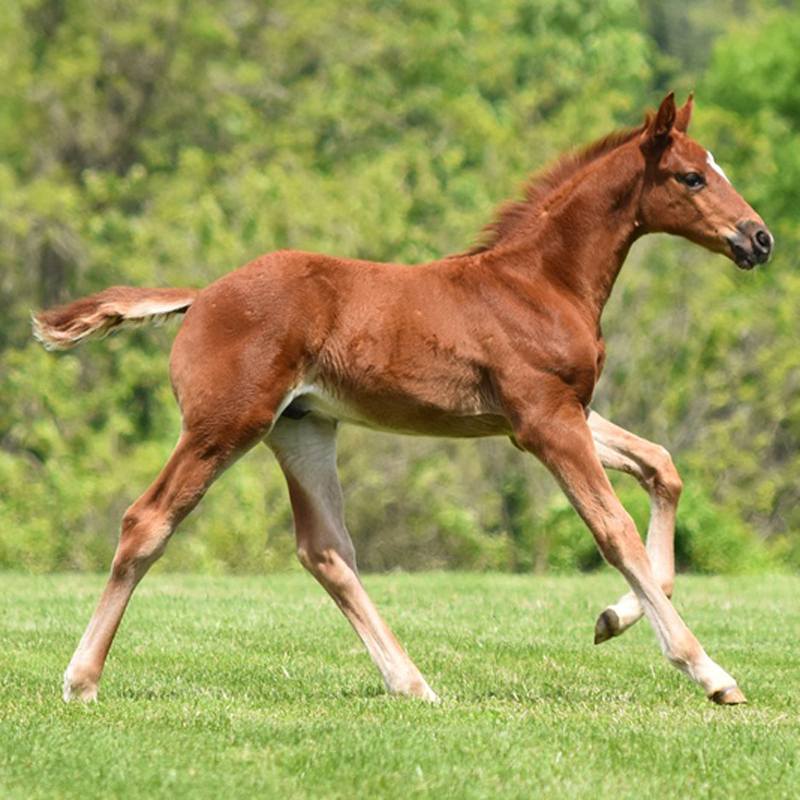