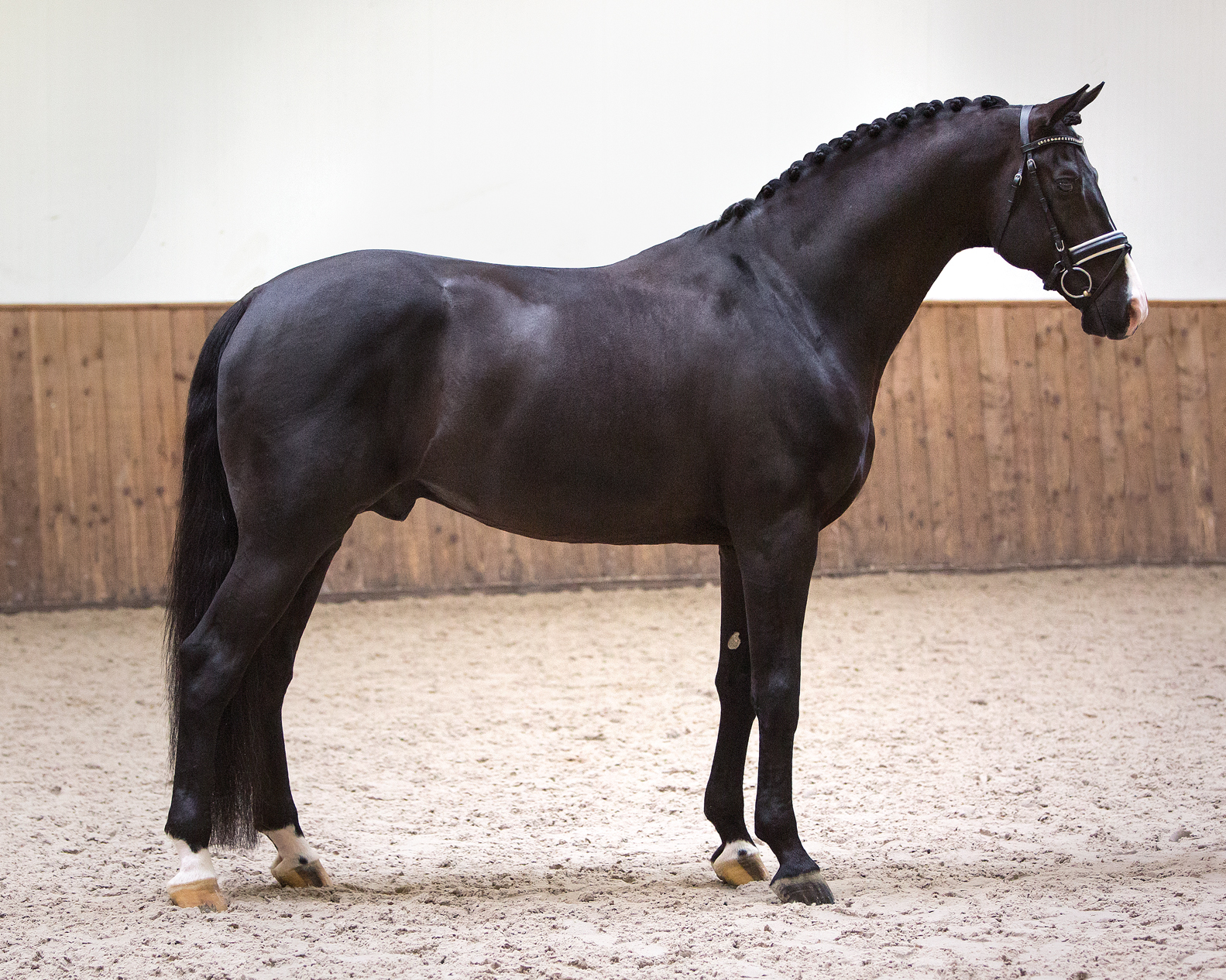 Everdale was Champion of his Stallion Test and earned scores of 9 for the walk, canter, rideability, and attitude. He won the PAVO Cup Finals for 4-Year-Olds and by age 10 was winning at Grand Prix CDI’s with scores well into the 70’s, including a top 10 finish at Aachen in 2019. Under Charlotte Fry, the potential of this stallion for top sport is unlimited.

Everdale’s sire, Lord Leatherdale, is himself an FEI horse who is well regarded for rideability and character.  His offspring have competed at the PAVO Cup Finals, World Championships for Young Horses, and the FEI arena.  Frequently crossed on Negro daughters, this has been one of the best nicks in KWPN breeding in recent years.

Everdale’s damline is particularly strong and the mares have been highly decorated, including his great-granddam who is a full sister to the approved stallion Havidoff.  Grandsire Negro had a very successful FEI career and has numerous offspring competing at Grand Prix, including of course the Olympic & World Champion Valegro.

Everdale has proven very popular with European and US breeders. He stamps his neck, uphill balance, powerful gaits, and an excellent canter on his offspring. He already has several approved sons to his record and his offspring are highly placed in prestigious competitions including qualifying for the PAVO Cup, USEF Young Horse Championships, and the World Championships for Young Horses.

$800 Per Dose
Details: Frozen semen sold by the dose with no live foal guarantee.

$1,800 1-Year Agreement
Details: 1-Year multi-dose agreement. Rather than a rebreed year in 2021, this contract option offers a discount valued at 50% of the total breeding fee paid on this contract off a new 1-Year breeding agreement to any Hilltop Farm stallion during the 2021 season should your mare fail to conceive and maintain a pregnancy for 60-days.

EVA: Negative, Vaccinated Annually
This stallion has been tested for and vaccinated against EVA.  Given his negative status, it is not necessary to vaccinate your mare prior to breeding to this stallion
WFFS Tested: Carrier N/WFFS
This stallion is a carrier of Warmblood Fragile Foal Syndrome (WFFS) and may not be breed to mares that are carriers of the WFFS gene. Proof of negative carrier status must be provided to breed to Everdale. For additional information on WFFS visit the Warmblood Fragile Foal Syndrome page on our website.
Color Tested: Heterozygous Black E/e
Everdale carries both the black and red factor genes. He can produce both black and red based coat colors.

Everdale is not available via cooled semen. Please see Frozen Semen for shipping costs and details on Everdale’s frozen semen.

Following your mare’s 55-60 day pregnancy check, please have your vet finish completing the Mare Breeding Passport and return it to Hilltop Farm by September 15th. This Passport is used in all stallion reports to various breed registries and is used to generate a Breeding Certificate so that you can register your foal. 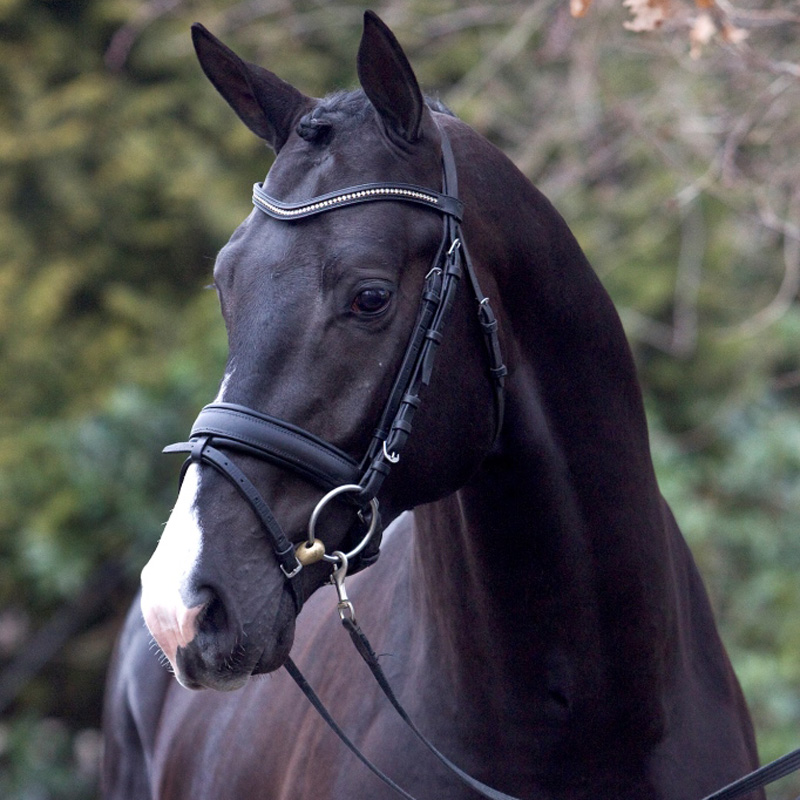 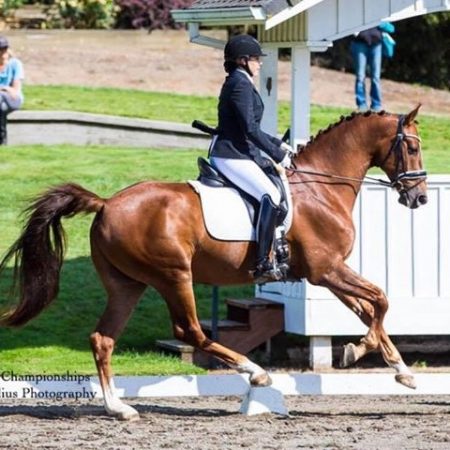 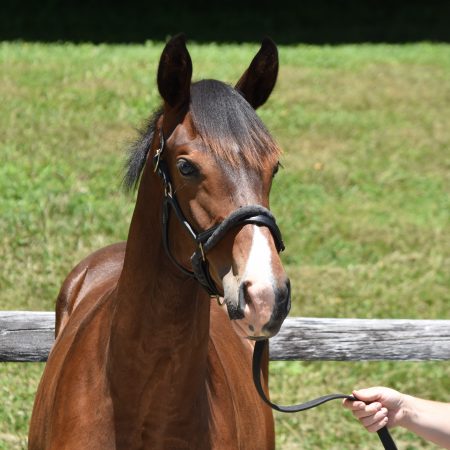 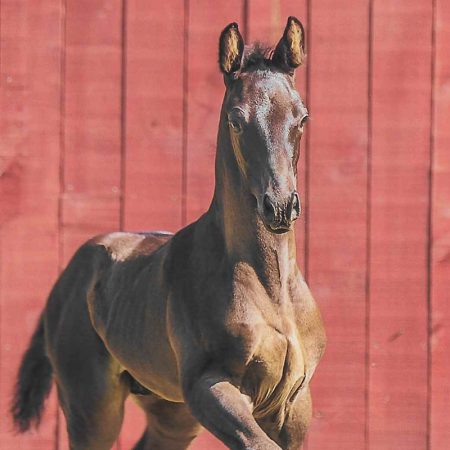 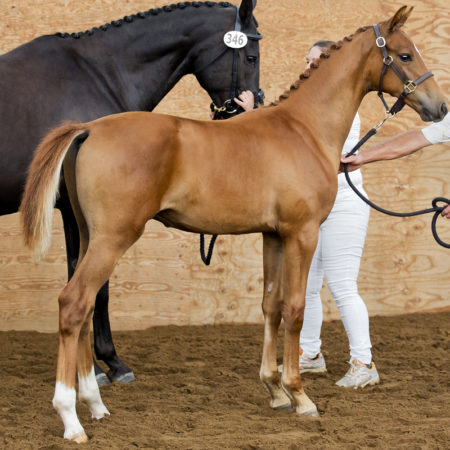 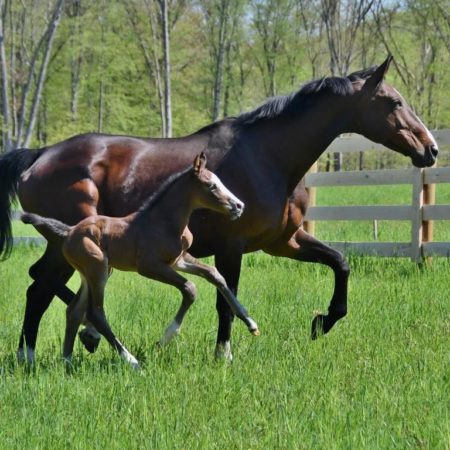 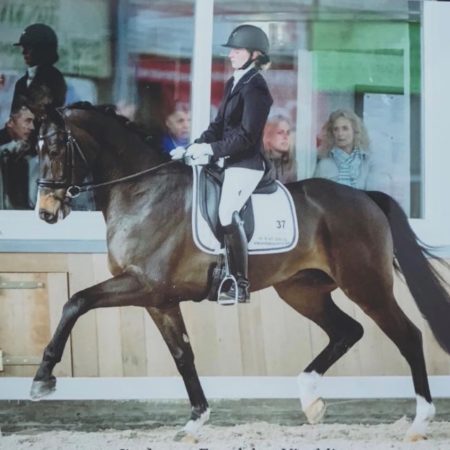 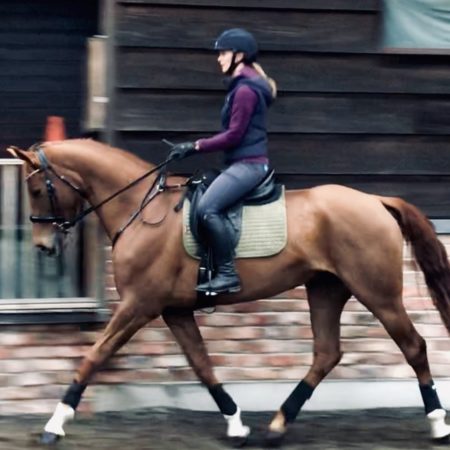 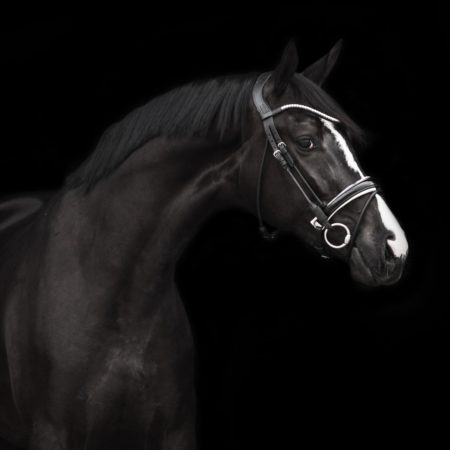 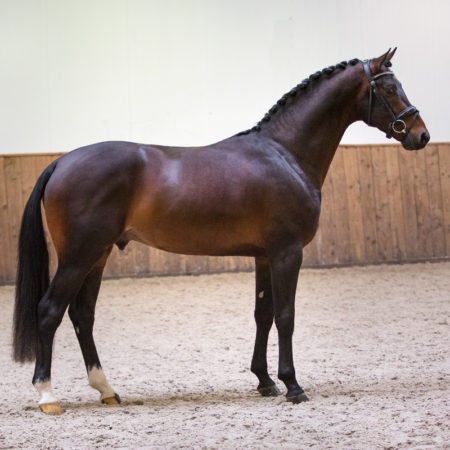 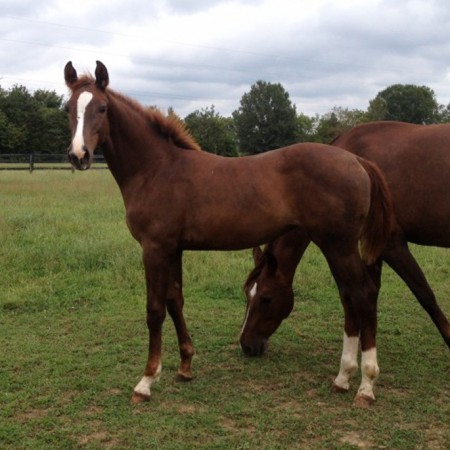 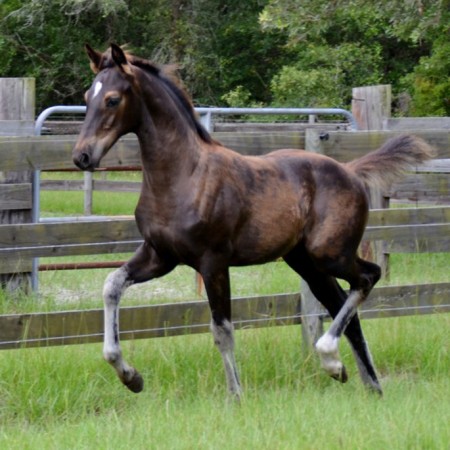 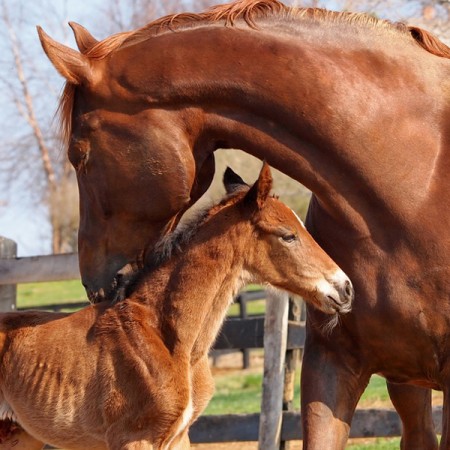 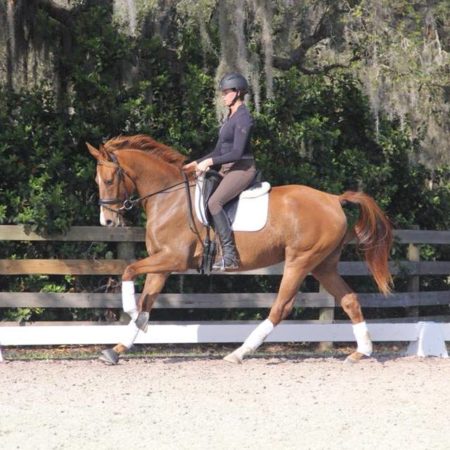 (Everdale x Up To Date/Jazz)