There is no greater testament to a stallion than the quality and success of their offspring. Each year we look forward to seeing the stallion’s offspring out showing successfully. The Hilltop Farm Breeder Reward Program allows us to reward the breeders and owners of horses bred through Hilltop Farm who achieve competitive success through Rewards Certificates that can be applied towards a future breeding. From the 2017 show season, we’re excited to see so many offspring earning top results across the country. This past year, a few breeders have multiple horses earning top results, a wonderful acknowledgement to the quality of US breeding programs. For results during the 2017 show season, a combination of 34 breeders and owners earned $14,200 in breeder rewards credits. For more information on the Breeder Rewards programs click here. 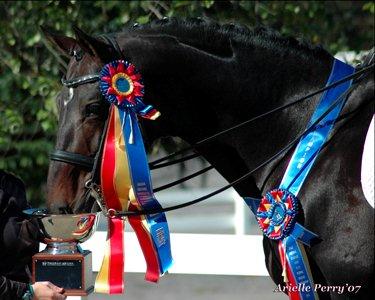 The US Equestrian Leading Sire Rankings closed in mid-December and we have many exciting results to share! For the second time Marydell Farm’s Don Principe was named the Dressage Breeding Sire of the Year and for the fourth time Riverman was named Eventing Sire of the Year! Haras de Brullemail’s stallion Quite Easy is 9th for both the Jumper & Eventing Sire lists and ranks 11th on the Hunter Sire standings. Sternlicht was 2nd, Qredit 5th, and Horses Unlimited’s Pikko del Cerro was 6th for the Dressage Breeding Sire awards behind Don Principe. On the Dressage Sire List, Negro is 7th, Contucci 8th, and Olivi 10th. Royal Prince, Lord Leatherdale, Bugatti, Painted Black, and Don Principe are all in the Top 25 standings as well.

The US Equestrian Sire Rankings are based on points accumulated by offspring that are recorded with the USEF and whose owners are members of USEF.  While it doesn’t account for all horses showing, it does give us the best data available on parentage verified horses that are actively competing and can be one helpful tool for all breeders evaluating offspring results. 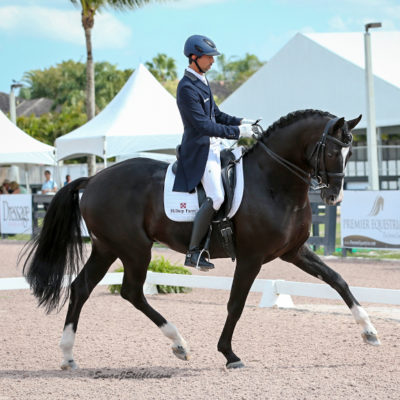 It’s official and we’re thrilled to share the exciting news that Michael Bragdell has been selected for the Development Program with both Qredit – Oldenburg Stallion and Sternlicht! The Aim of the Development Program is to provide strategic guidance and resources to selected athletes with the perceived ability to make the Podium or contribute to Podium scores, within the following two quadrennials. This program is overseen by the USEF Development Coach with the assistance of the USEF Dressage Youth and Young Horse Coaches as well as the USEF Dressage Technical Advisor. These two US-bred stallions continue to thrill us with their development and we’re looking forward to more milestones this coming year.

Congratulations Qredit & Michael! What a way to end the season.  Michael decided to only take one horse to Nationals in Kentucky this year, but it was a perfect trip.  The KY Horse Park is a fantastic venue and the US Dressage Finals staff and volunteers have perfected this show.  Qredit didn’t mind traveling solo and confidently won the Open Intermediate II Championship with a 71.535%.  Strong scores and very promising comments from the judges.  Thanks especially to Morten Thomsen for his continued support of Michael and Qredit in their development.  A perfect end to a wonderful season! 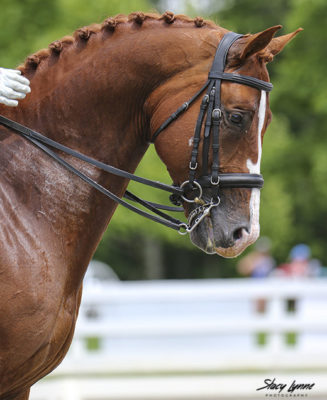 Congratulations to Michael Bragdell on an outstanding year.

Another Dressage at Devon is in the books for Team Hilltop.  Once again, we welcomed back King Santacruz to join Michael Bragdell in handling a number of Hilltop-sired and client-owned horses for Hilltop Farm. Thank you to Michael and King for a superb job with all the horses and to all the Hilltop staff both at home and at the show that pull this off year after year!

This Devon brought unseasonable warm weather and sunshine – a refreshing change from the typical rainy Devon weather. We’re so pleased with the entire group of young horses we took to the show – all came home with ribbons.

Congratulations to all the owners and breeders of these horses. It was a super group that we were very proud to present.

Michael Bragdell also competed three horses in the Performance Division at Devon.  He showed Sternlicht in his first CDI Prix St. Georges test on Friday. They finished on a 65.746% and just out of the ribbons. At only 7, this was an early move up for Sternlicht but with Devon as our ‘home’ show, it felt like the right time. Michael also had two horses in the USEF Four-Year Old Division. Marydell Farm’s young stallion, Debonair MF, was 4th on Thursday and 3rd on Friday with scores of 7.68 & 7.7. Carol McPhee’s SenSation HW, who has only been with us since June, is showing quick progress over the summer and was 2nd both days with a 7.9 and 7.94. Well Done! 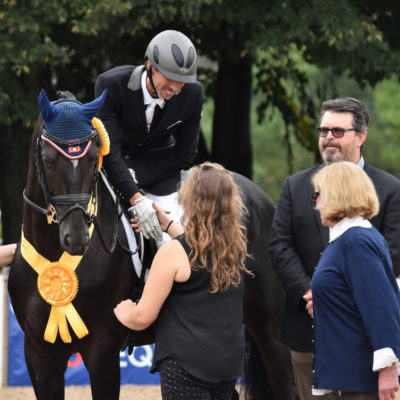 The USEF Young and Developing Horse Championships remain a highlight of our show plans every year.  With only the top 15 of each age group invited to the Finals, the competition is intense yet the sense of comradery and enthusiasm is one of the best of all the shows.  It’s especially educational to see many of the horses back year-after-year and watch their development up the levels.  This year, Michael qualified an impressive SIX horses for the Finals!  The two 4-year olds started the week off well.  Carol McPhee’s SenSation HW (Sunday-Dancier) has only been with Michael since the beginning of June, but is advancing well in the work.  He offered two harmonious, flowing tests which earned a 5th place in the Preliminary and a 6th place overall with a final score of 7.472.  Marydell Farm’s Debonair MF (Doctor Wendell MF-Rotspon) showed a lot of composure for a young stallion.  While the connection could be a bit steadier, he remains supple and swinging in his work and the walk is a real highlight.  He placed 5th in the Preliminary test and moved up to 5th in the overall standings with a score of 7.692.  This placing will also fulfill his sport requirements for ISR/OldenburgNA.

Competing on the same days as the 4-year olds, was the Developing Prix St. Georges division for horses ages 7 to 9 years old.  Michael’s two 7-year olds have had great seasons so far and produced two solid tests each.  Sternlicht Hilltop (Soliman de Hus-Rascalino), bred by Rachel Ehrlich and owned by Hilltop Farm, finished in 12th place overall with a final tally of 66.715 and was edged out by Mitch and Lara Mitchelson’s Faberge Blue (Contango-Democraat) who finished in 11th place with a 66.86%.

Qredit Hilltop (Quaterback-Dream of Glory) competed in the Developing Grand Prix division for horses ages 8 to 10 years old.  At 9, he is just in his first season at this level but came through with a 6th place finish overall on a final score of 65.355%.  Qredit was one of two offspring in the Developing Grand Prix by Quaterback and bred in the US by Judy Yancey.  Ending the weekend on a high-note was Anne Howard’s wonderful 6-year old stallion Finery (Furstenball-Diamond Hit).  While still green at this level, Finery’s quality gaits were consistently evident and he stayed well focused on Michael throughout.  With an overall 7.6, he finished strongly into 3rd place for both the Preliminary and the Final tests. 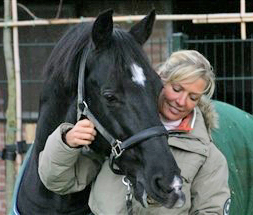 The 22-year old stallion Negro continues to add to his impressive resume.  Already a keur stallion with the KWPN, he was just named the KWPN Stallion of the Year at ‘s Hertogenbosch, The Netherlands on February 4th.   A gala presentation with several Negro offspring was held, with the highlight of course being the presentation of the Olympic and World Champion Valegro.  Negro was bred by Mr. Borgers and is owned by Van Olst Horses.