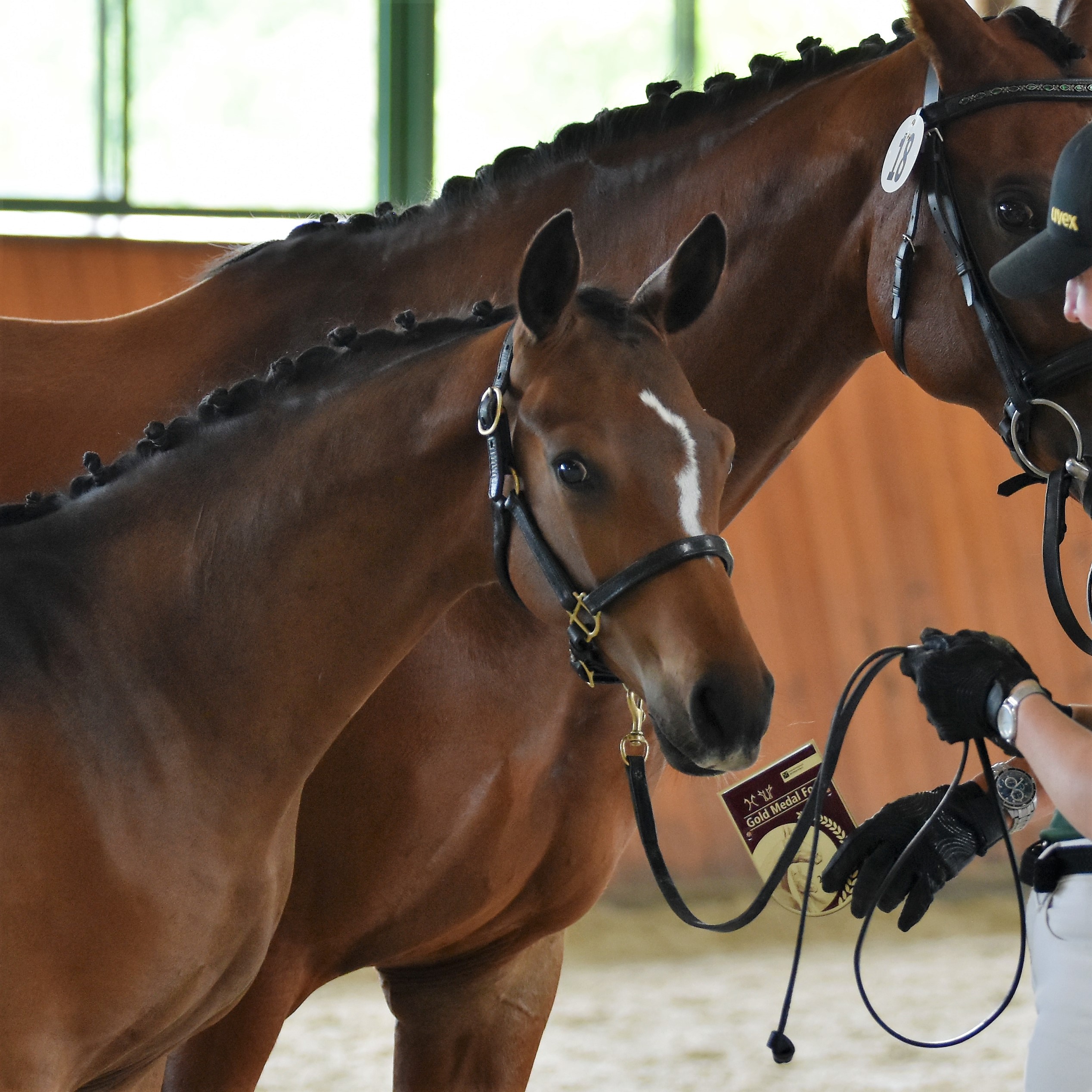 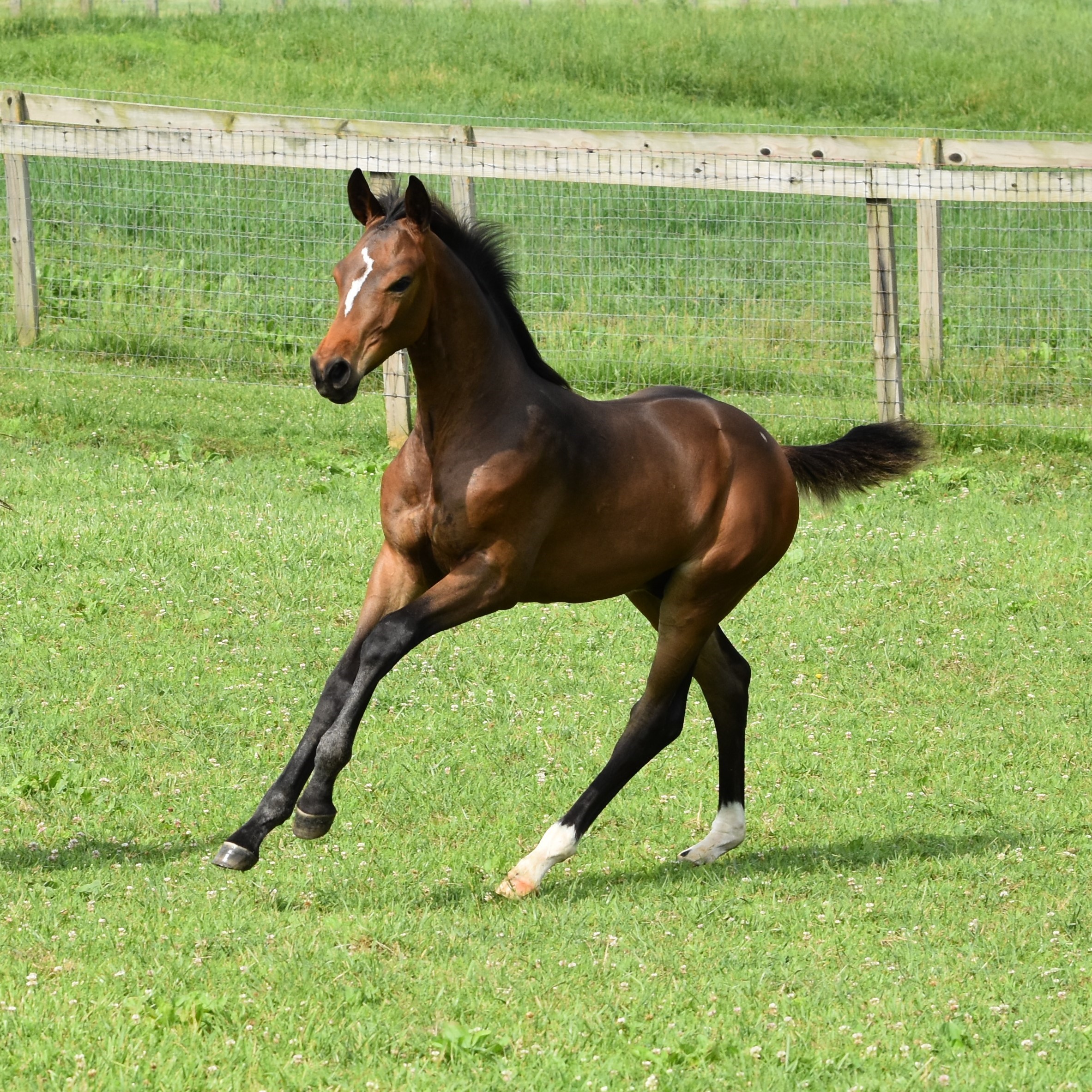 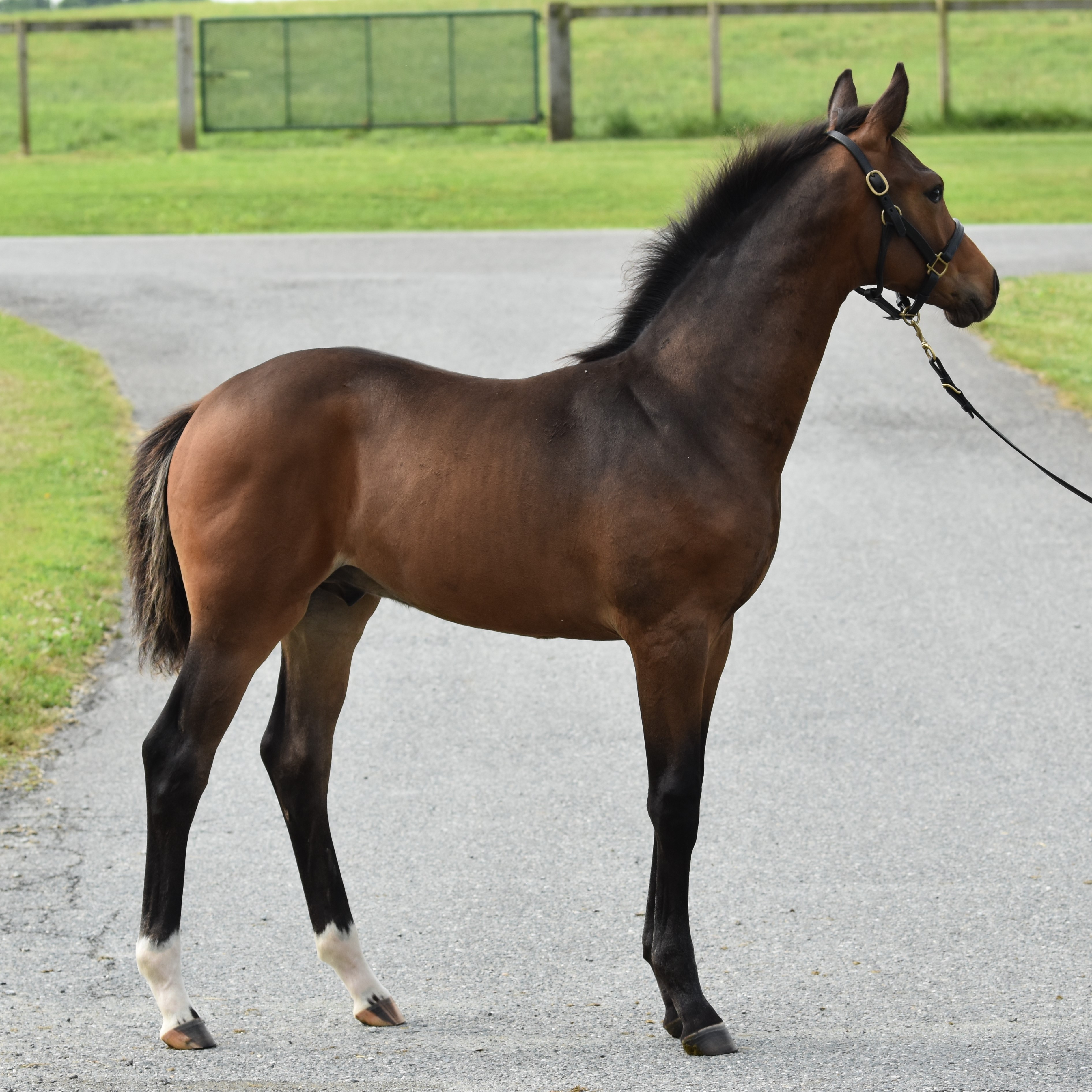 We are really pleased with the quality in this fantastic colt by Foundation.  His dam Relevè always gives a beautiful type and correctness to her foals but we see Foundation’s positive influence in the movement and overall frame.  The judges at his inspection were also impressed and he was a Gold Medal Foal and was named Top Colt out of a really strong group of foals!

Foundation (Fidertanz-De Vito) was the winner of the Oldenburg Main Premium title and has produced over 30 licensed stallions, the Reserve World Champion Young Horse Ferrari OLD, and FEI competitors at an early age. Ridden by Matthias Alexander Rath, Foundation himself has been successful in international Grand Prix competitions including Deauville, Rotterdam, Aachen, Doha, and Falsterbo. Grandsire Fidertanz was also successful at international Grand Prix level, was named Hanoverian Sire of the Year in 2021, and has produced over 50 licensed stallions.

Dam Relevè HTF earned an impressive 7.83 at her mare inspection and is an Elite/Premium Hanoverian Mare.  Her offspring inherit her beautiful type and correctness. Her first foal was Reserve Champion of the USDF East Coast Foal Championship.  Damsire Royal Prince still holds the record for the highest finish by an American-owned horse with his 4th place finish at the WBFSH Young Horse World Championships.  Relevè’s dam was the wonderful FEI mare EM Comtesse (Cordoba-Weltmeyer) who has produced a number of Devon winners and successful dressage horses.

Finley is registered with the Hanoverian Society and has his microchip, USEF Lifetime number, and USEF National Passport.