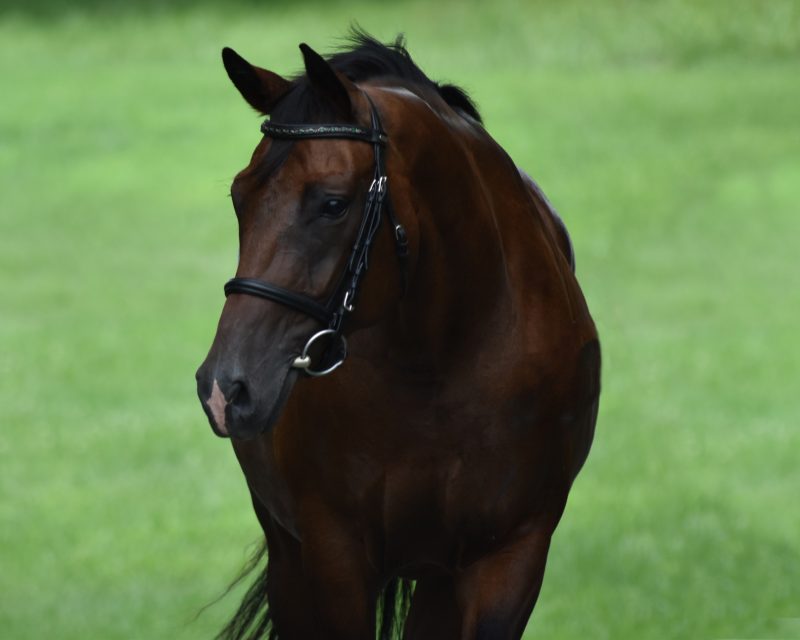 Qindle represents multiple generations of Hilltop’s breeding program.  Her sire, Qredit, has been a standout for Hilltop Farm the past few years.  He was Reserve Champion of the USEF Young Horse Championships at four and placed 4th as 5-Year Old.  He won the 2017 USDF Dressage Finals at Intermediate II and is now winning at Grand Prix.

Great-grandsire Parabol was one of the original, founding stallions of Hilltop Farm.  Originally a successful jumper in Germany, he switched to dressage following his importation and was competed through Grand Prix.  Parabol offspring have shown their sire’s versatility and have been successful as dressage horses, hunters, jumpers, and in eventing.

Qindle’s dam is one of the favorites in the Hilltop breeding program.  An Elite Hanoverian Mare, Raja HTF has proven herself a very successful producer with Champion offspring in both dressage breeding and in the hunter ring. Her own dam produced Premium/Elite daughters and one approved stallion.

Before adding her to our broodmare band, Hilltop chose to show Qindle for two seasons.  Her early competition highlights included: 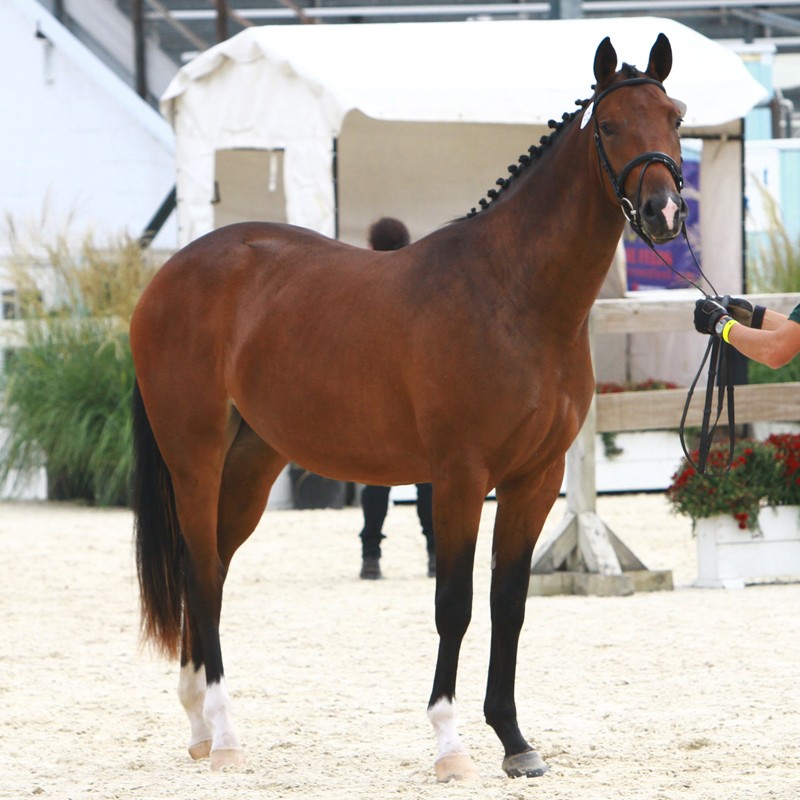 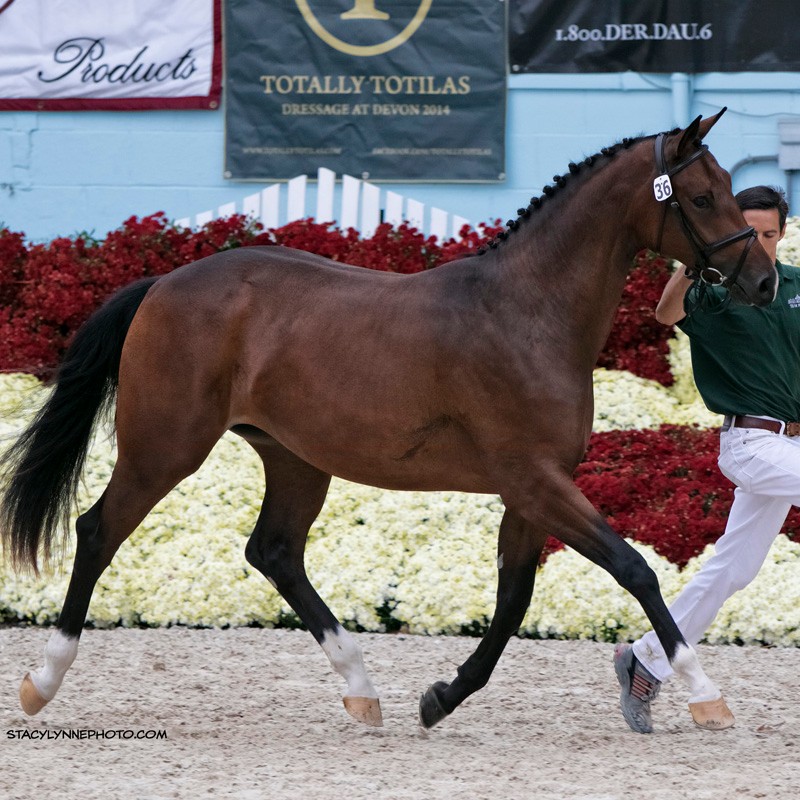 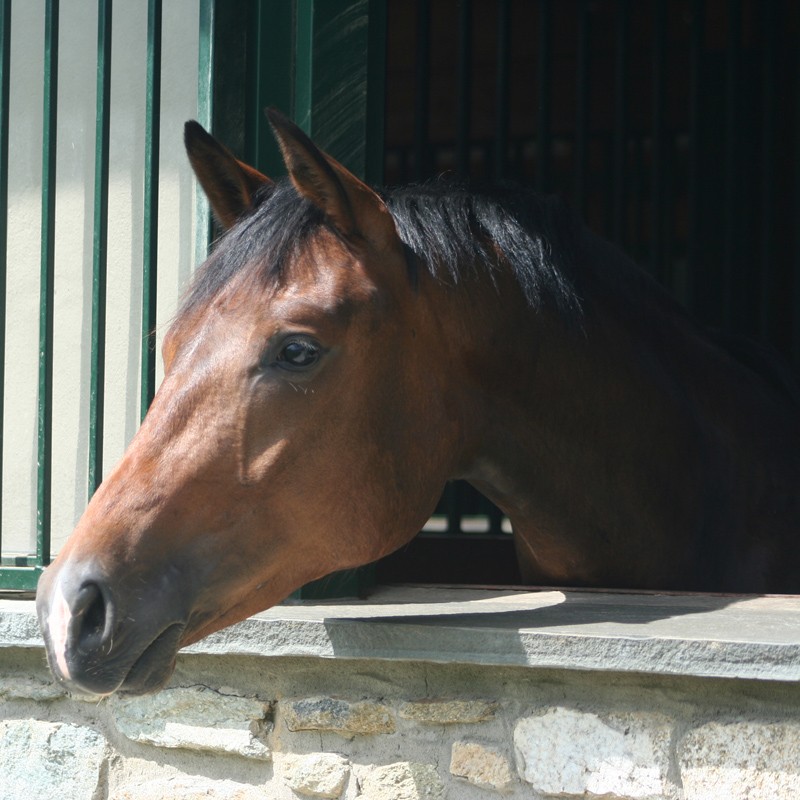 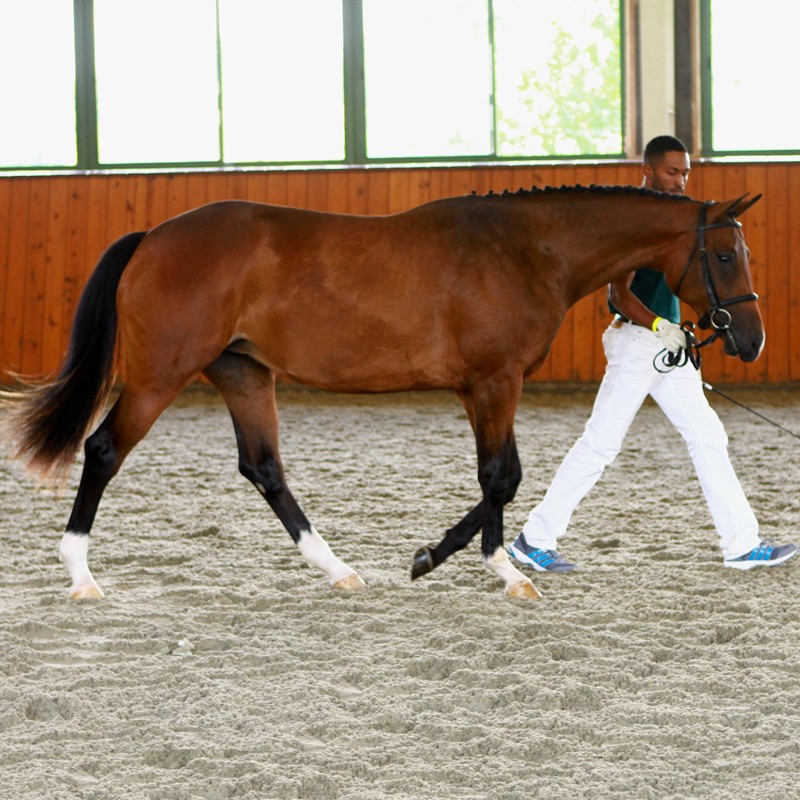 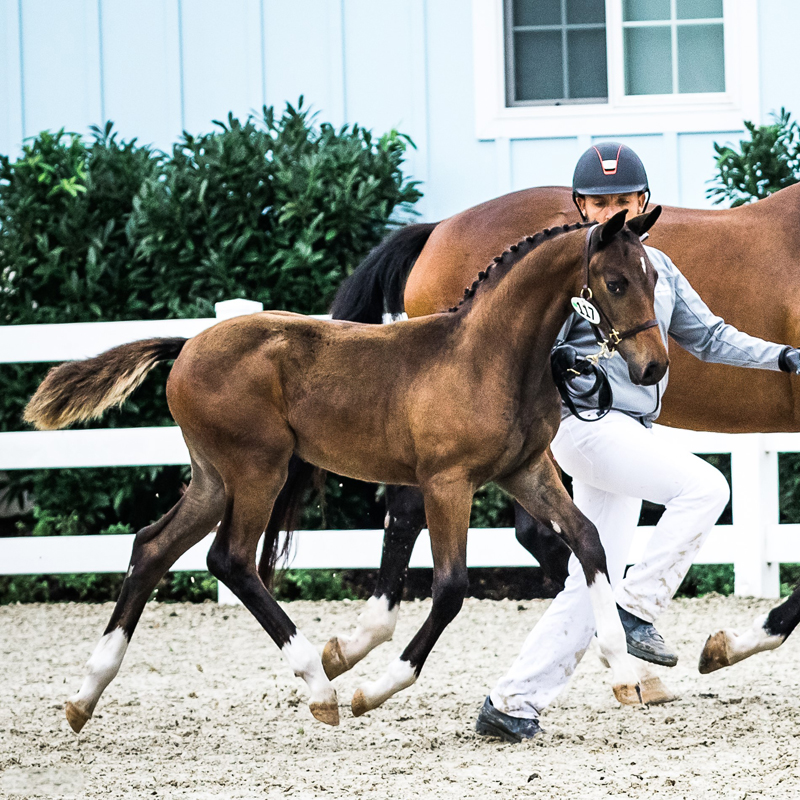 2018 Hanoverian Filly by For Romance