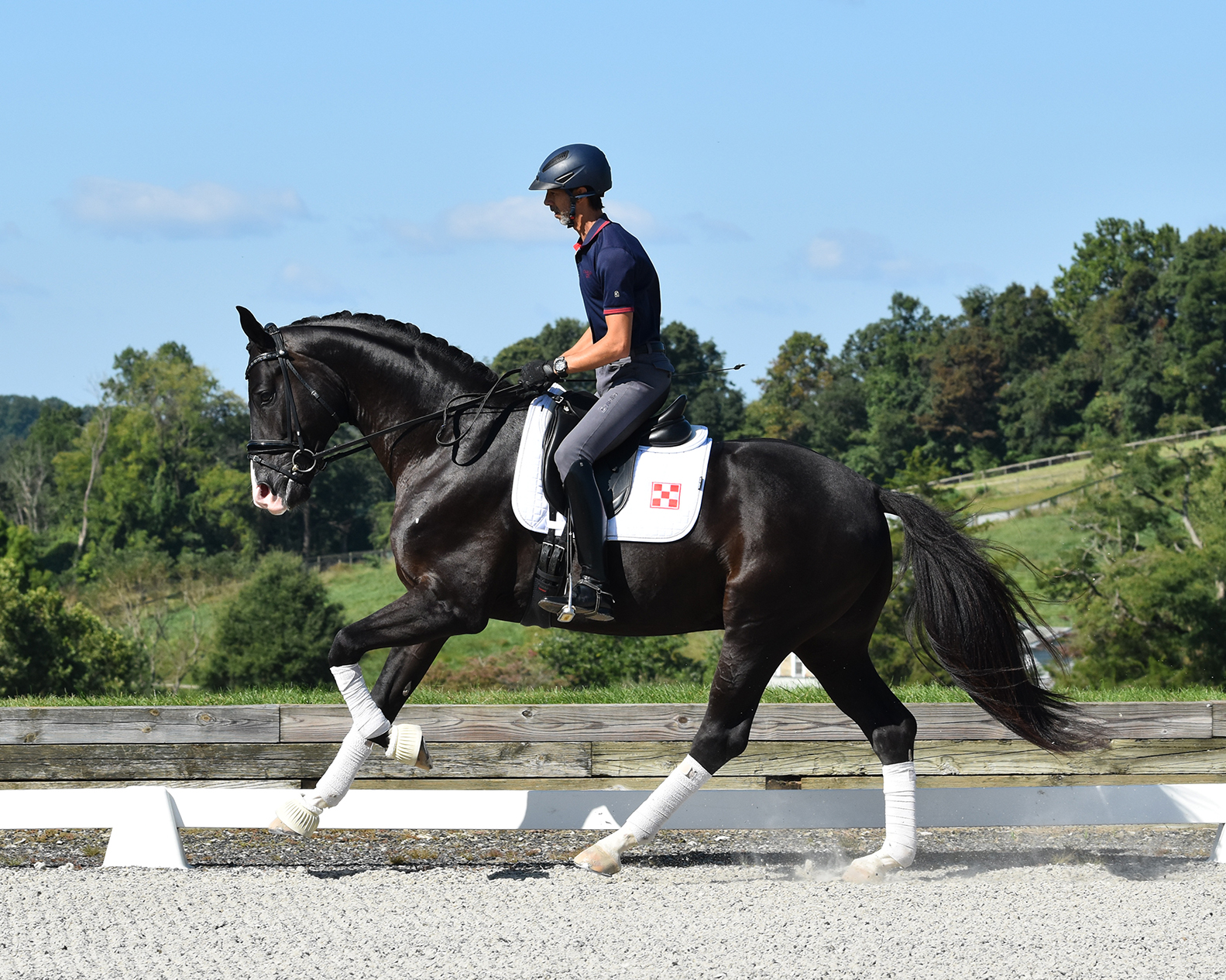 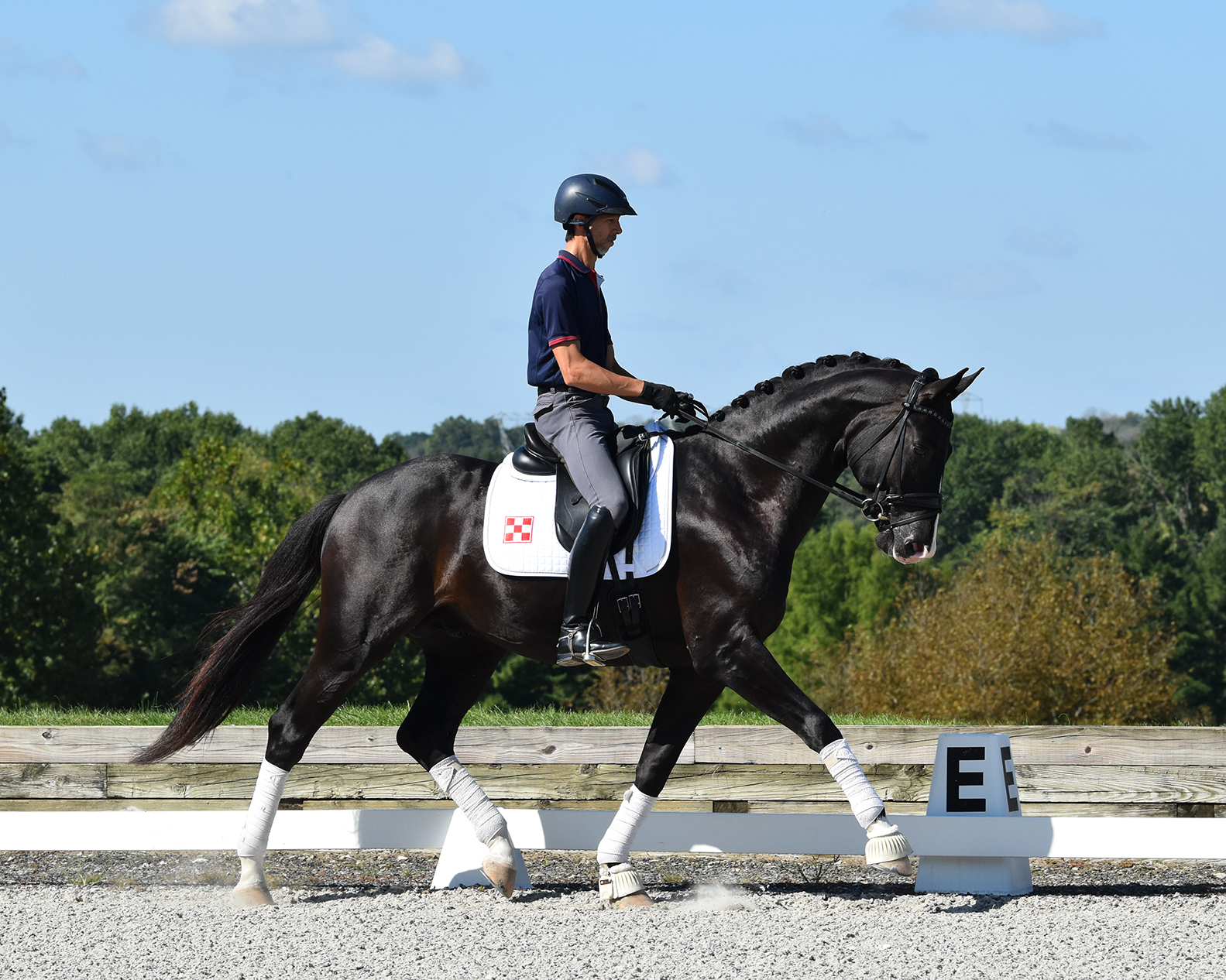 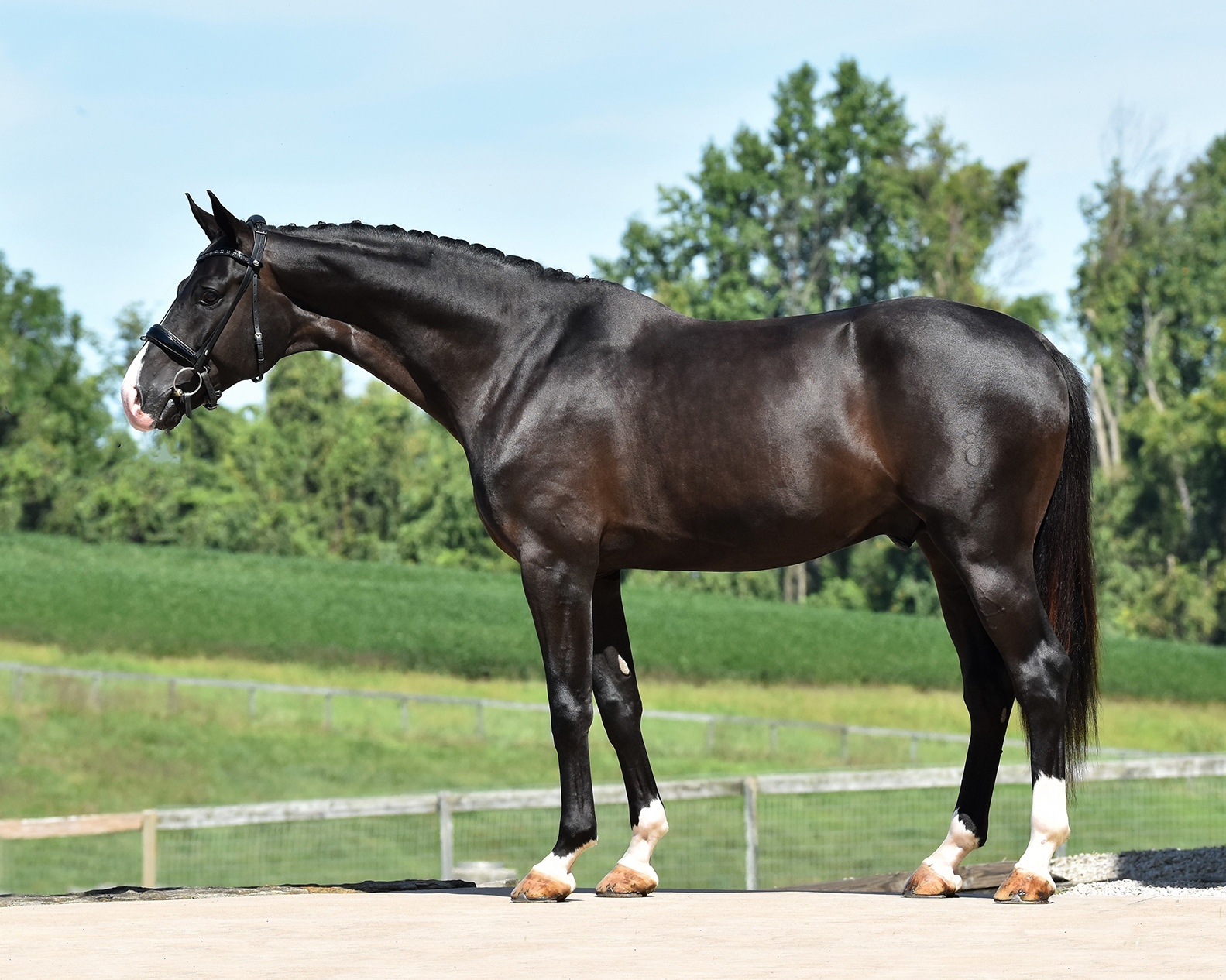 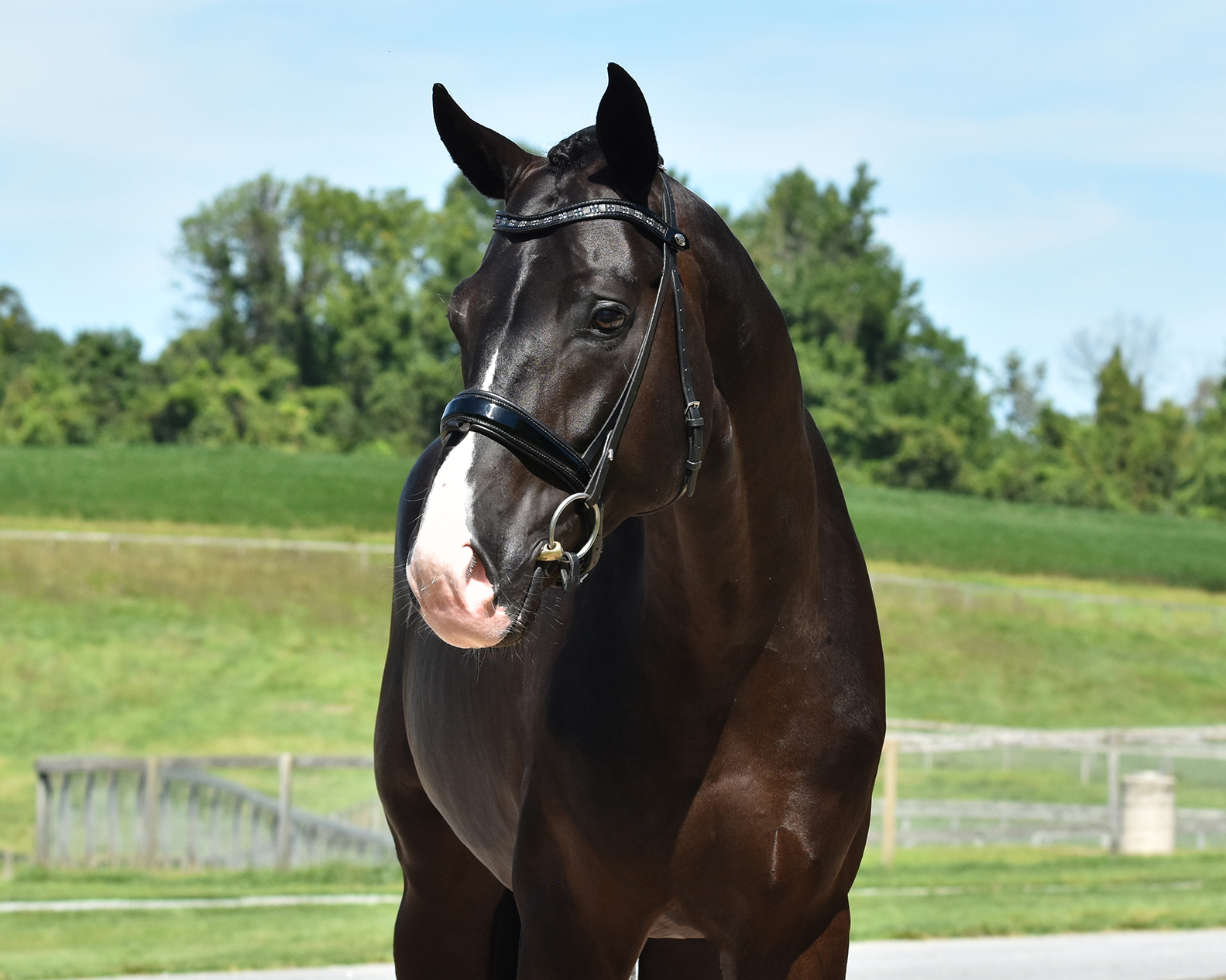 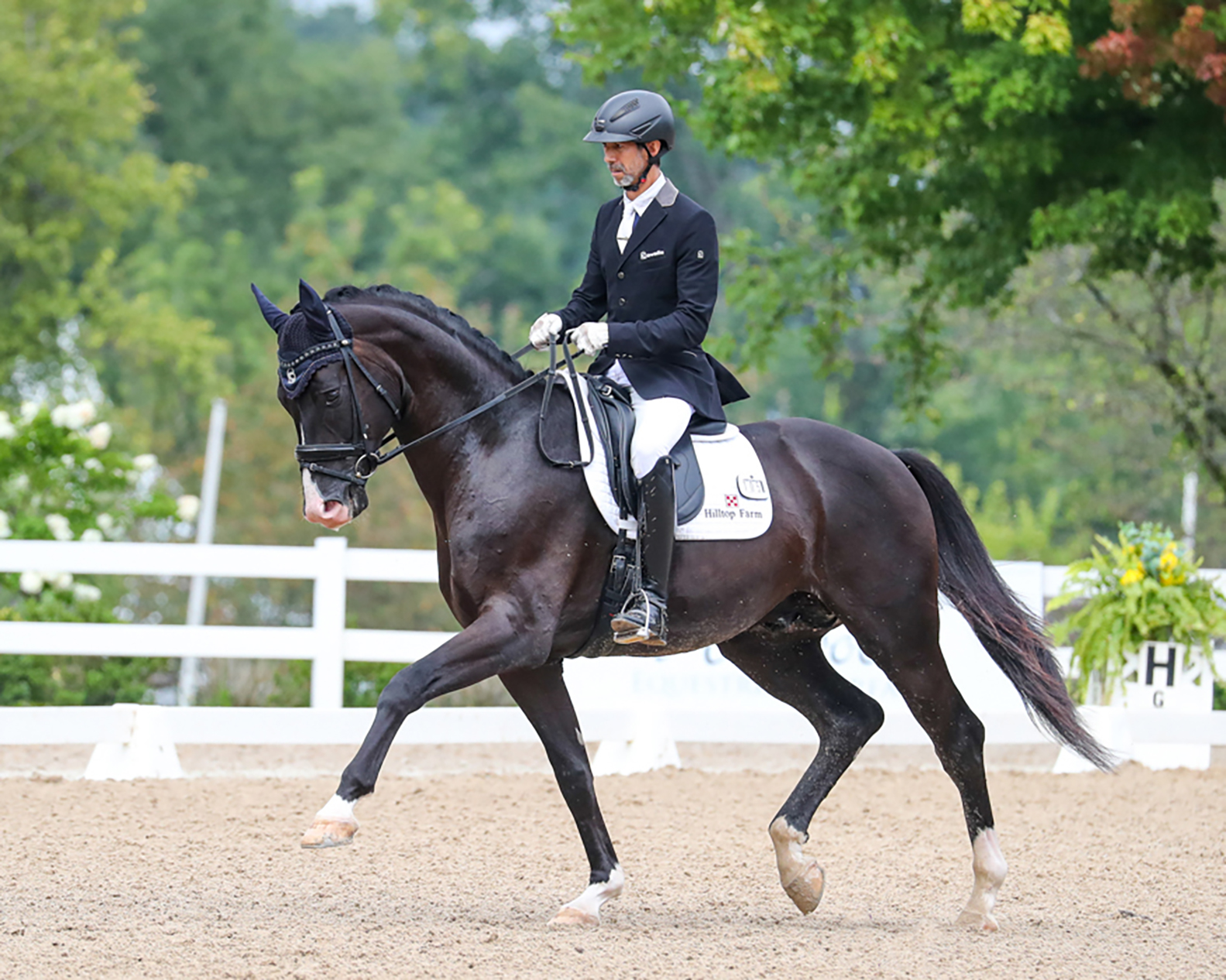 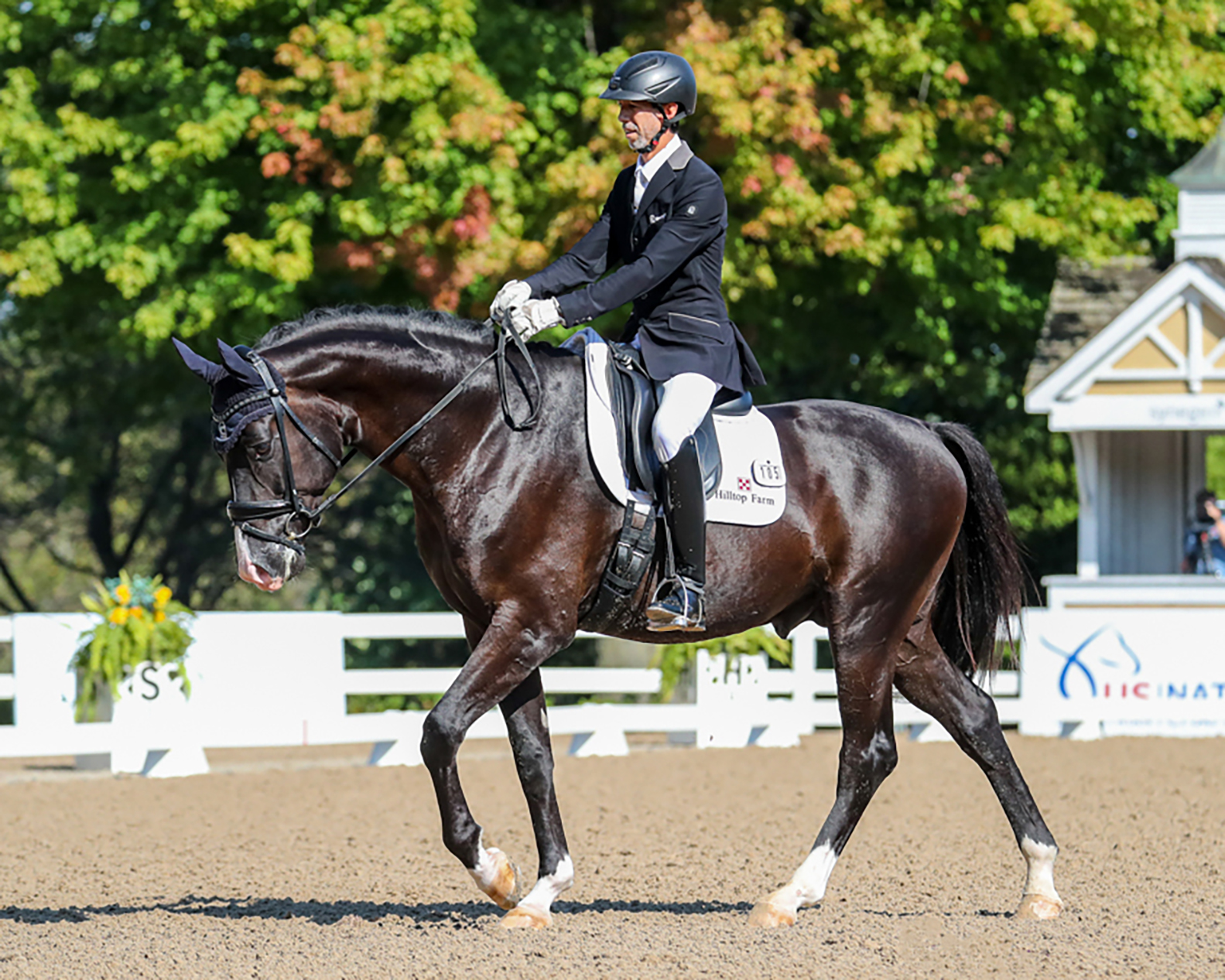 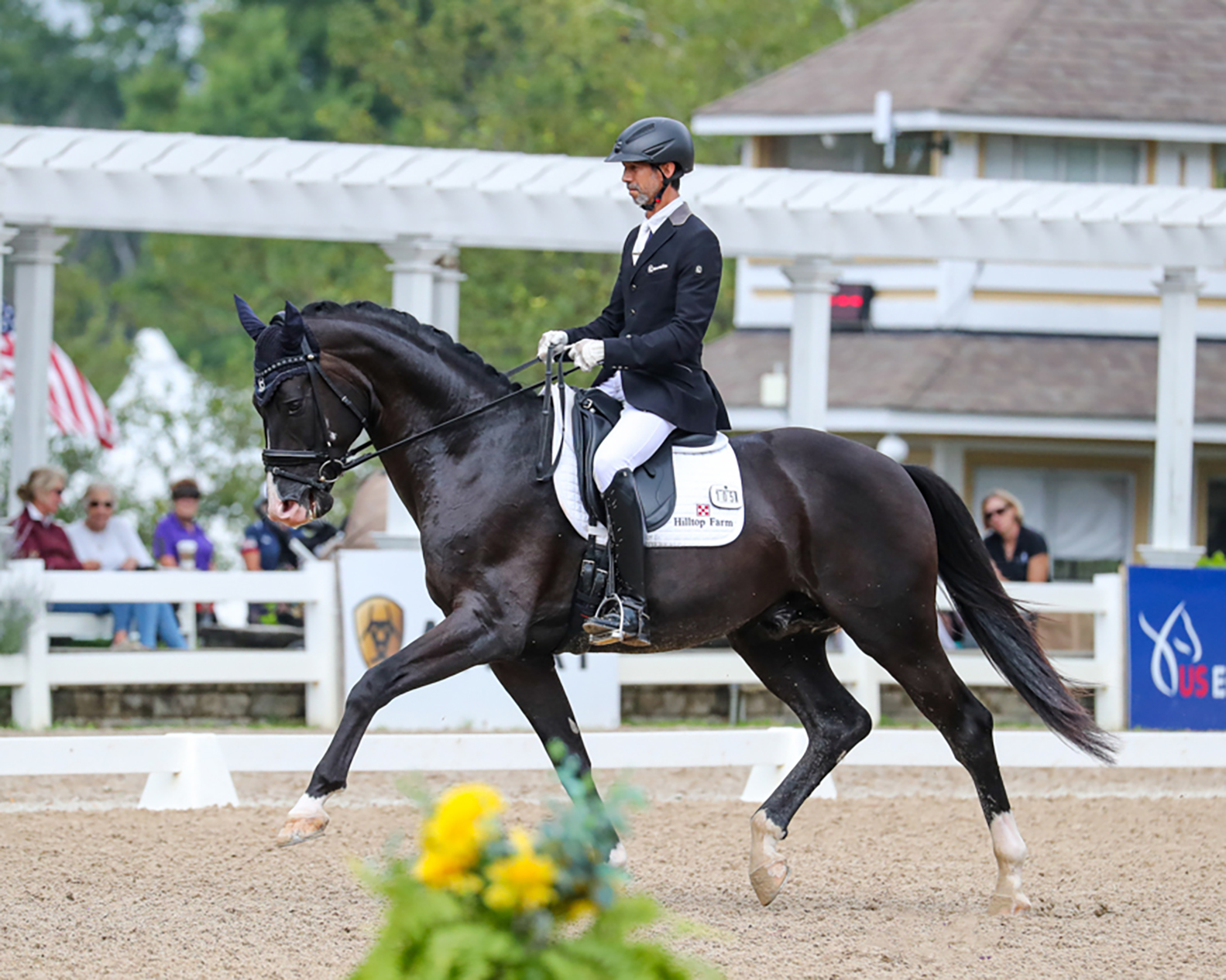 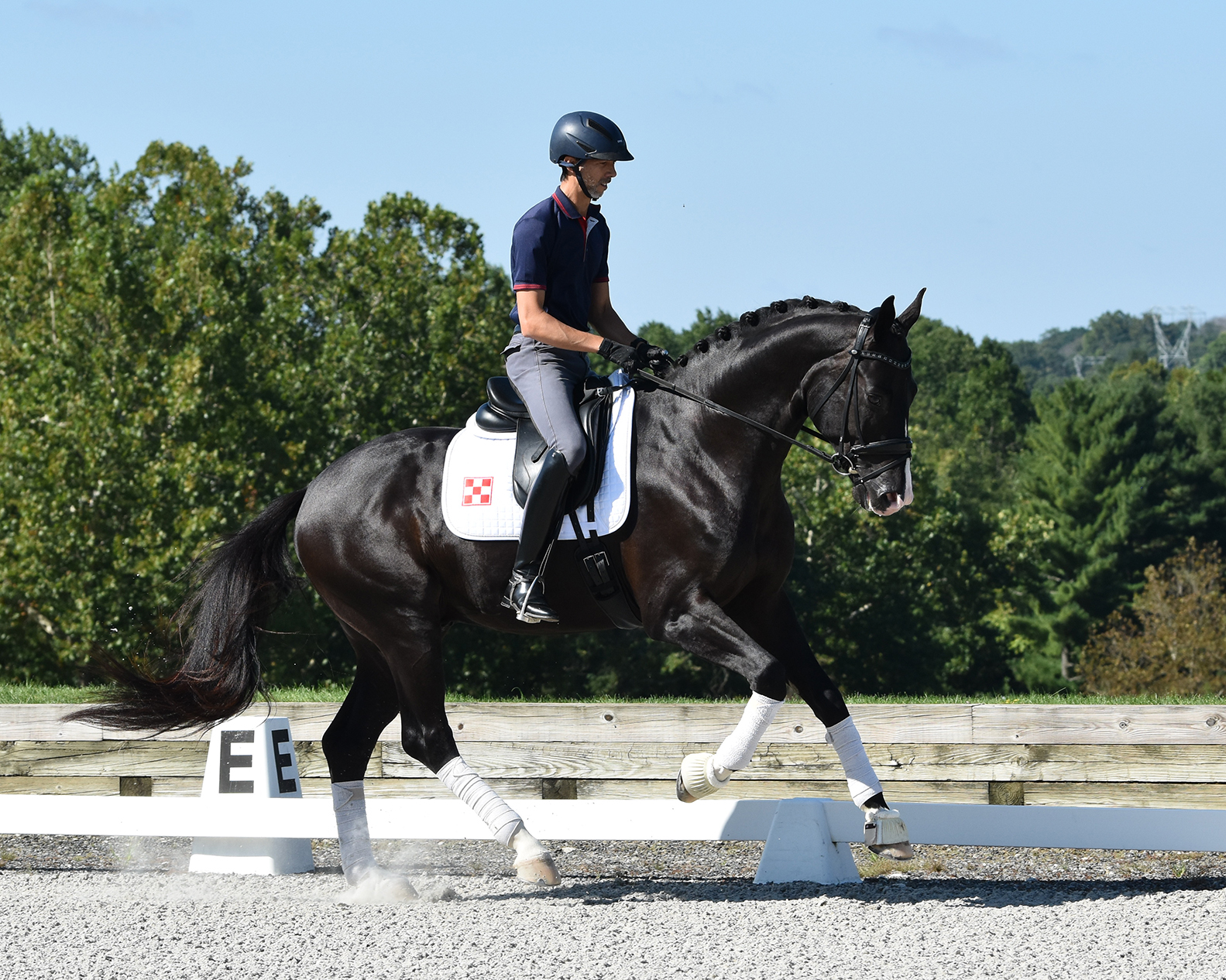 NEW for the 2023 breeding season! This charismatic, handsome black stallion brings three high-quality gaits and a fresh pedigree for our breeders.  Sir Real is by the influential sire Sir Donnerhall I. Sir Donnerhall’s influence rivals that of his sire Sandro Hit and we see both Sir Donnerhall and Sandro Hit ranked in the top 5 of the 2021 WBFSH Dressage Sire Ranking List. Sir Donnerhall has over 100 licensed sons, over 200 premium mares, and over 200 offspring that have competed through S Level Dressage.  The genetics of the family are strong and Sir Donnerhall’s full-sibling is a World Cup Finalist and Olympic competitor under Morgan Barbancon.

In his first year showing, Sir Real qualified for the USEF Young Horse National Championships with scores as high as 8.98 during the qualifying season. All three gaits consistently score over 8 and the walk is a particular highlight.  Sir Real finished the year ranked #4 in the Horse of the Year standings with a median score of 8.3. Sir Real also finished 2nd at the NA Stallion Sport Test with an overall score of 8.5 and high-praise from the judging commission. His rideability is a highlight, along with his beautiful type. Sir Real is currently licensed with the AHS, ARS, ISR/Oldenburg, GOV, and Westfalen.

2022: Qualified and competed at the USEF 4-Year Old National Championship

$650 Per Dose
Details: Cooled semen sold by the dose with no live foal guarantee.

2023 Contracts Coming Soon! Contact Us to be added to the list to receive a Sir Real’s 2023 contract when available.

$1,200 1-Season
Details: 1-Season multi-dose agreement. Rather than a rebreed season in 2024, this contract option offers a discount valued at 50% of the total breeding fee paid on this contract off a new 1-Season breeding agreement to any Hilltop Farm stallion during the 2024 season should your mare fail to conceive and maintain a pregnancy for 60-days.

EVA: Negative, Vaccinated Annually
This stallion has been tested for and vaccinated against EVA.  Given his negative status, it is not necessary to vaccinate your mare prior to breeding to this stallion
WFFS Tested: Negative N/N
This stallion is not a carrier of Warmblood Fragile Foal Syndrome (WFFS) and may be breed to both non-carrier and carrier mares without risk. For additional information on WFFS visit the Warmblood Fragile Foal Syndrome page on our website.
Color Tested: Heterozygous Black E/e
Sir Real carries both the black and red factor genes. He can produce both black and red based coat colors.

Sir Real will be available via cooled semen from March 13th, 2023 to July 31st, 2023. Stallions are only collected at the request of the breeder or their veterinarian, click here for instructions to Request A Semen Shipment.

Frozen semen from Sir Real is not available at this time. 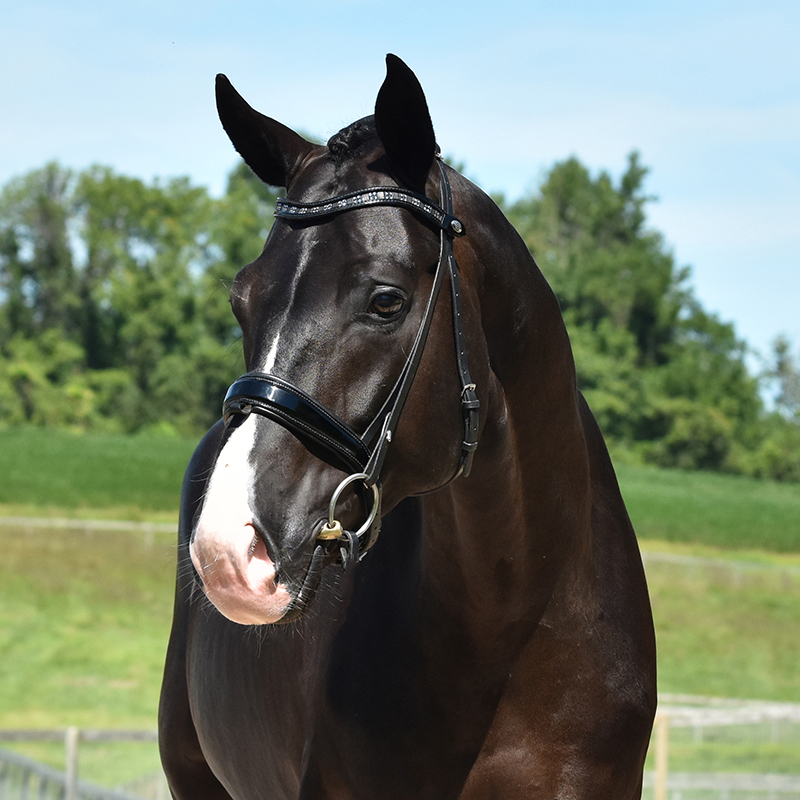