Raja HTF is the first Royal Prince daughter to enter the breeding program at Hilltop Farm.  A second generation mare for us, her dam was the Premium Oldenburg mare Parlez (Parabol – Consul).  The 1997 East Coast Champion for ISR/Oldenburg, Parlez was also the Champion of her Mare Performance Test. She had an active sport career in dressage, show jumping, and eventing prior to her full-time broodmare duties. In addition to a number of wonderful daughters, Parlez produced the approved stallion Innverness. Granddam Catinka was imported from Germany and her full sister produced the approved stallion Regazzoni. Raja’s sire, Royal Prince, is well known for his beautiful type, elastic gaits, and the wonderful rideability he passes on to his offspring.  Royal Prince was Reserve Champion at his 70-day test, earning 129.90 points overall. He placed 4th at the 2004 FEI World Championships for Young Horses and was the 2004 USEF National Champion. He continued competing through Prix St. Georges and won multiple championships along the way. Royal Prince was named the USEF Dressage Breeding Sire of the Year for five consecutive years. Raja showed lightly in-hand as a young horse.  At her American Hanoverian Society inspection as a 3-year old, Raja scored an overall 7.66 and was also named a Premium Mare with ISR/OldenburgNA later that fall.  She produced her first foal in 2009 and was brought back into training in 2010 in preparation for her AHS Mare Performance Test.  Earning the highest gait scores of the day, Raja completed her MPT with a 7.13 and is an Elite Mare with the AHS.  Raja has also received her D-OC predicate from the KWPN. Raja’s competition highlights include:

Raja’s foals consistently inherit her correct foundation, beautiful type, and sweet nature.  She’s crossed well on a variety of stallions for us and regardless of the stallion choice, we see her influence as well.  The Raja offspring have been very successful in-hand and her oldest are now showing well undersaddle.  Each year we look forward to the next wonderful foal from Raja. 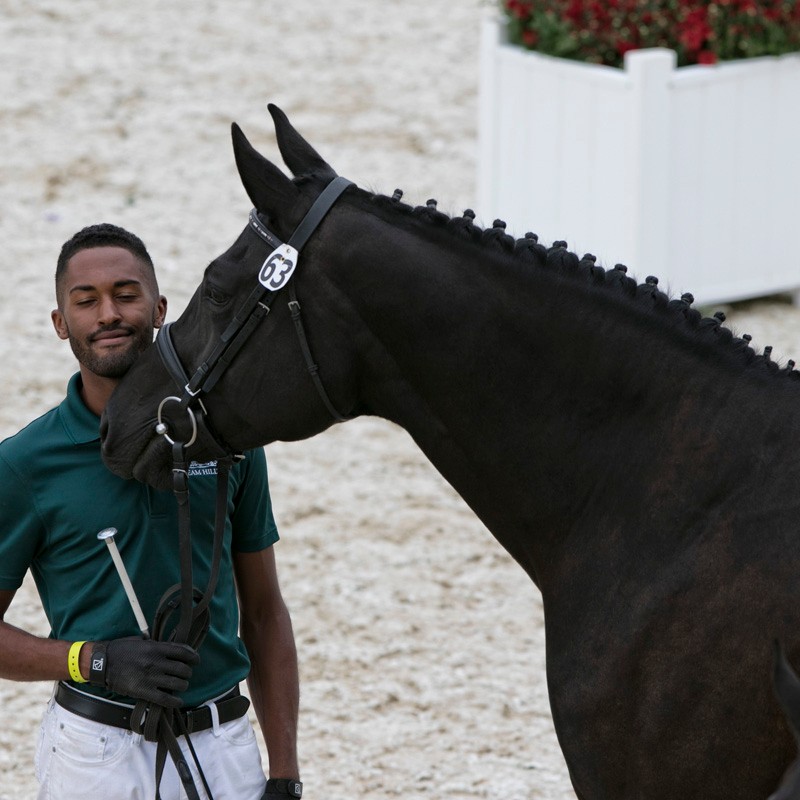 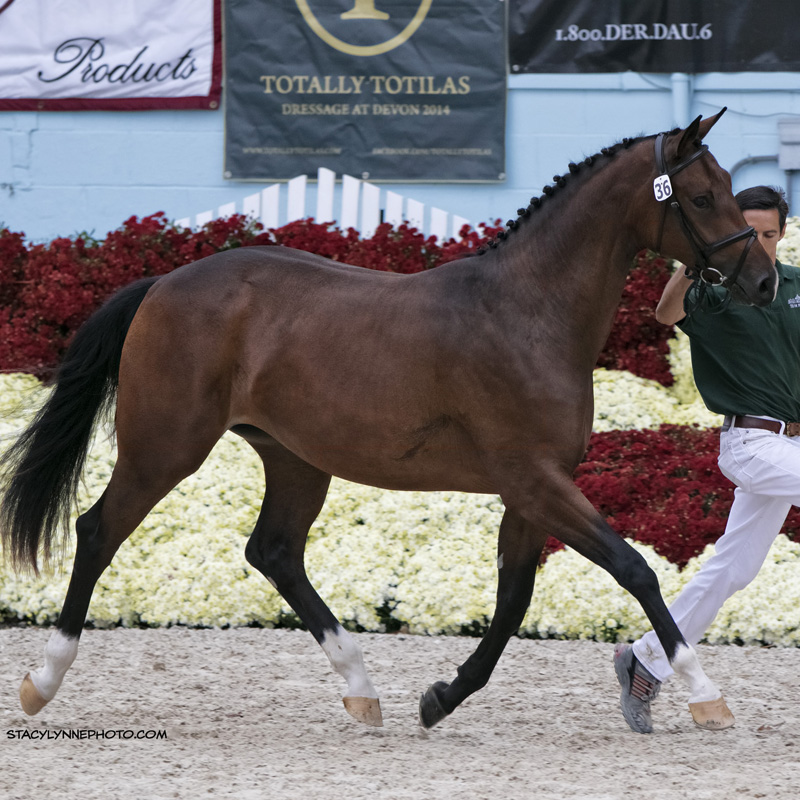 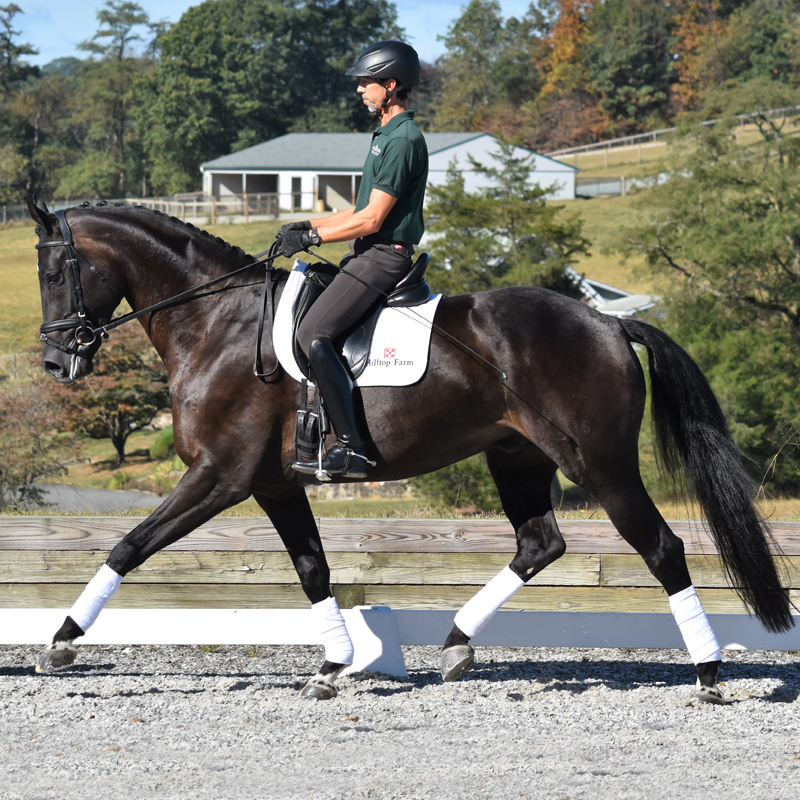 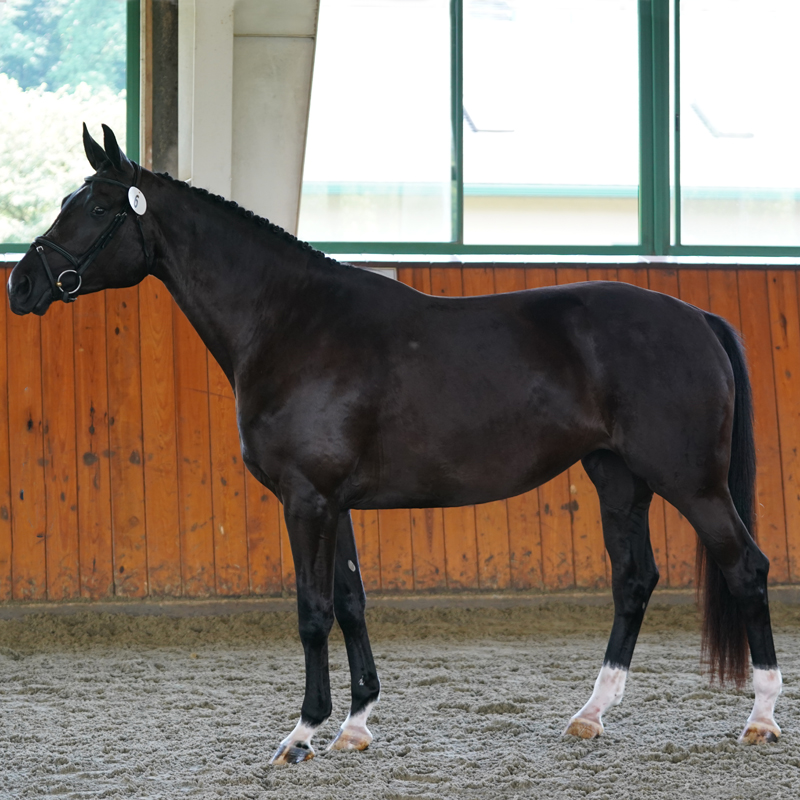 Colette HTF
Photo by Pics of You 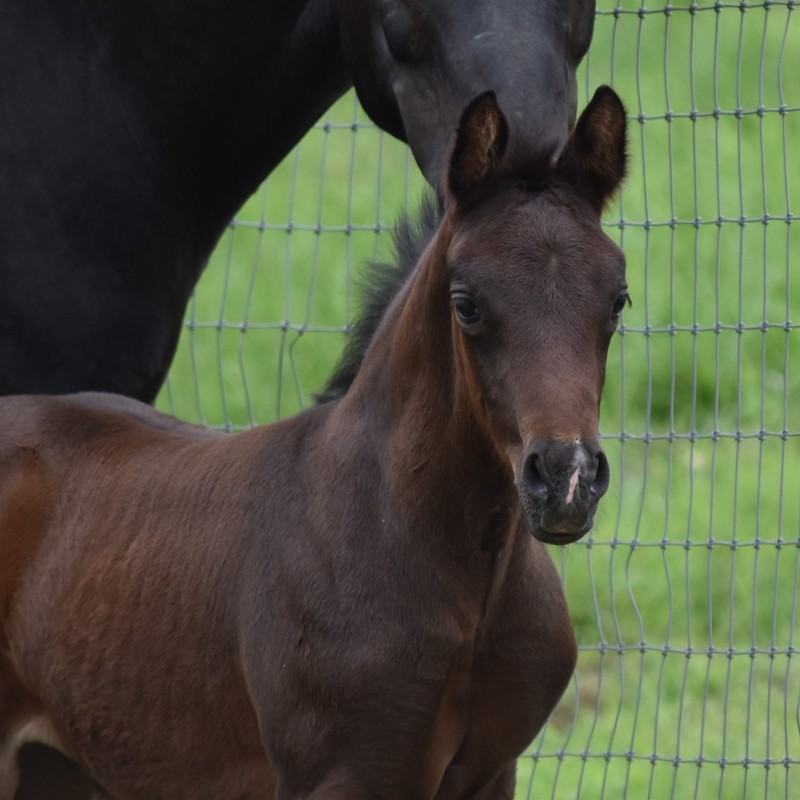 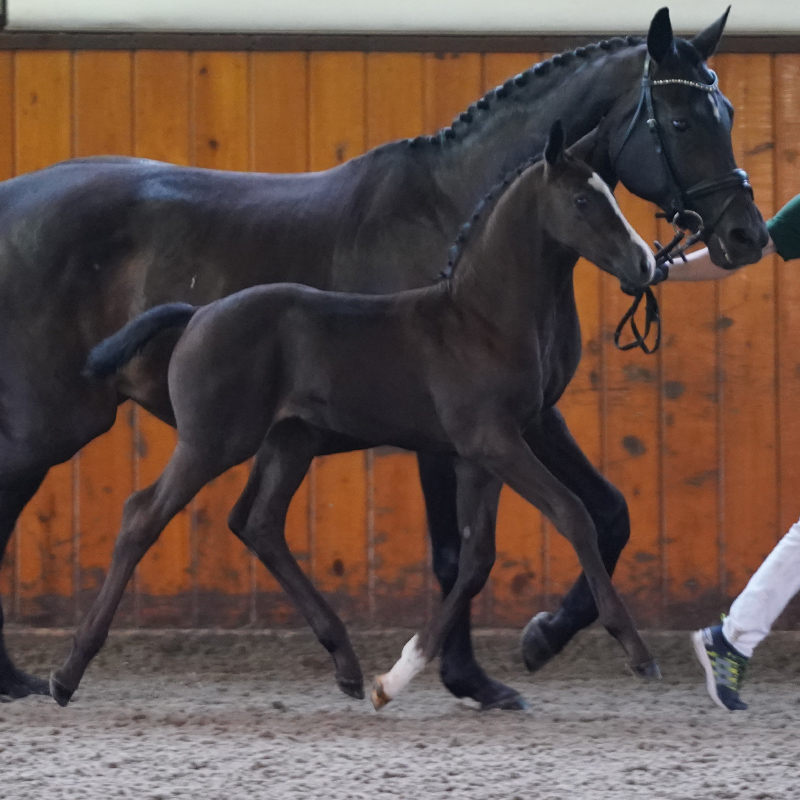