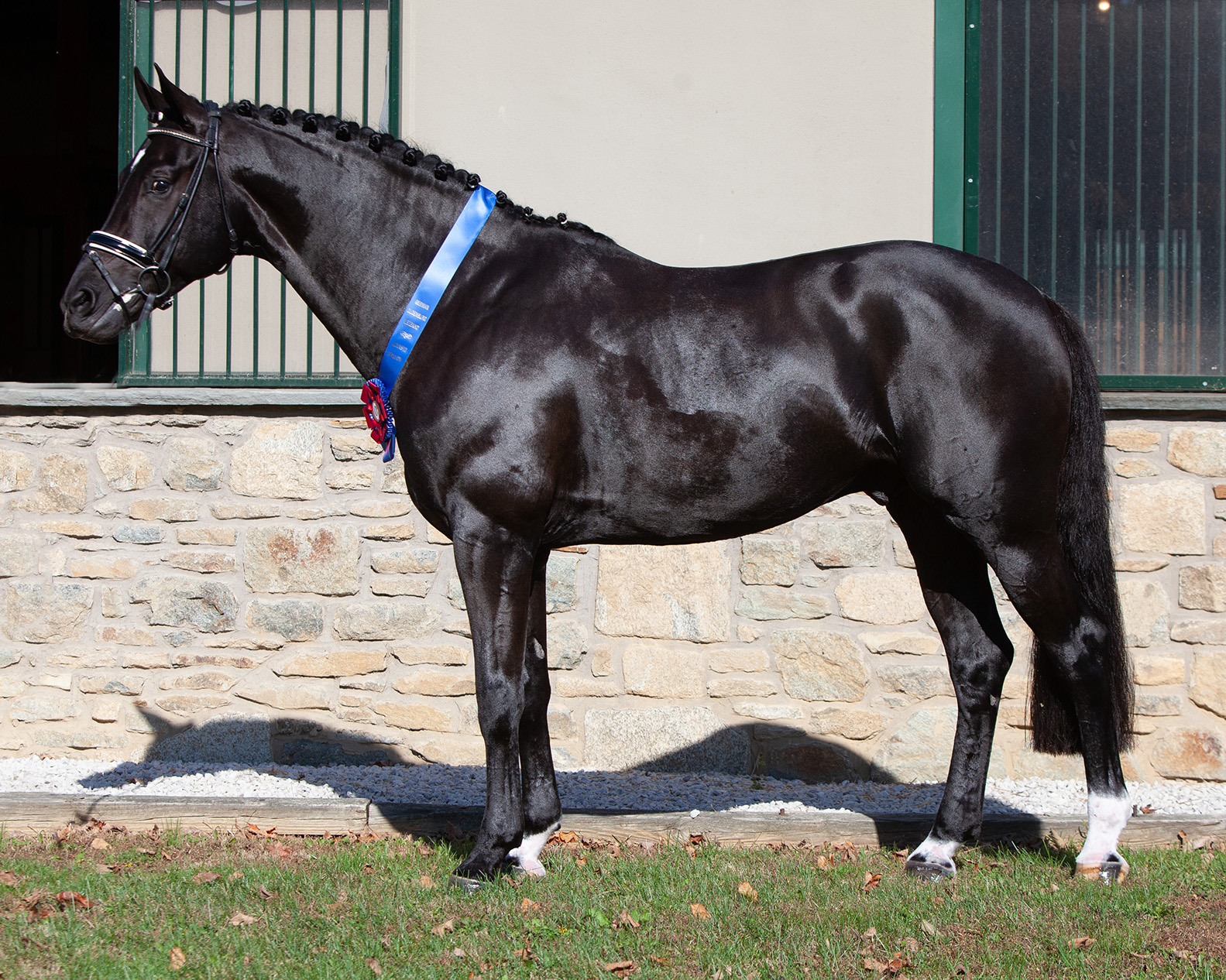 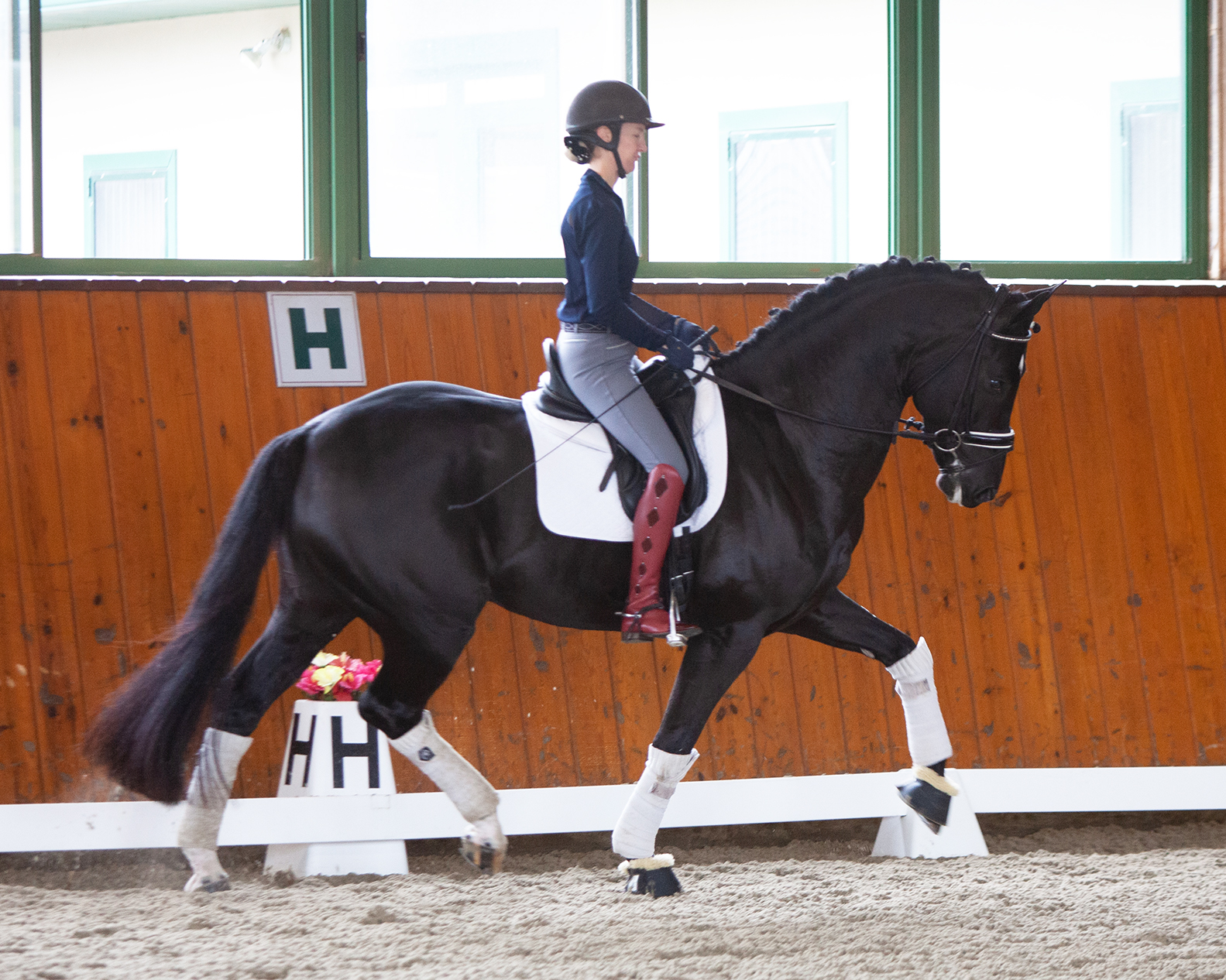 A dynamic new stallion for the 2023 season that offers a unique pedigree, excellent trainability, and the athleticism and movement needed for top sport.  Harvest was named Champion of the inaugural North American Stallion Sport Test in 2017, earning a high overall score of 8.61 and 9’s for his with the trot and overall impression. With each step forward in his career he’s continued to garner positive attention. In 2018, Harvest finished 4th at the USEF Young Horse National Championships and was Reserve Champion for Third Level AA at the US Dressage Finals.

Harvet’s sire Connaisseur successfully completed his KWPN Stallion Performance Test in 2011, earning no score less than 8.0.  The canter, posture and balance, rideability, and talent as a dressage horse being particular highlights earning scores of 8.5. Connaisseur then earned Top Ten placings in the PAVO Cup finals as both a 4 and 5-year old and has developed into a successful Grand Prix horse. As a sire, Connaisseur can count inspection champions, high-selling elite auction foals, PAVO Cup and World Young Horse Championship competitors, and his oldest offspring are proving successful at the FEI levels including the young International GP mare Haute Couture (ds. Krack C) .  Harvest’s dam Naomi has produced two elite mares, numerous performance horses, one licensed stallion in addition to Harvest, is the grand-dam to one additional licensed stallion.  Damsire Ulft was an exceptionally versatile producer with numerous dressage and jumping horses to his credit and is the sire of the influential stallion Ferro.

With performance primarily being the focus of Harvest’s career, he has only bred lightly. In 2021, the Harvest filly Relight My Fire was named finished in the top ten of the USDF East Coast Breeders Current Year Foal Championship.  We see Harvest’s clear stamp in his offspring that exhibit lots of elasticity and a powerful hindleg, a compact frame, good bone, and an nicely set neck. We are very excited to finally be able to make this top stallion more accessible for North American breeders.

$750 Per Dose
Details:  Cooled or frozen semen sold by the dose with no live foal guarantee.

2023 Contract Coming Soon! Contact Us to be notified when Harvest’s 2023 contracts are available.

EVA: Negative, Vaccinated Annually
This stallion has been tested for and vaccinated against EVA.  Given his negative status, it is not necessary to vaccinate your mare prior to breeding to this stallion
WFFS Tested: Negative N/N
This stallion is not a carrier of Warmblood Fragile Foal Syndrome (WFFS) and may be breed to both non-carrier and carrier mares without risk. For additional information on WFFS visit the Warmblood Fragile Foal Syndrome page on our website.
Color Tested: Heterozygous Black E/e
Harvest carries both the black and red factor genes. He can produce both black and red based coat colors.

Harvest is not available via cooled semen. Please see Frozen Semen for shipping costs and details on Harvest’s frozen semen. 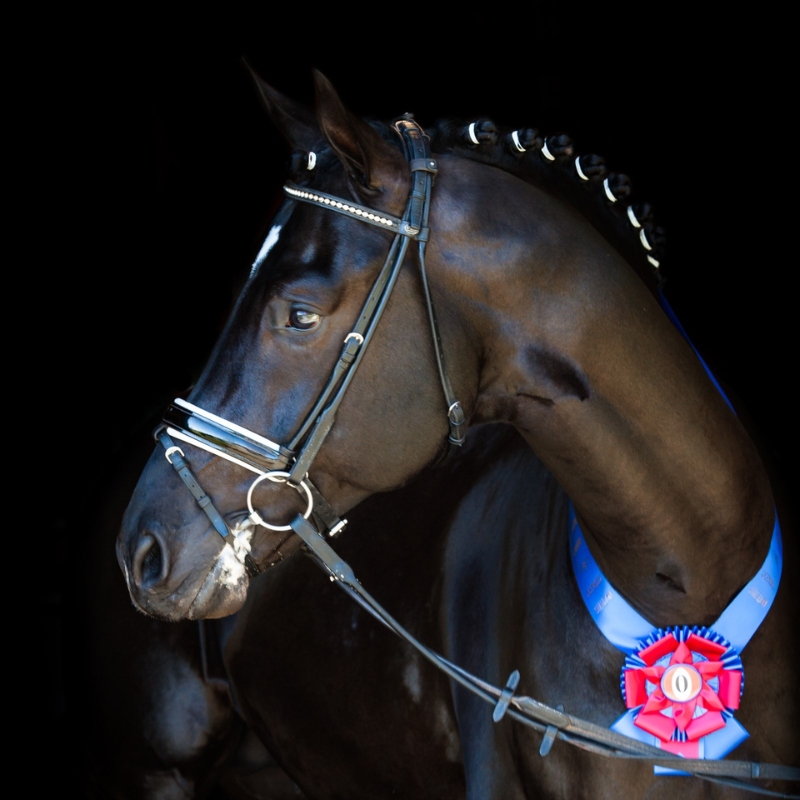