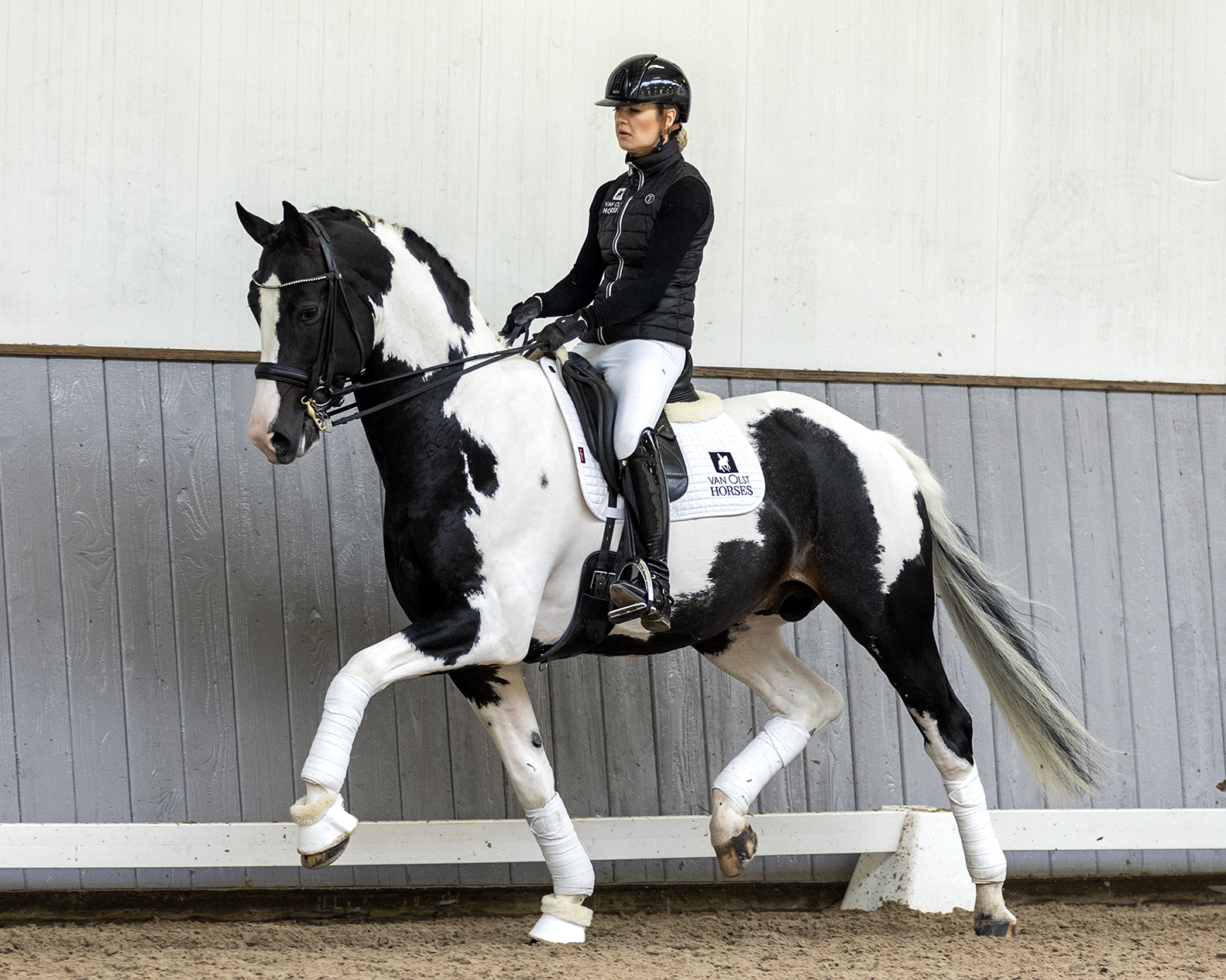 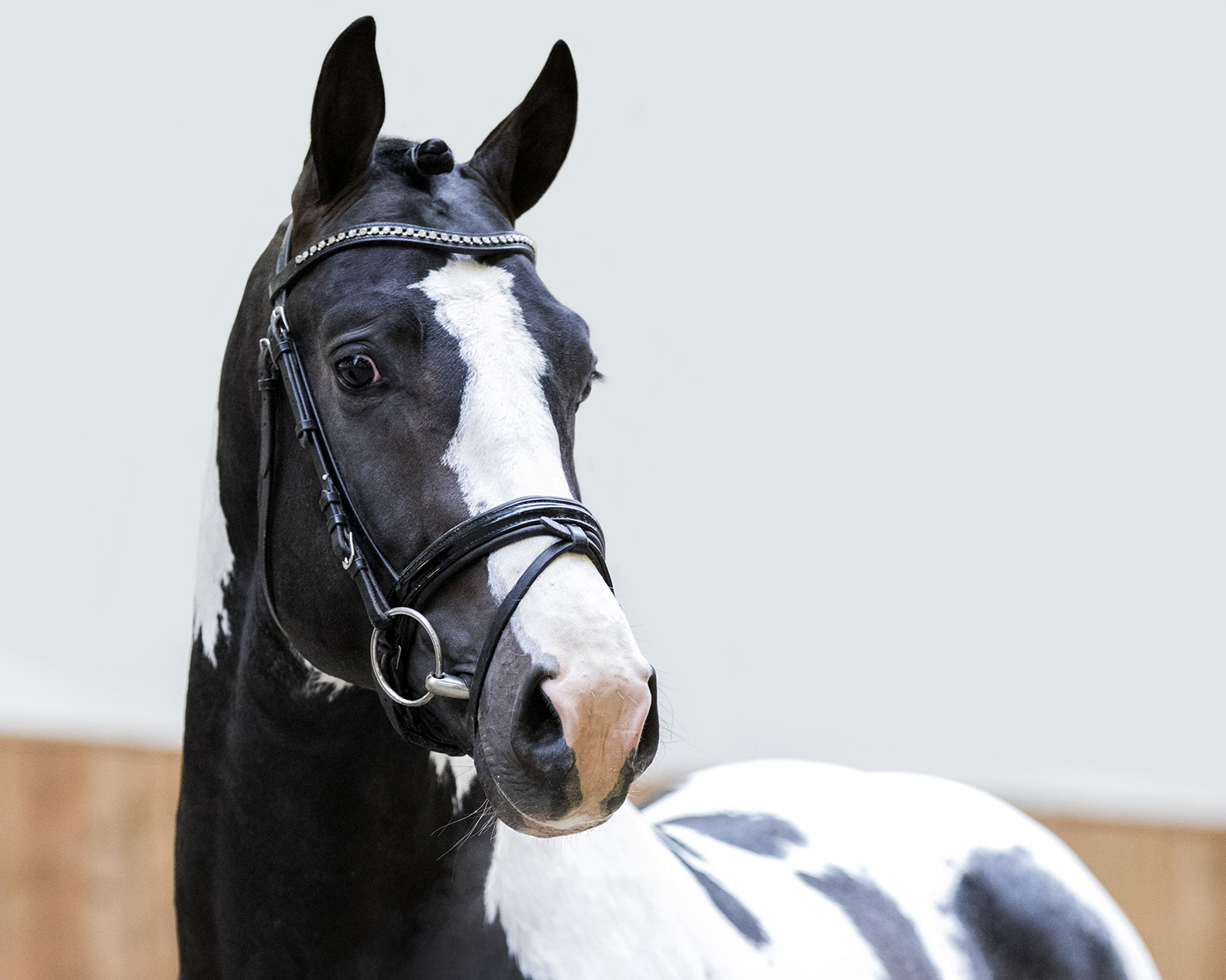 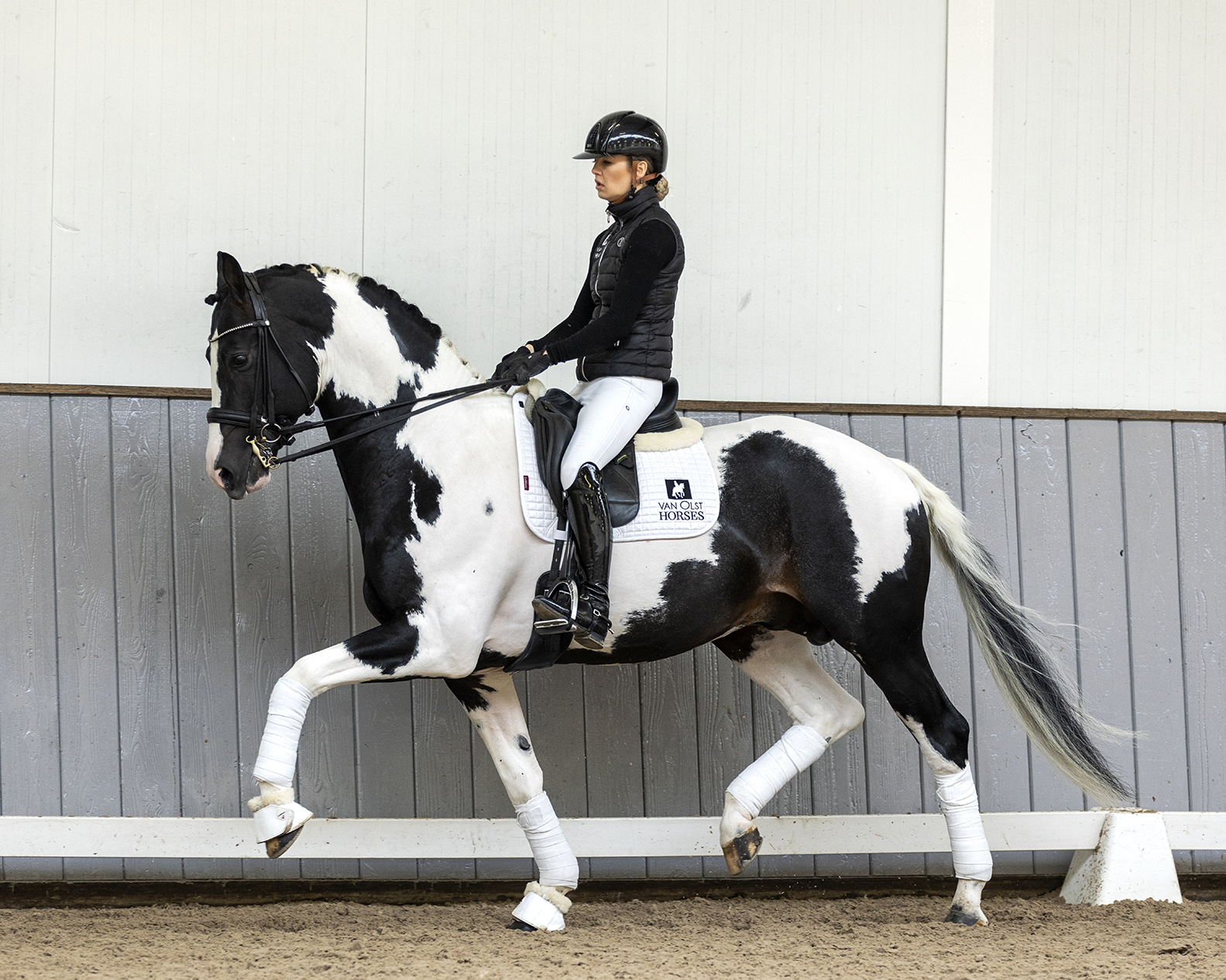 Night or Day is sure to catch your attention for more than just his distinct markings! Sired by the preferent stallion Negro, a proven sire of FEI Grand Prix horses. Sire of Olympic, World Equestrian Games, and World Cup winner Valego; as well as WBFSH 6 & 7-Year Old World Champion Kjento, Negro has repeatedly confirmed his value as a sire of top dressage talent.  Negro offspring have proven time and again they have the talent for the FEI work and are winning at the FEI levels with professionals, amateurs, and young riders.  An exceptional canter, active hindleg, and talent for collection are consistent across his offspring.

Night or Day’s dam is the exceptional producing Ster mare Mariska. Mariska has produced two licensed sons in addition to Night or Day, two elite daughters, and offspring successful in both dressage and jumping. Her sire Samber competed at Grand Prix dressage himself, but was a successful producer of both dressage and jumping horses. Great-grandsire Recruut was Grand Prix show jumper who earned exceptional scores at his KWPN Performance Test with no score less than 8 and perfect 1o’s for temperament and free jumping.

Night or Day completed his NRPS Performance Test in 2018 earning no score less than 8 and highlights of 9 for stable behavior and 8.5’s for canter, general impression, dressage test, and dressage potential. He was praised for his naturally forward thinking mentality, willingness to work, self-carriage, and balance. For breeders seeking top talent and eye catching markings, Night or Day is a top consideration.

EVA: Negative, Vaccinated Annually
This stallion has been tested for and vaccinated against EVA.  Given his negative status, it is not necessary to vaccinate your mare prior to breeding to this stallion
WFFS Tested: Negative N/N
This stallion is not a carrier of Warmblood Fragile Foal Syndrome (WFFS) and may be breed to both non-carrier and carrier mares without risk. For additional information on WFFS visit the Warmblood Fragile Foal Syndrome page on our website.
Color Tested: Heterozygous Black E/e
Night or Day carries both the red and black factor genes. He can produce both black and red based coat colors.

Night or Day is not available via cooled semen. Please see Frozen Semen for shipping costs and details on Night or Day’s frozen semen. 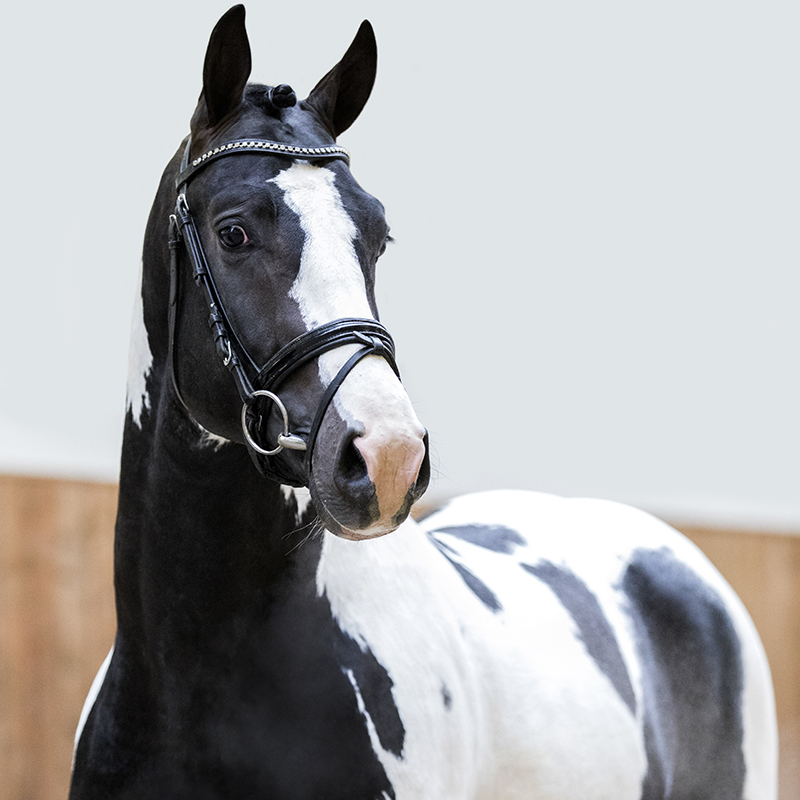