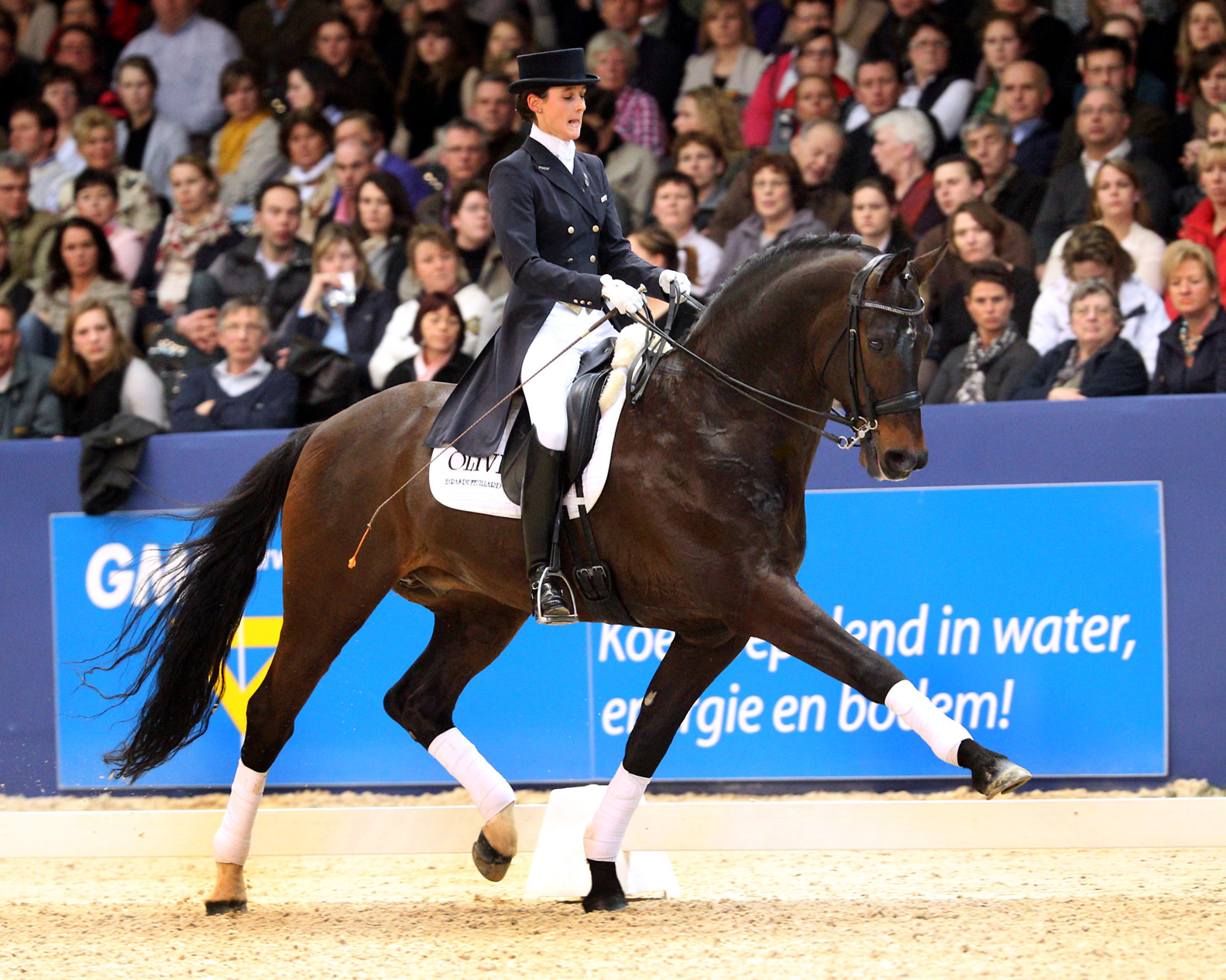 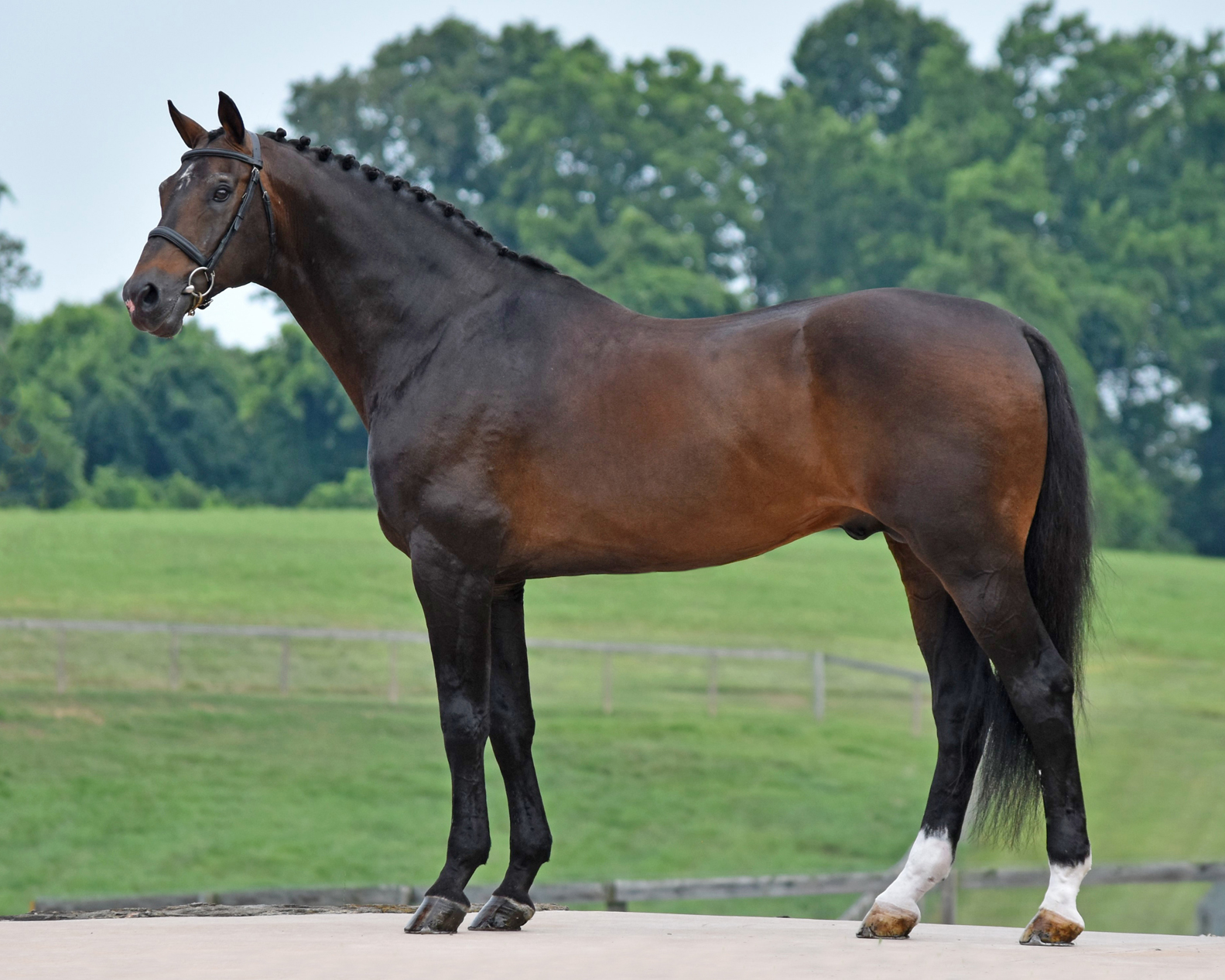 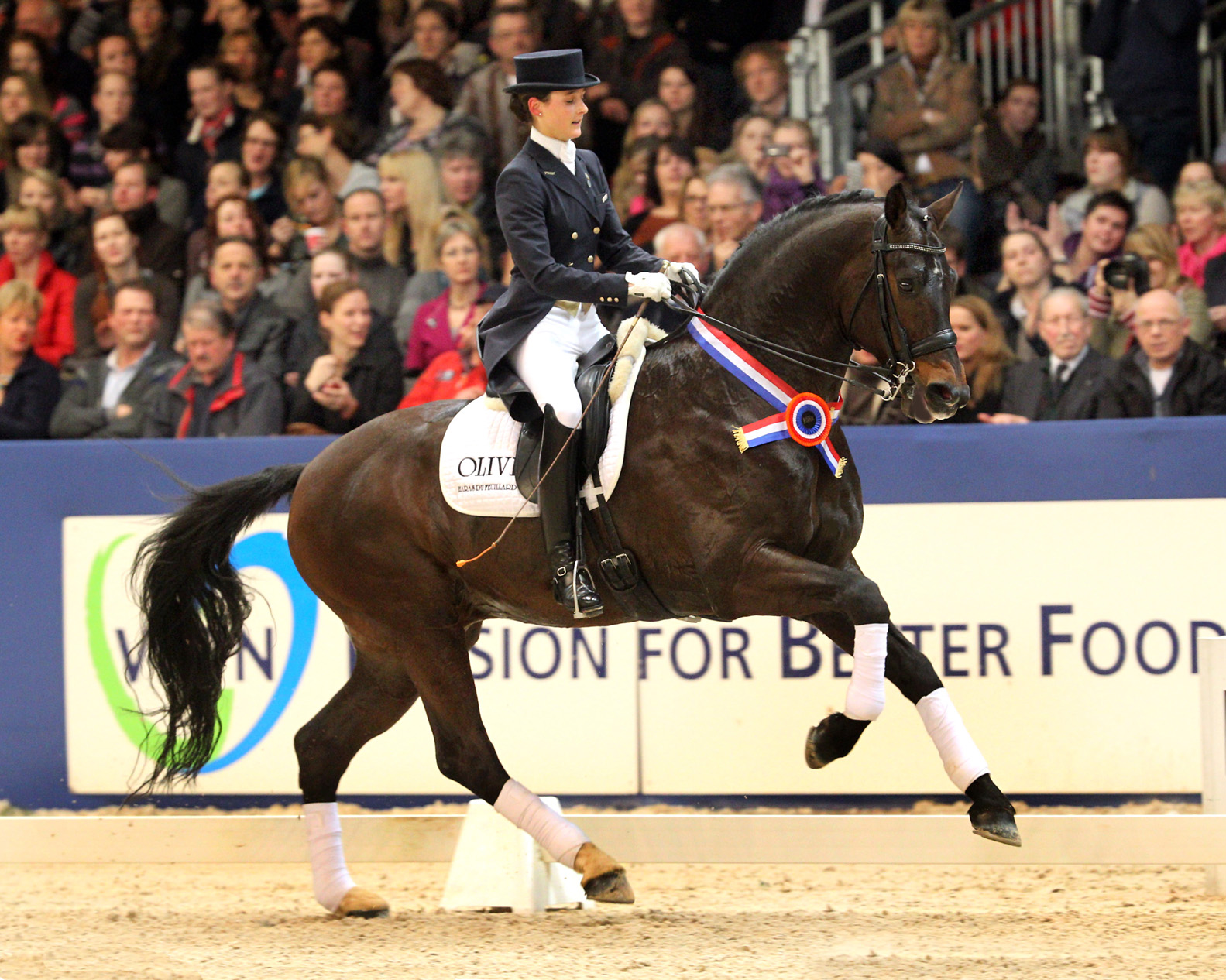 Pedigree, performance, and most importantly an incredibly strong record as a sire make Olivi a top contender for dressage breeders.  Olivi is sired by Jazz, one of the most significant sires in modern dressage breeding.  An international competitor himself, Jazz currently stands #1 on the WBFSH Dressage Sire Rankings and is the sire of international stars such as Johnson, Parzival, and Vancouver K.  Jazz’s sire Cocktail was also a successful Grand Prix horse under Anky van Grunsven.

Olivi’s dam descends from the famous Utopia mare line, one of Holland’s prized mare families that produced both dressage horses and jumpers.  Famous stallions such as Vivaldi and Arko III also come from the Utopia mare line.  Olivi’s damsire Aktion competed in the European Championships, World Equestrian Games, and Olympics.

Olivi was Reserve Champion of his KWPN Stallion Selection.  His competition record includes placings in the PAVO Cup Finals, the French Young Rider Championships, and at the CDI Grand Prix level.

Olivi’s offspring have earned him the incredibly high Dressage Index of 175 and he stands 2nd behind his sire on the KWPN Sire Rankings and was ranked 18th on the 2018 WBFSH Dressage Sire Rankings.  He has sired many Keur/Elite daughters, two approved sons, and is the damsire for additional licensed stallions.  His offspring have been consistent winners from the Young Horse classes up through Grand Prix in both Europe and the US.  In 2018, the Olivi son Triviant competed at the World Cup Finals & World Equestrian Games, Zo’dan won the Intermediate I AA Championships for USDF Region 6, and almost all of his US-born offspring earned First Premium at their keurings.

To breed your next champion, start with a proven sire like Olivi.

Performance Test: Scores of 8 for walk, trot, & talent as a dressage horse

2010: Awarded Keur status by the KWPN

$1,500 1-Year
Details: 1-Year multi-dose agreement via frozen or refreshed frozen semen. Rather than a rebreed year in 2022, this contract option offers a discount valued at 50% of the total breeding fee paid on this contract off a new 1-Year breeding agreement to any Hilltop Farm stallion during the 2022 season should your mare fail to conceive and maintain a pregnancy for 60-days.

EVA: Negative, Vaccinated Annually
This stallion has been tested for and vaccinated against EVA.  Given his negative status, it is not necessary to vaccinate your mare prior to breeding to this stallion
WFFS Tested: Negative N/N
This stallion is not a carrier of Warmblood Fragile Foal Syndrome (WFFS) and may be breed to both non-carrier and carrier mares without risk. For additional information on WFFS visit the Warmblood Fragile Foal Syndrome page on our website.
Color Tested: Heterozygous Black E/e
Olivi carries both the black and red factor genes. He can produce both black and red based coat colors.
Additional Testing Through Etalon Equine Genetics
Olivi has DNA on file with Etalon Diagnostics and is included in the Build-A-Horse module. With submission of your mare’s DNA, Etalon can provide feedback on potential characteristics of a foal resulting from Olivi and your mare. Use the code HILLTOP10 to receive a 10% discount off genetic testing through Etalon Equine Genetics.

Olivi is not available via cooled semen. Please see Frozen Semen for shipping costs and details on Olivi’s frozen semen. 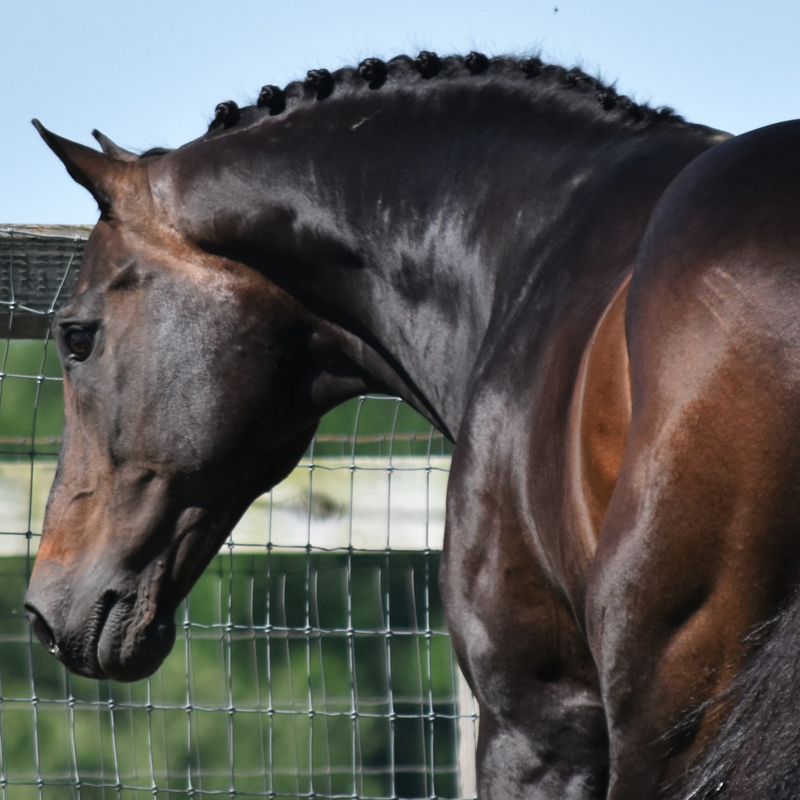 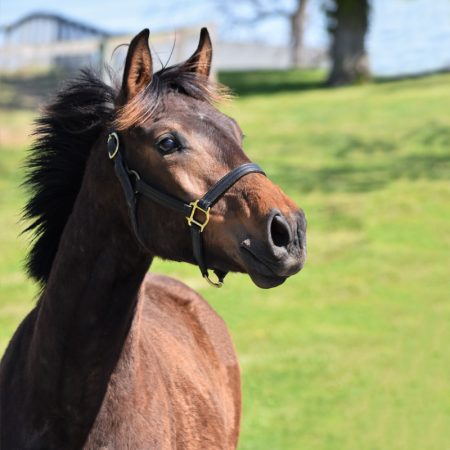 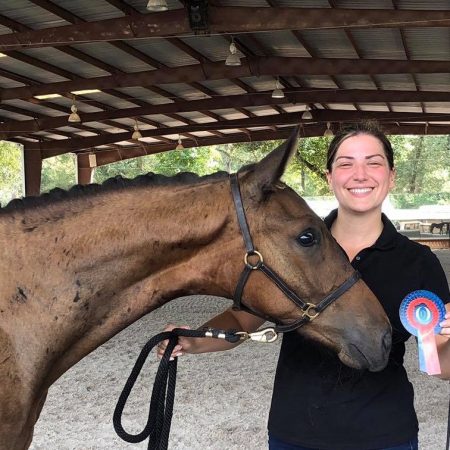 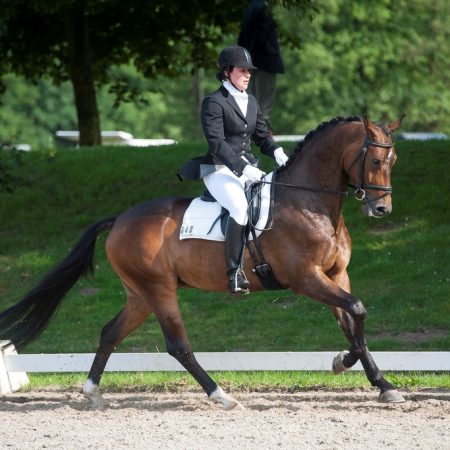 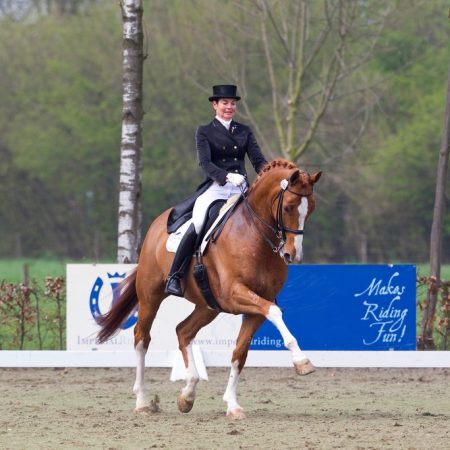 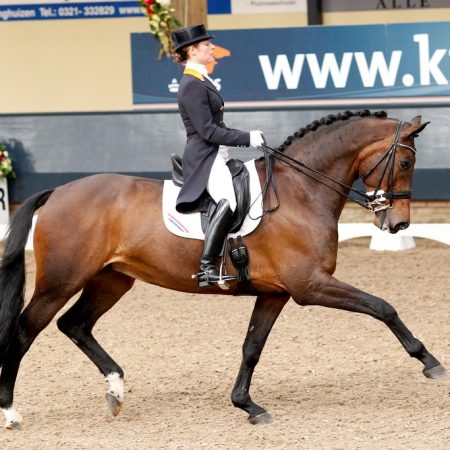 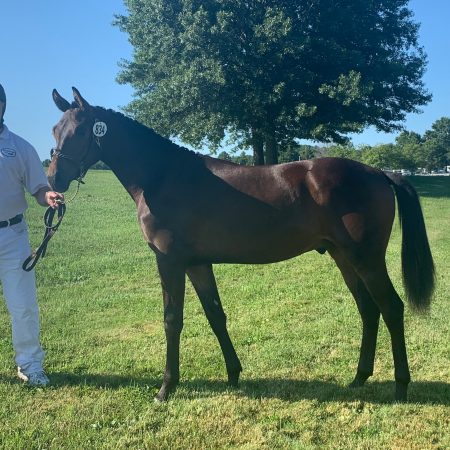 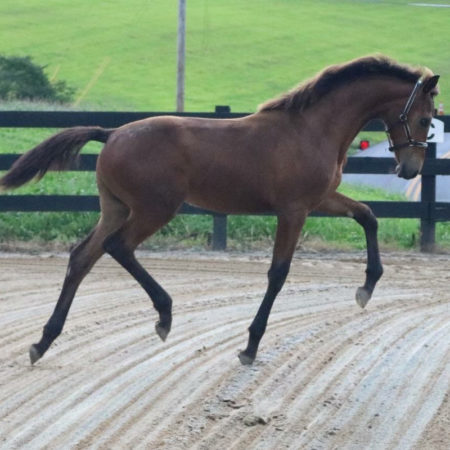 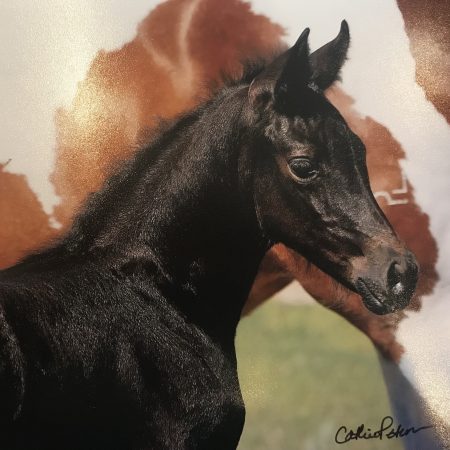 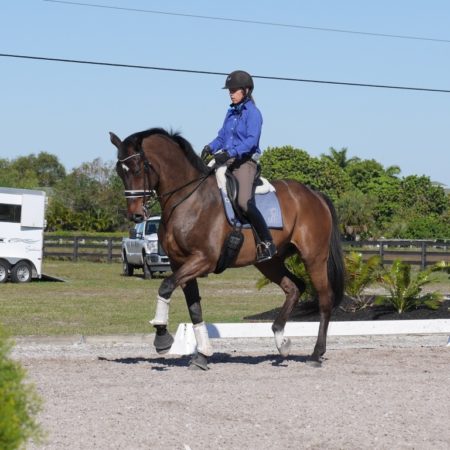 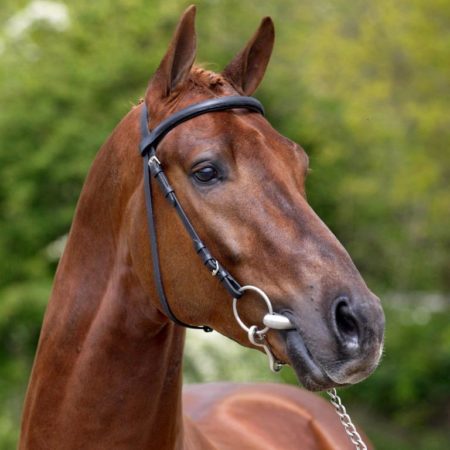 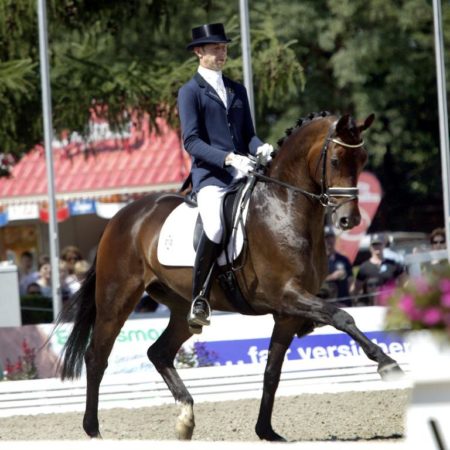 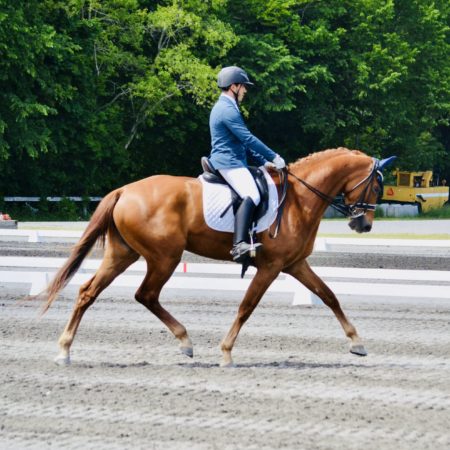 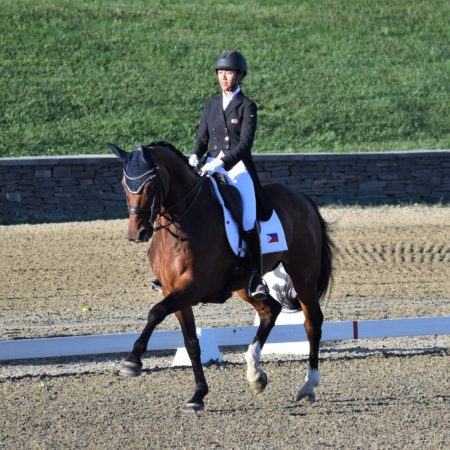 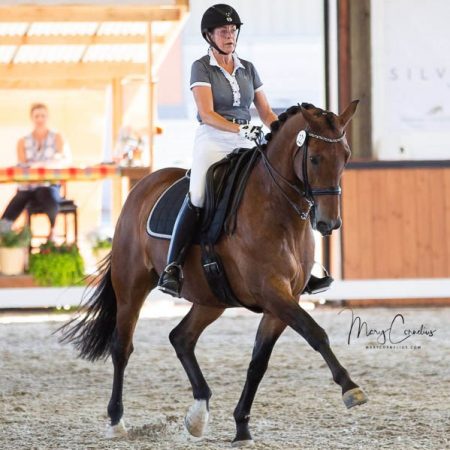 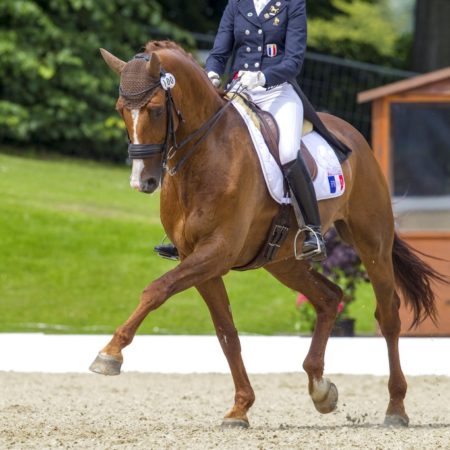 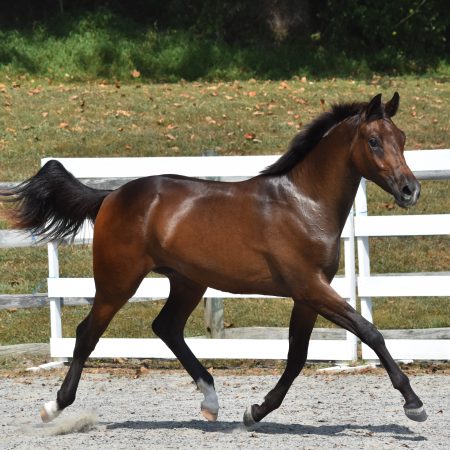 (Olivi x Jasmijn/Sit This One Out xx) 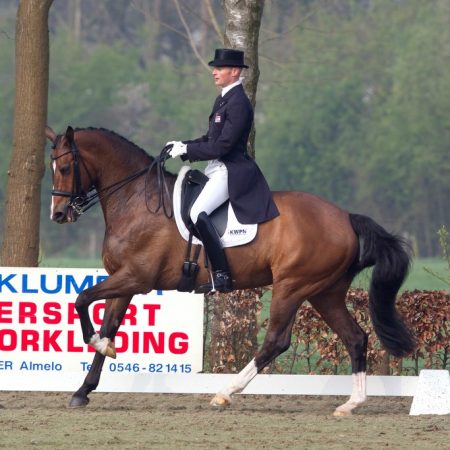 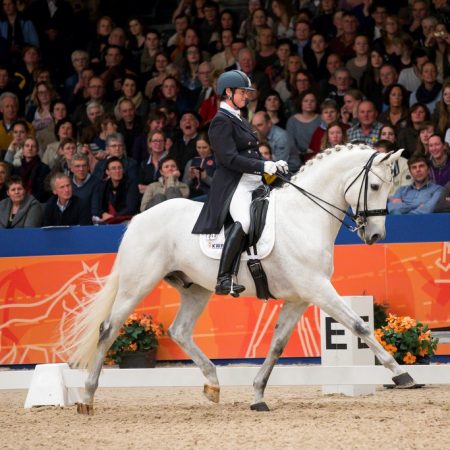