Each year the United States Dressage Federation honors one breeder as the USDF Dressage Breeder of the Year and we are very excited to share that Hilltop Farm was the recipient for this award in 2013.

The Breeder of the Year award winner is determined on a point system, with each horse ranked in the USDF Horse of the Year, FEI, and/or USEF Young Horse Year-End awards contributing points to their breeder’s ranking.  A maximum of five horses’ scores will be used in tallying each breeder’s points.  The horses that  contributed to Hilltop Farm earning this award were: Boccaccio IOF (Bugatti-Rubinstein), Bellatesse HTF (Bugatti-Cordoba), Con Dia (Contucci-Cor Noir), Pacino (Parabol -Cor Noir), Firenzi (Festrausch-Riverman).

It is with a broken heart that we share the news of Royal Prince’s passing this week. Late in the afternoon of January 20th Royal Prince presented an acute colic and was immediately taken to New Bolton Center. Unfortunately due to complications discovered during surgery, the only humane choice was to euthanize him. 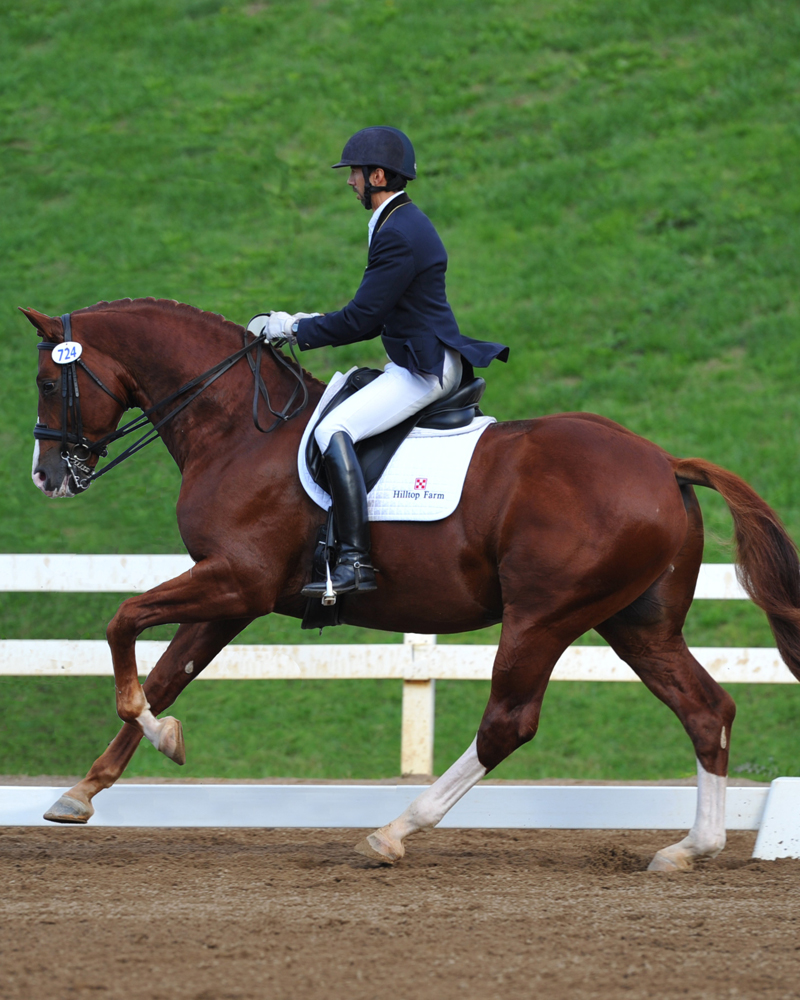 This weekend Michael Bragdell headed down to the CBLM Championships & VADA Fall Show in Lexington, VA. Balissa HTF (Bugatti-Contucci) tied for 1st in her Third Level Test 1 on Friday with a 66.184% and improved her score in Saturday’s Third Level Championship with a 67%.

For many Warmblood enthusiasts, just the mention of the famous stallion Riverman is enough to send chills down their spines. The stunning grey Holsteiner, who currently stands at stud at Hilltop Farm in Colora, Maryland, was the Reserve Champion at his stallion licensing, and was a Verband stallion in Germany for the first part of his life.

Kristi Nunnink's default expression is a smile. It doesn't matter how hard she's working, what level she's riding or how the horse under her is performing -- her mouth curls faintly upward, unforced. It may just be a coincidence of facial structure, or it may be a product of years of habit. But either way, the expression fits her, because Nunnink may very well be the happiest rider at Rolex Kentucky. At 48, she's heading to her first CCI**** with her horse of a lifetime.