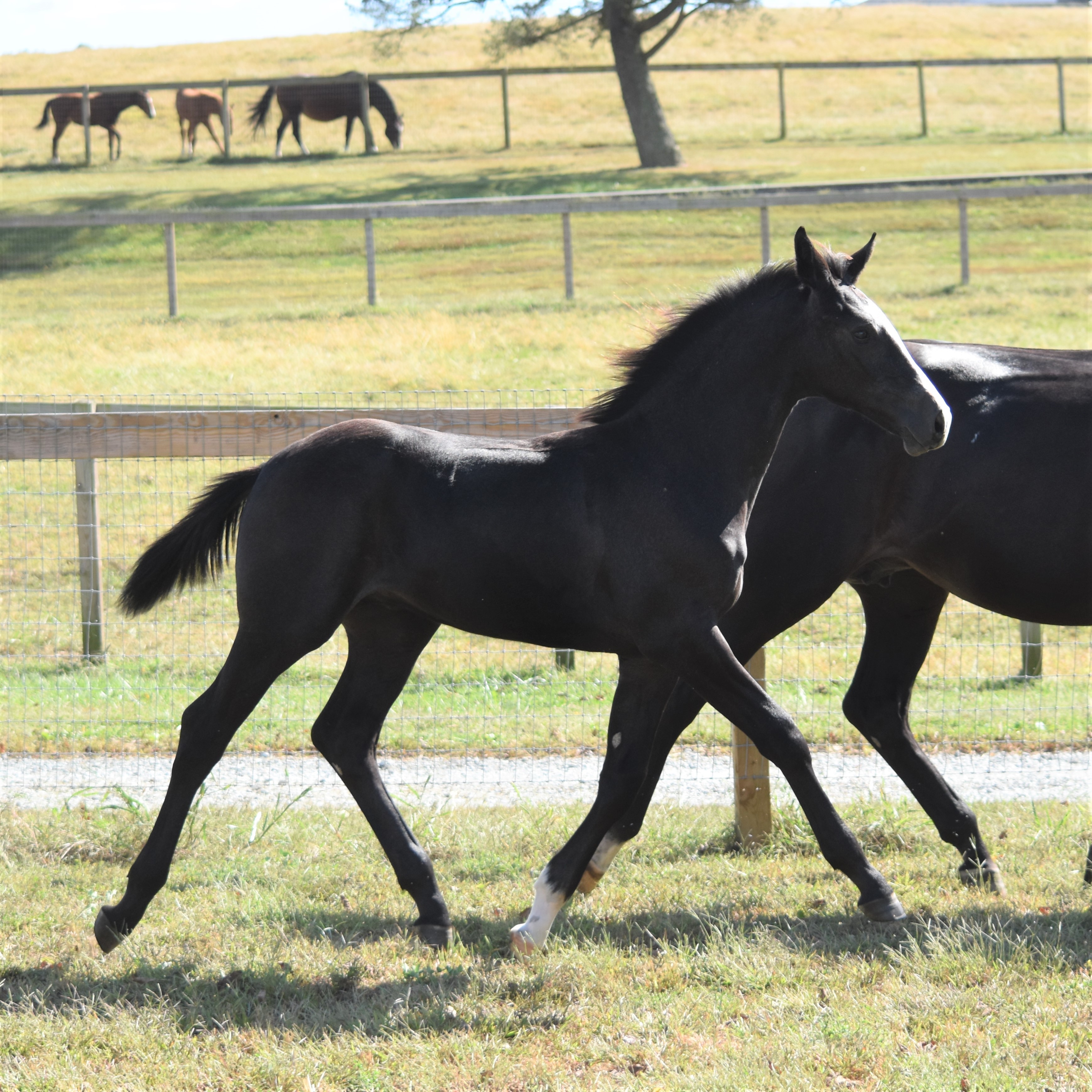 Rigley was awarded the new Gold Medal Foal award at his Hanoverian Inspection!  The inspectors praised his type as well as his rhythmical, uphill, and light-footed movement and the staff gave him a ‘gold star’ for behavior, so it’s everything we could have hoped for!

Rigley’s sire, Riverman, has been one of the most influential stallions in North America.  He has sired offspring that have competed at the top levels in eventing, show jumping, dressage, hunters, and even combined driving.  He has been the USEF Eventing Sire of the Year an unprecedented five times and was the top-ranked US-based show jumping sire for three consecutive years.

Rigley’s dam is an Elite Hanoverian mare that has been a very successful producer for both hunter and dressage prospects.  Her sire, Royal Prince, finished 4th at the World Championships for Young Horses and competed to Prix St. Georges and grandsire Parabol was a successful jumper and Grand Prix dressage horse.

Rigley’s full-brother, Ripken HTF, has been a very successful show hunter with top placings under both a pro and an AA.  Rigley is a bright, fun to work with young horse with the pedigree and quality to be a top performer as well.