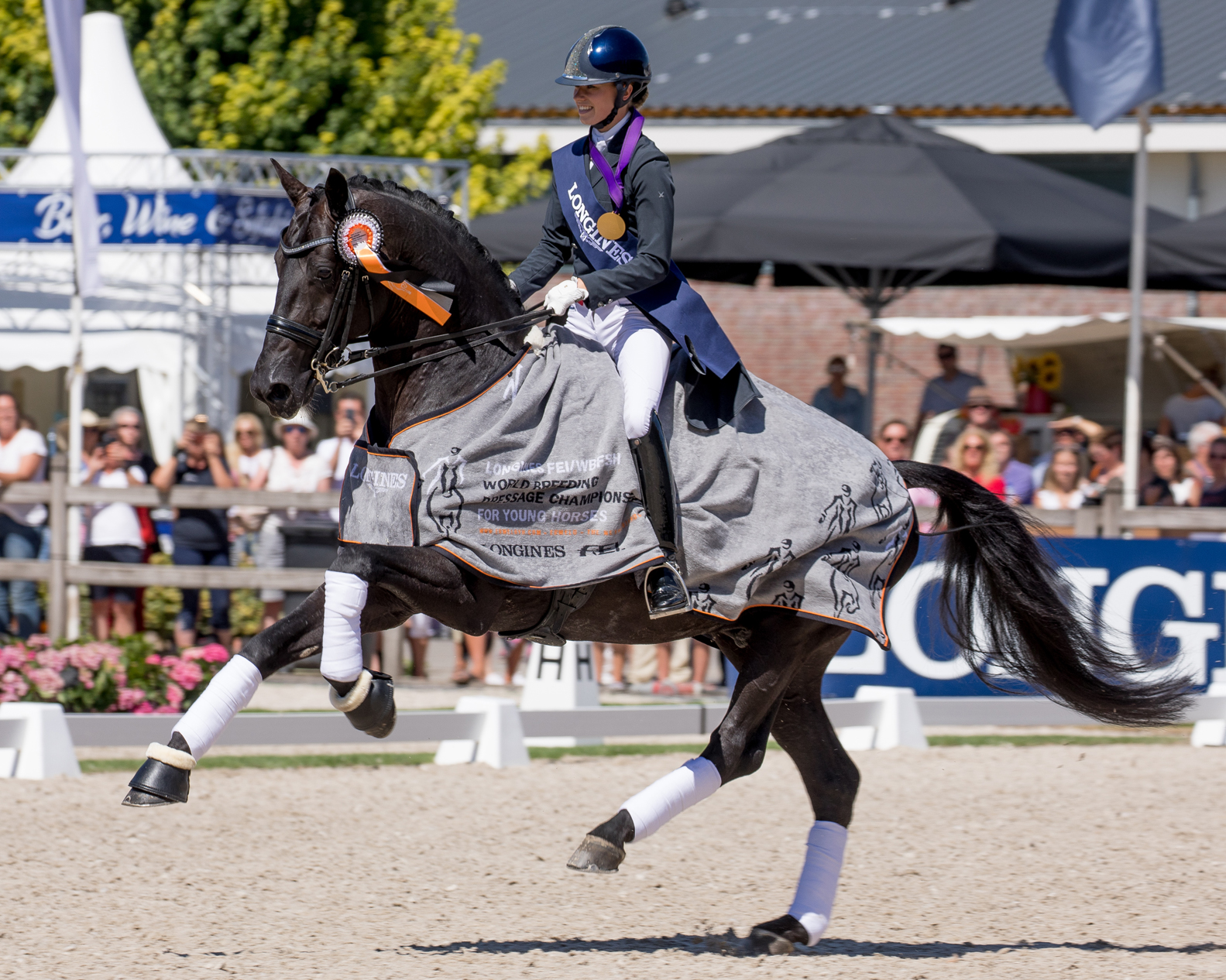 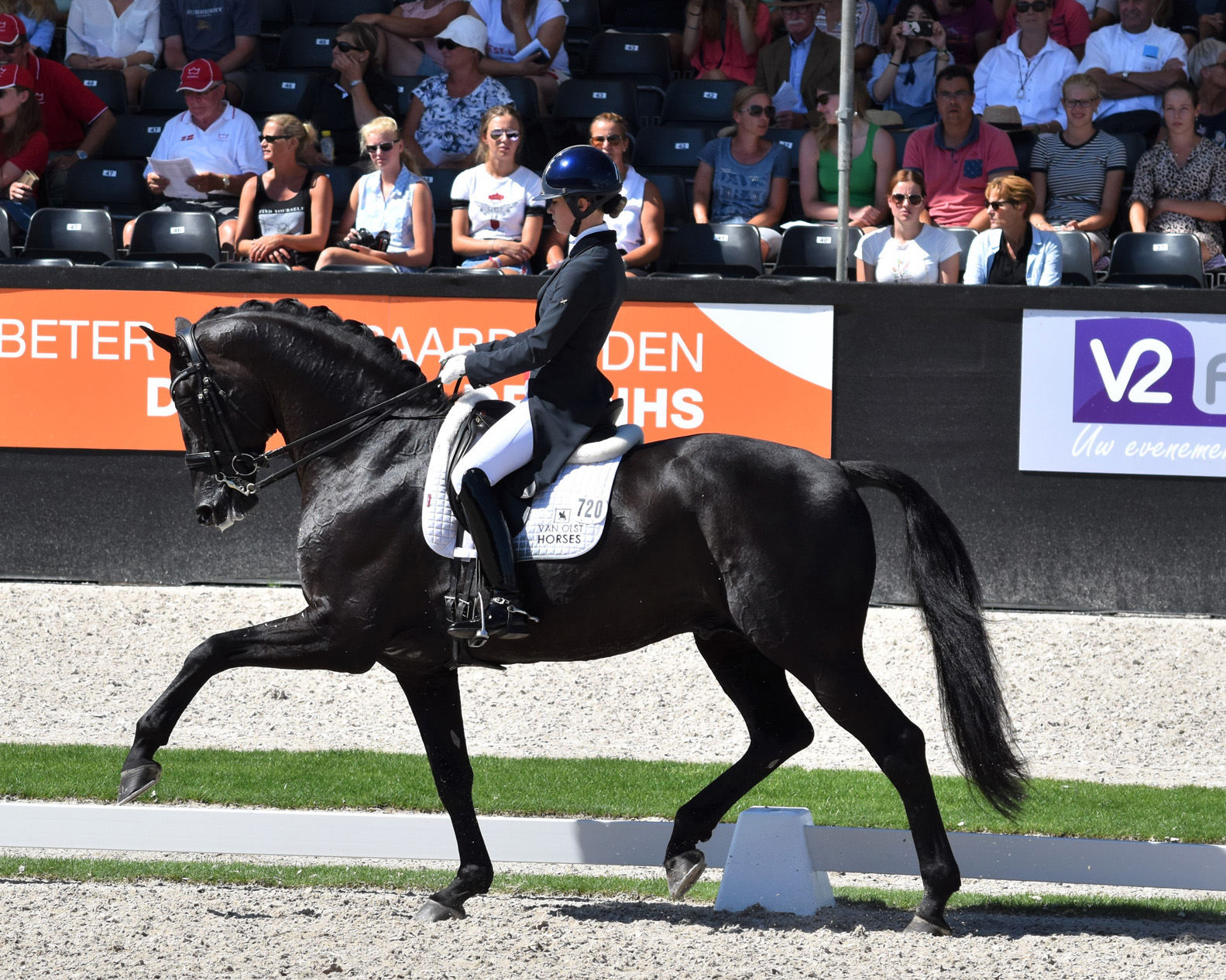 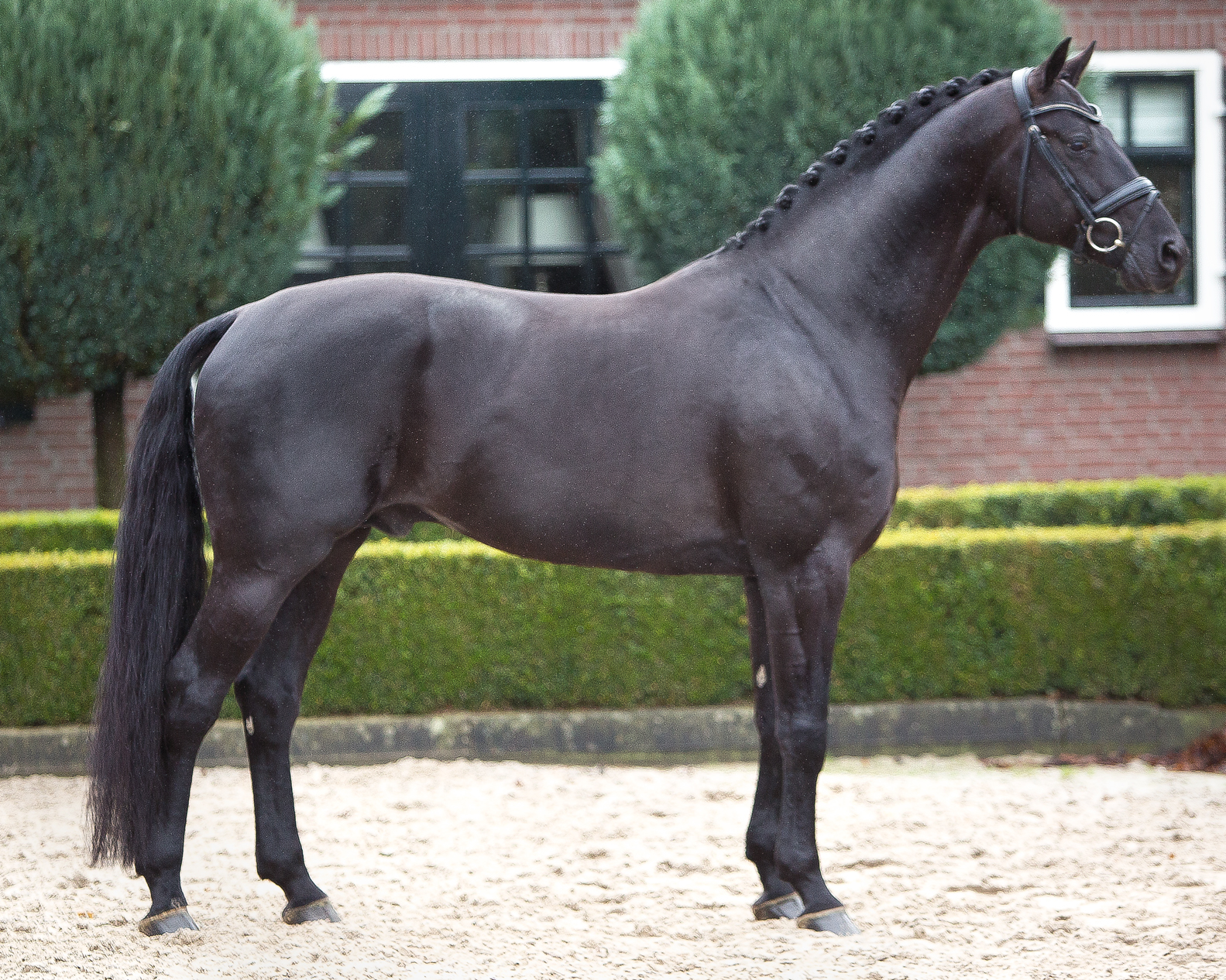 Glamourdale is the stallion that everyone is talking about! He was named Champion of the 2014 KWPN keuring and placed second at his Stallion Performance Test, earning scores of 9 for his canter and balance and 8.5 for trot, elasticity, rideability, and talent as a dressage horse. In both his 4-year old and 5-year old years, Glamourdale finished in the top ten of the PAVO Cup Finals and finished 10th in the WBFSH World Championships as a 5-Year Old. In 2018, Glamourdale commandingly won FEI World Championships for Young Horses where he earned scores of 9.8 for his trot and a 10 for the canter. His upward trajectory has continued into 2019 where he confidently made the move up to the PSG/Intermediate work and won at Aachen, one of the world’s most prestigious shows, with scores of 77% and 80%. His national Grand Prix debut came with a massive score of 77.9%!

Glamourdale’s sire, Lord Leatherdale, was Reserve Champion of his Stallion Performance Test and is a successful FEI competitor.  Glamourdale’s dam has been a strong producer including two Elite daughters and she is a half-sister to the approved Grand Prix stallion Numberto.  Damsire Negro was a very promising FEI horse whose offspring are winning internationally at Grand Prix, including the Olympic Gold Medalist, World Cup Winner, and World Equestrian Games Gold Medalist, Valegro.

Glamourdale and his offspring have been well received by breeders. Glamourdale had 12 sons from his first foal crop selected for the 2018 KWPN Stallion Licensing Pre-Selection.  In 2020 the Glamourdale son Kuvasv was selected to represent Holland in the World Breeding Championships for Young Horses and, in the US, Kyro placed 8th in the US National Young Horse Championships for 5-Year Olds. Glamourdale’s offspring are winning at inspections and riding horse competitions already. With size, power, and fantastic scope to the movement, Glamourdale offers the very qualities dressage breeders are seeking.

Performance Test: 8’s or higher in all scores

$2,800 1-Year Agreement
Details: 1-Year multi-dose agreement. Rather than a rebreed year in 2022, this contract option offers a discount valued at 50% of the total breeding fee paid on this contract off a new 1-Year breeding agreement to any Hilltop Farm stallion during the 2022 season should your mare fail to conceive and maintain a pregnancy for 60-days.

Glamourdale’s 2021 Book for 1-Year Breeding Agreements is full. Contact Us to be put on Glamourdale’s wait list.

EVA: Negative, Vaccinated Annually
This stallion has been tested for and vaccinated against EVA.  Given his negative status, it is not necessary to vaccinate your mare prior to breeding to this stallion
WFFS Tested: Negative N/N
This stallion is not a carrier of Warmblood Fragile Foal Syndrome (WFFS) and may be breed to both non-carrier and carrier mares without risk. For additional information on WFFS visit the Warmblood Fragile Foal Syndrome page on our website.
Color Tested: Untested
Glamourdale has not yet been color tested.

Glamourdale is not available via cooled semen. Please see Frozen Semen for shipping costs and details on Glamourdale’s frozen semen. 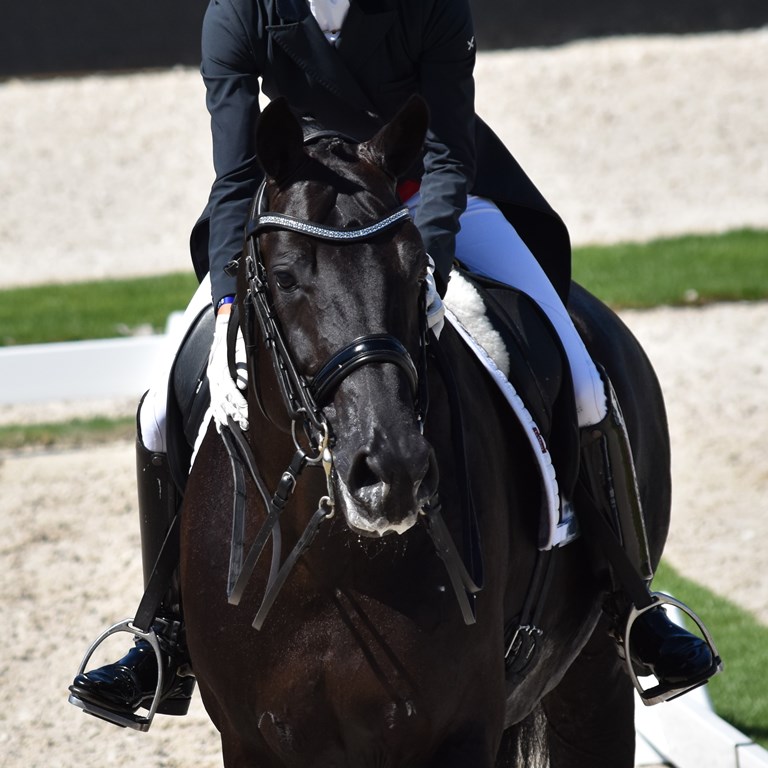 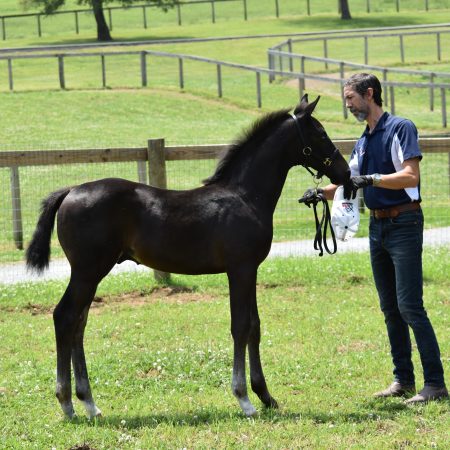 Not Just A Dream 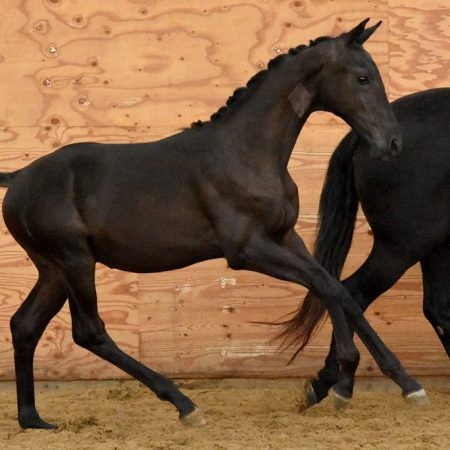 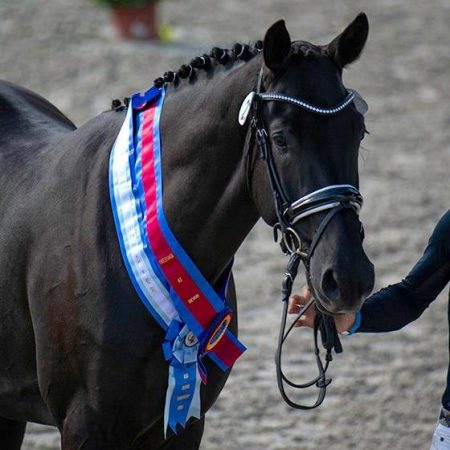 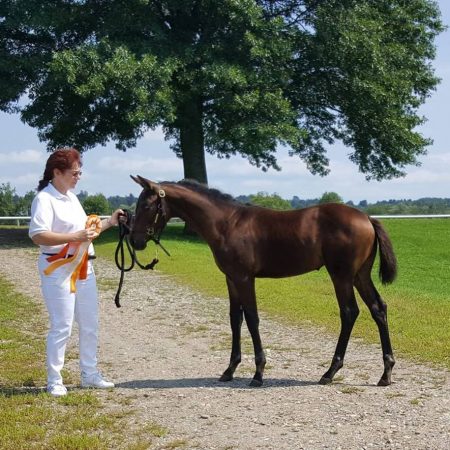 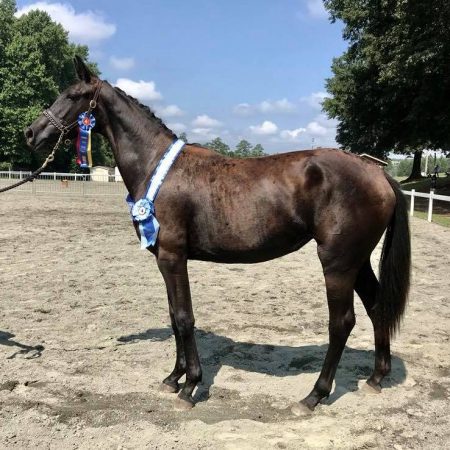