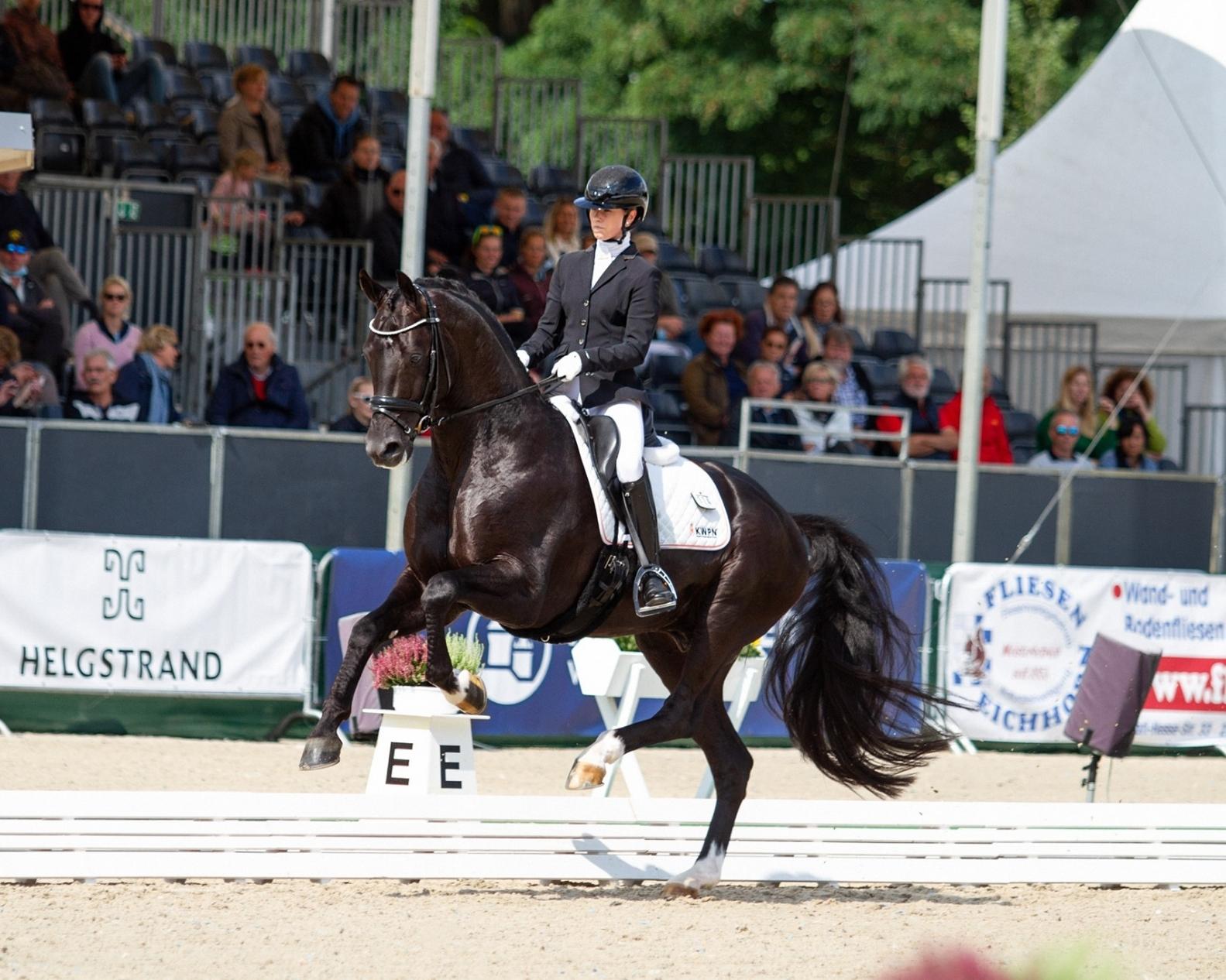 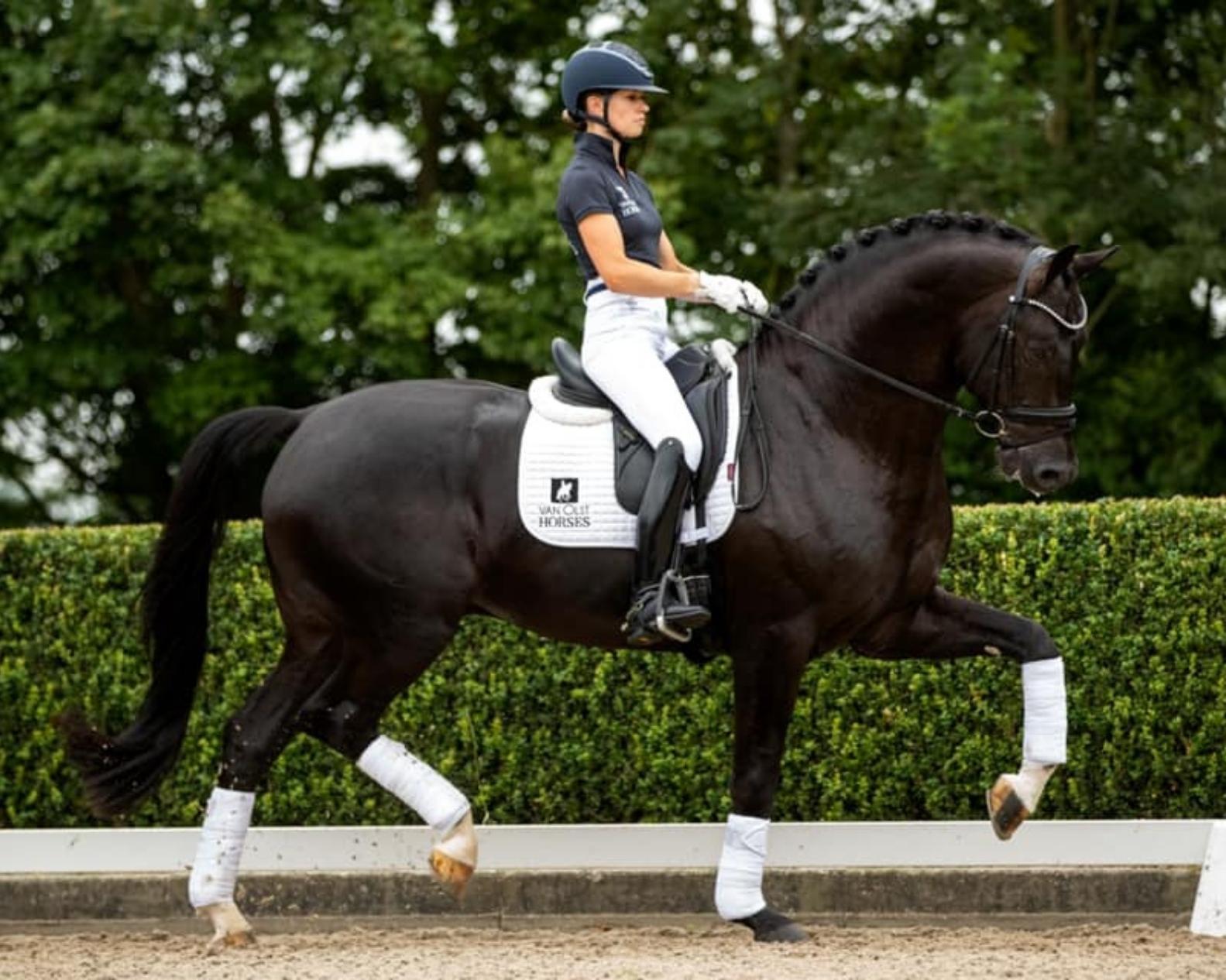 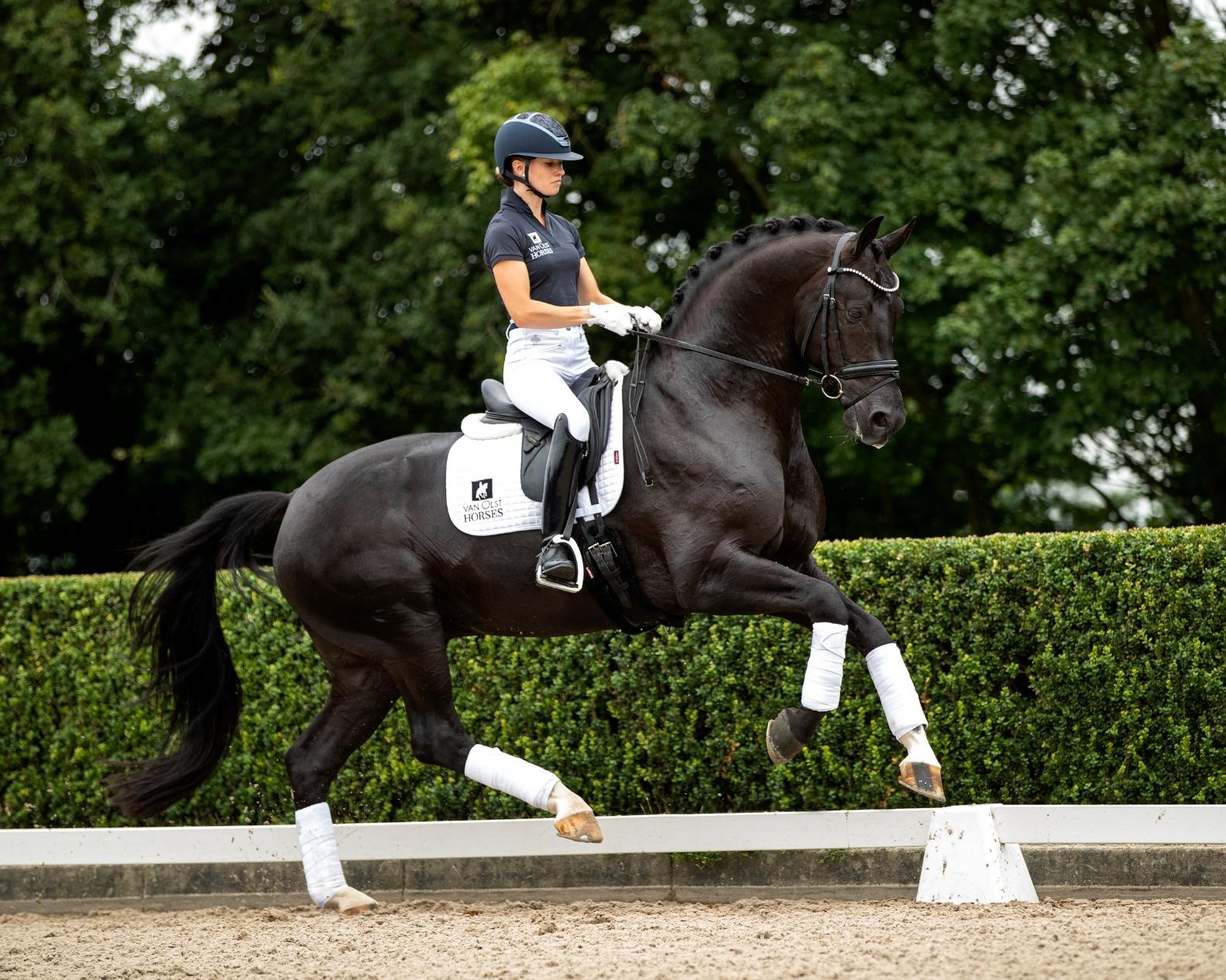 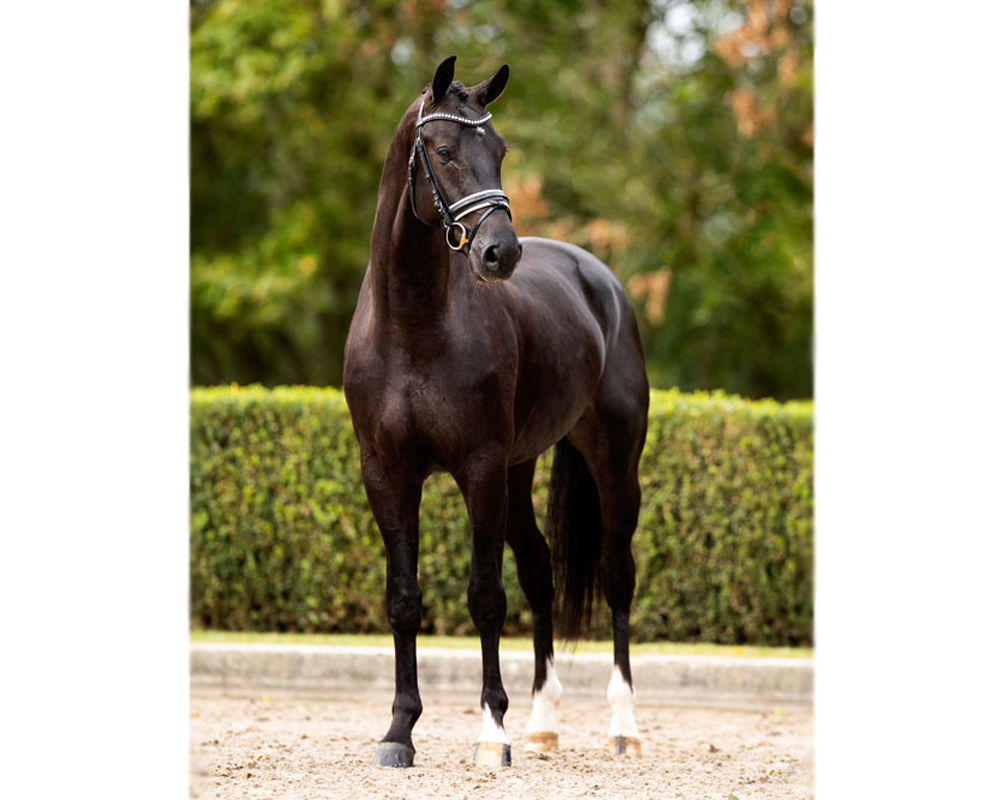 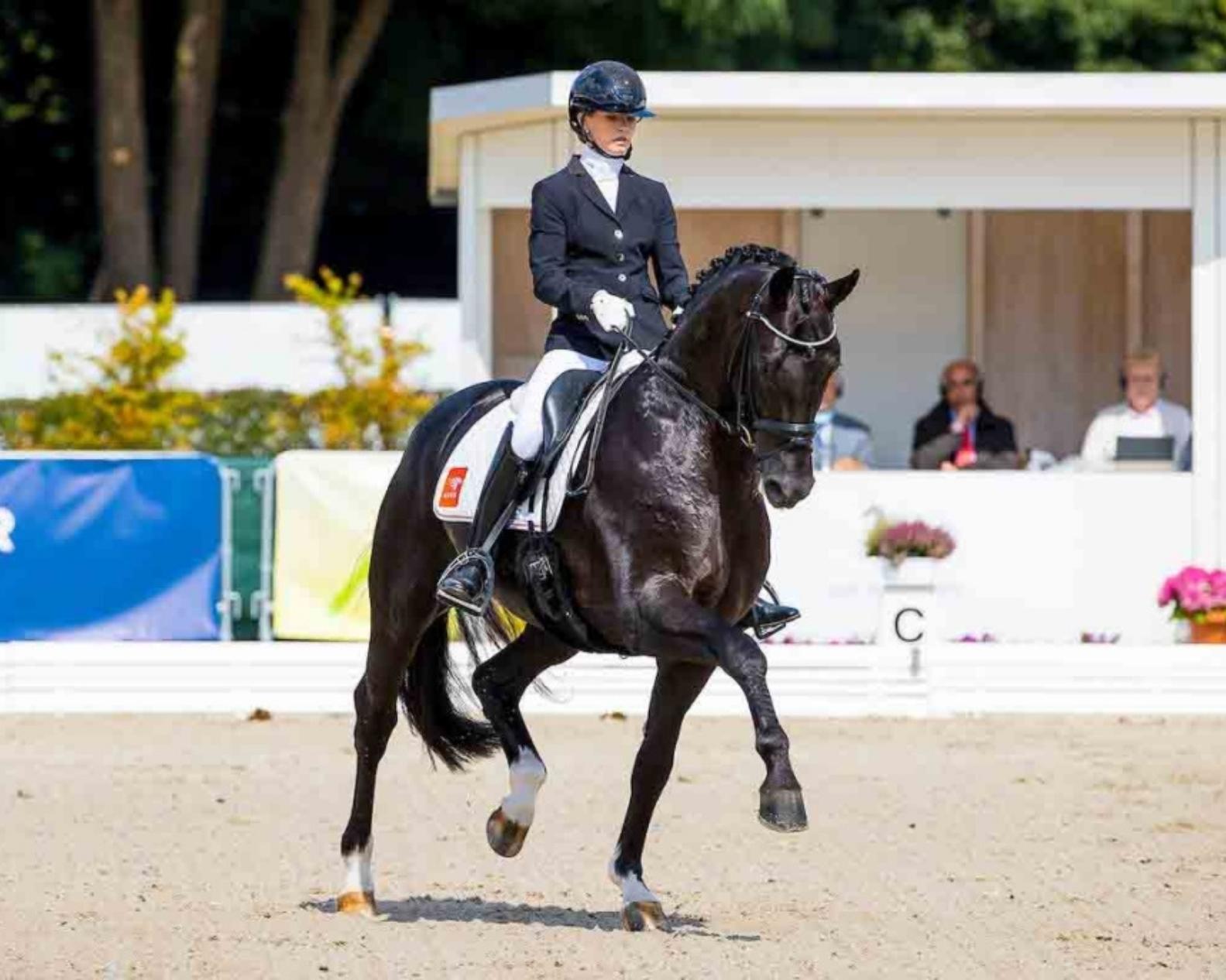 Kjento is the stallion that everyone is talking about! His exceptional pedigree, attractive type, powerful gaits, and exceptional rideability, have caught the attention of breeders and trainers around the world. Champion of his KWPN Stallion Test, Kjento earned no score less than 8.5, five scores of 9, and a 9.5 for his canter for an impressive total of 90 points. In 2019, he was Reserve Champion at the PAVO Cup Finals. From there Kjento has continued to rise to the top and has now won the World Championships for Young Horses twice with wins as a 6-year old and 7-year old, earning scores of 10 on both occasions.

Kjento is by the preferent stallion Negro, a proven sire of FEI Grand Prix horses. Kjento’s dam competed through Z-level Dressage, was 3rd at the National Mare Show as a 3-year old, and earned an impressive score of 90 at her IBOP.  She has been an exceptional producer with 2 approved sons, and 5 Ster/Elite daughters. Her sire, Jazz, was an International Grand Prix competitor and has one of the strongest records in the world for siring FEI offspring.

Kjento has been very popular with our breeders and has had excellent fertility rates. His early foals show his beautiful type, good length of leg, and expressive gaits. He is an excellent choice for improving movement mechanics, impulsion, use of body, and talent for the collected work.  The character of his offspring has also been highly praised by the breeders.

$1,700 Per Dose
Details: Frozen semen sold by the dose with no live foal guarantee.

2023 Contracts Coming Soon! Contact Us to be added to the list to receive a Kjento’s 2023 contract when available.

$3,000 1-Season
Details: 1-Season multi-dose agreement. Rather than a rebreed season in 2024, this contract option offers a discount valued at 50% of the total breeding fee paid on this contract off a new 1-Season breeding agreement to any Hilltop Farm stallion during the 2024 season should your mare fail to conceive and maintain a pregnancy for 60-days.

2023 Contracts Coming Soon! Contact Us to be added to the list to receive a Kjento’s 2023 contract when available.

EVA: Negative, Vaccinated Annually
This stallion has been tested for and vaccinated against EVA.  Given his negative status, it is not necessary to vaccinate your mare prior to breeding to this stallion
WFFS Tested: Negative N/N
This stallion is not a carrier of Warmblood Fragile Foal Syndrome (WFFS) and may be breed to both non-carrier and carrier mares without risk. For additional information on WFFS visit the Warmblood Fragile Foal Syndrome page on our website.
Color Tested: Heterozygous Black E/e
Kjento carries both the black and red factor genes. He can produce both black and red based coat colors.
D-OC Predicate
Kjento has earned the KWPN D-OC predicate, his genetic predisposition for OC health is equal to or better than the average population.

Kjento is not available via cooled semen. Please see Frozen Semen for shipping costs and details on Kjento’s frozen semen. 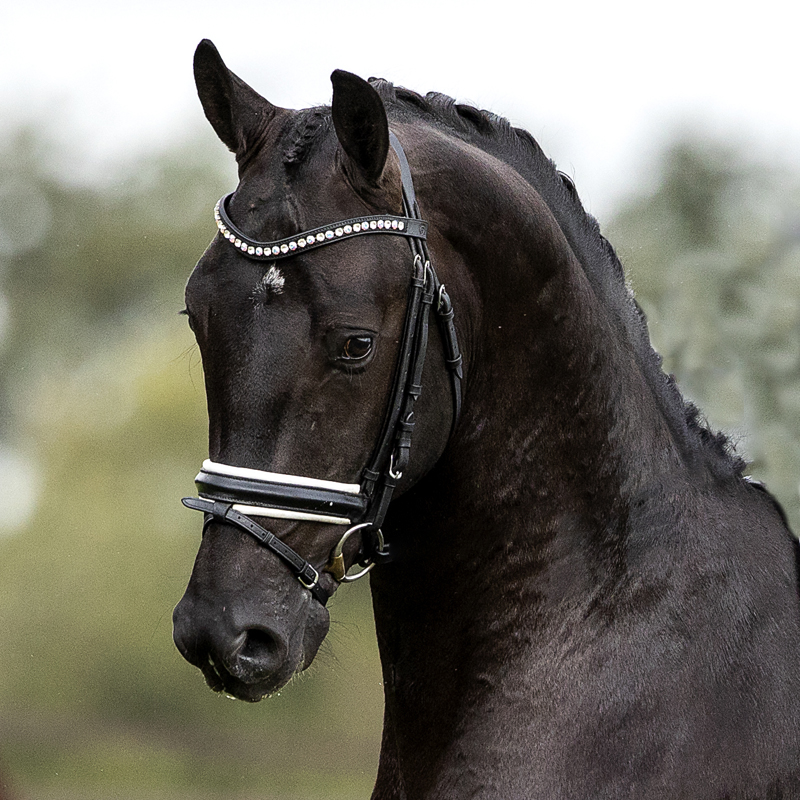