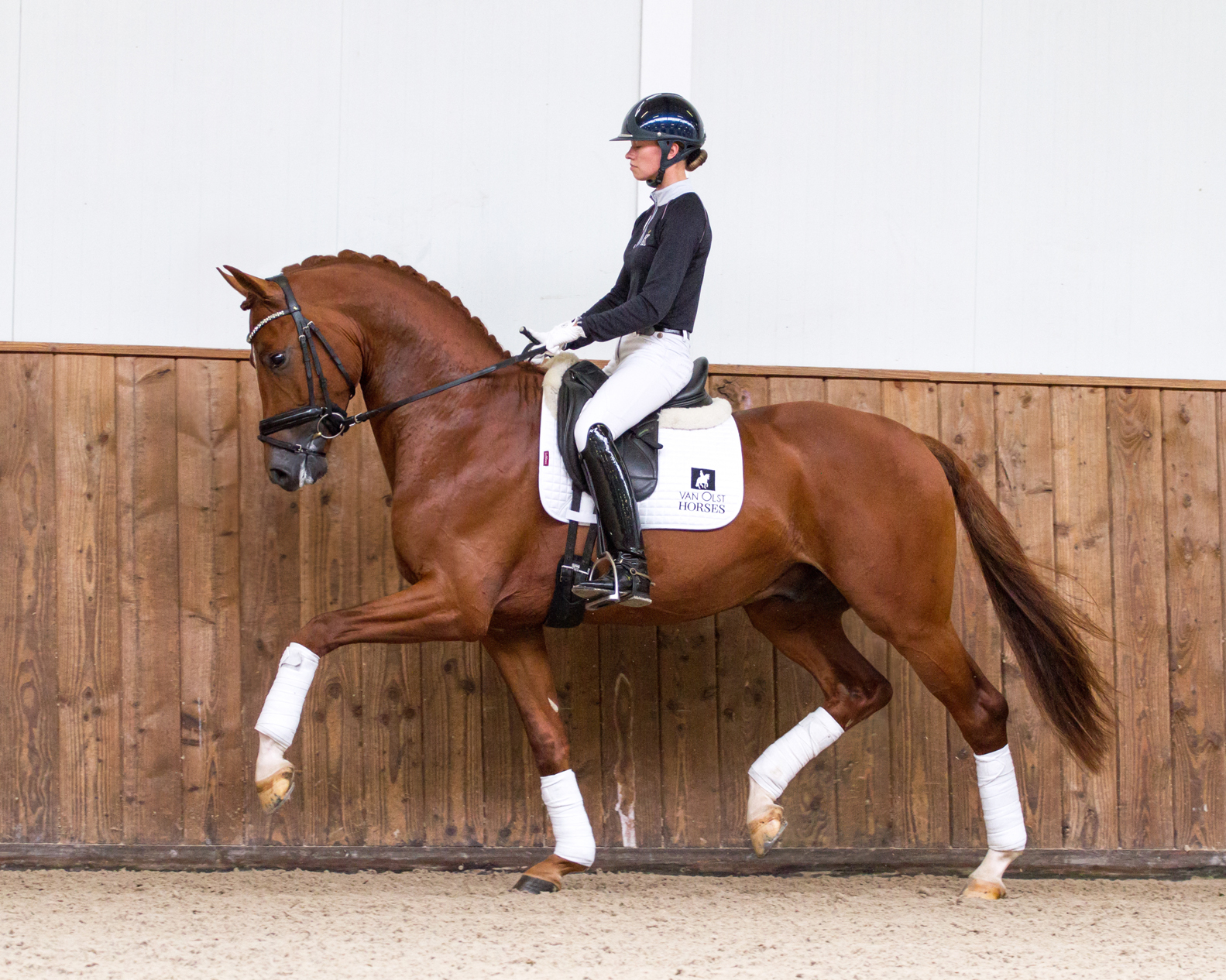 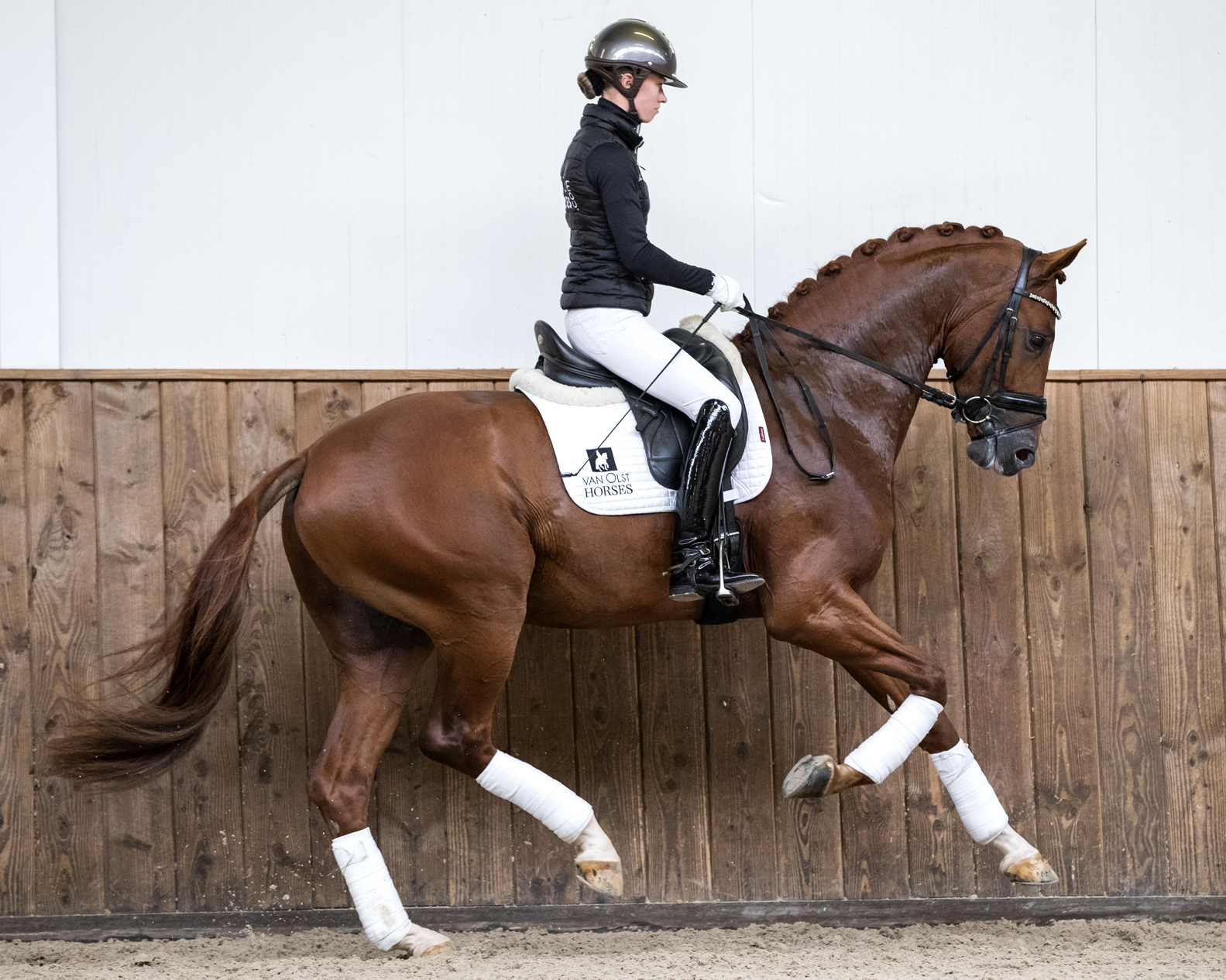 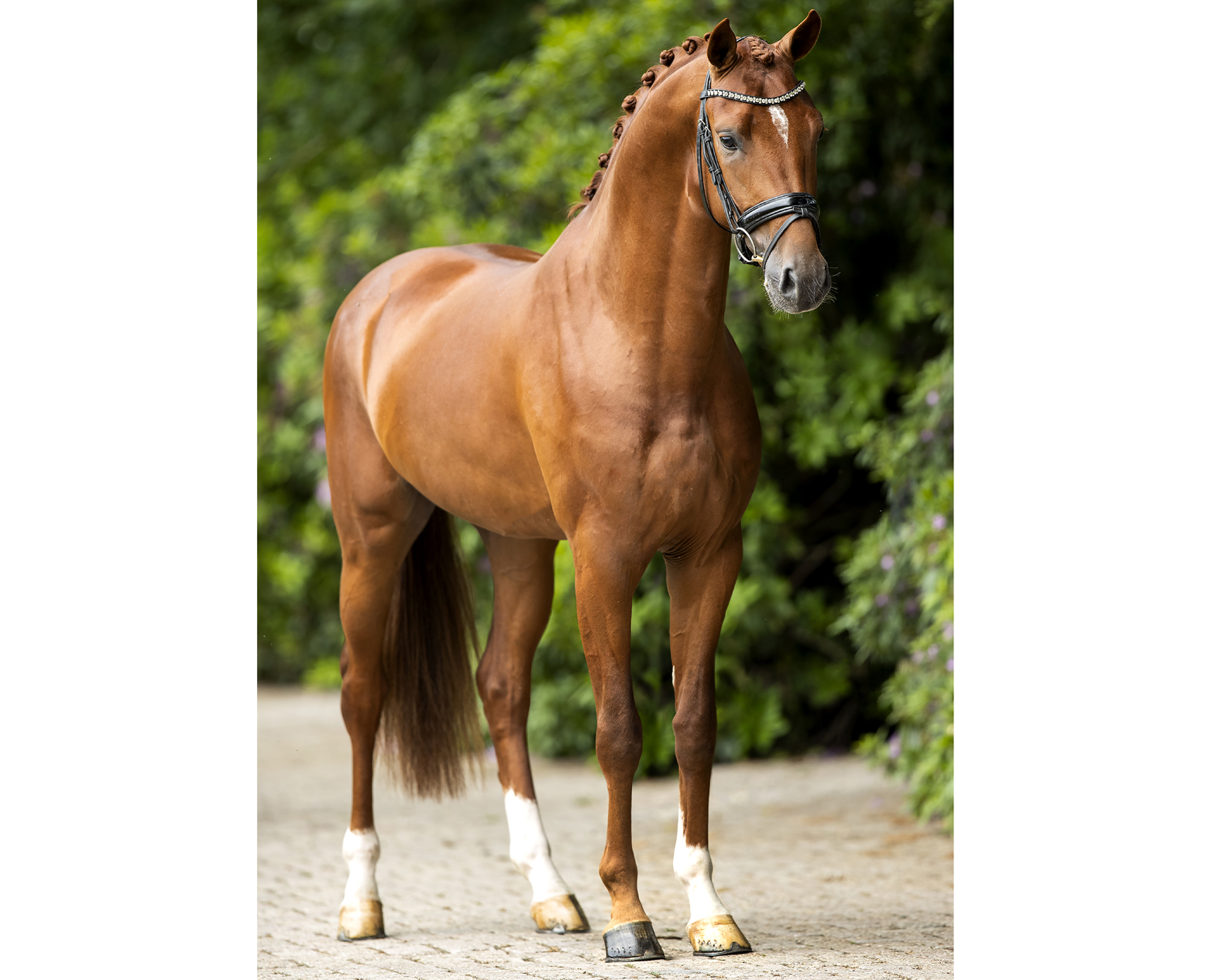 A fresh pedigree, beautiful exterior, and expressive movement mark Lantanas as an attractive addition for dressage breeders. His sire, Sir Donnerhall, has over 100 approved sons, 221 States Premium daughters, Young Horse Champions, and many Grand Prix CDI horses to his record. Sir Donnerhall is currently ranked 4th on the WBFSH Dressage Sire Rankings and his sire, Sandro Hit, is currently ranked #1. Sir Donnerhall’s sire is the legendary Donnerhall, who has had an incredible impact on dressage breeding. The Sandro Hit-Donnerhall combination has been an especially effective breeding nick.

The dam of Lantanas is herself a Prestatie mare who produced two licensed stallions, the Grand Prix mare Vitana V, and is the granddam for the Grand Prix stallion Cennin. Her sire Hemmingway competed at the World Championships for Young Horses in Lanaken and competed through 1.40 meters in showjumping. This valuable jumping blood is important to infuse into dressage breeding as well and Hemmingway has sired offspring successful in multiple disciplines as befits his versatile Holsteiner roots.

Lantanas received an excellent report at his KWPN Stallion Test and earned 8s or higher for all three gaits. He was praised for his willingness to work, his talent for dressage, and his uphill balance. In 2021, Lantanas was approved Hanoverian and competed in the PAVO Cup Finals earning a score of 81.4 points. His early foals show his modern type and expressive gaits. With the Van Olst team behind him, Lantanas has a bright future as a sire and competition horse.

2023 Contracts Coming Soon! Contact Us to be added to the list to receive a Lantanas’ 2023 contract when available.

$1,400 1-Season
Details: 1-Season multi-dose agreement. Rather than a rebreed season in 2024, this contract option offers a discount valued at 50% of the total breeding fee paid on this contract off a new 1-Season breeding agreement to any Hilltop Farm stallion during the 2024 season should your mare fail to conceive and maintain a pregnancy for 60-days.

2023 Contracts Coming Soon! Contact Us to be added to the list to receive a Lantanas’ 2023 contract when available.

EVA: Negative, Vaccinated Annually
This stallion has been tested for and vaccinated against EVA.  Given his negative status, it is not necessary to vaccinate your mare prior to breeding to this stallion
WFFS Tested: Negative N/N
This stallion is not a carrier of Warmblood Fragile Foal Syndrome (WFFS) and may be breed to both non-carrier and carrier mares without risk. For additional information on WFFS visit the Warmblood Fragile Foal Syndrome page on our website.
Color Tested: Homozygous Red e/e
All chestnut horses are homozygous for the red factor gene.
D-OC Predicate
Lantanas has earned the KWPN D-OC predicate, his genetic predisposition for OC health is equal to or better than the average population.

Lantanas is not available via cooled semen. Please see Frozen Semen for shipping costs and details on Lantanas’s frozen semen. 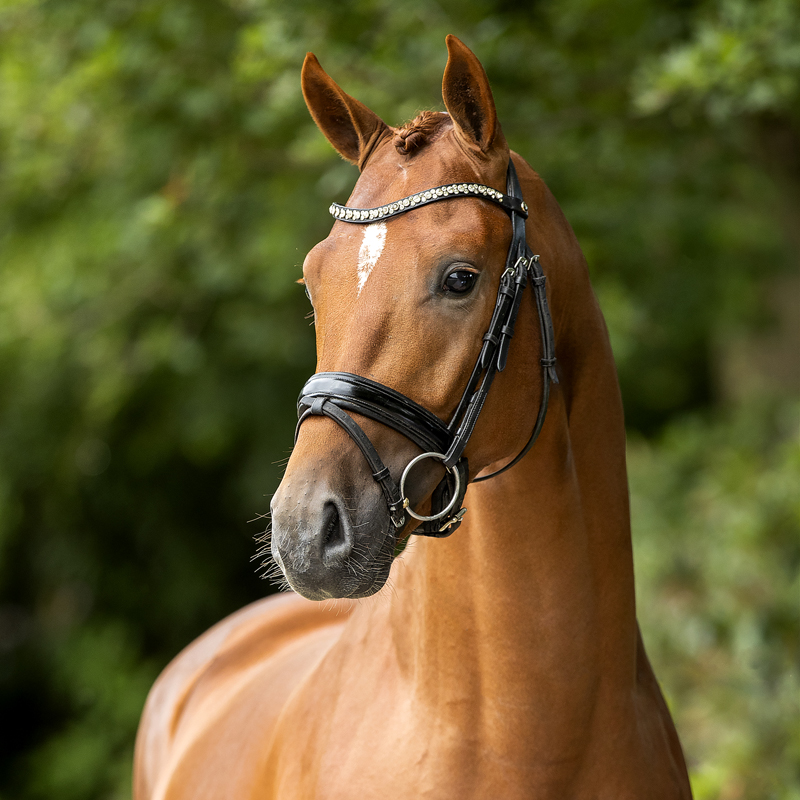