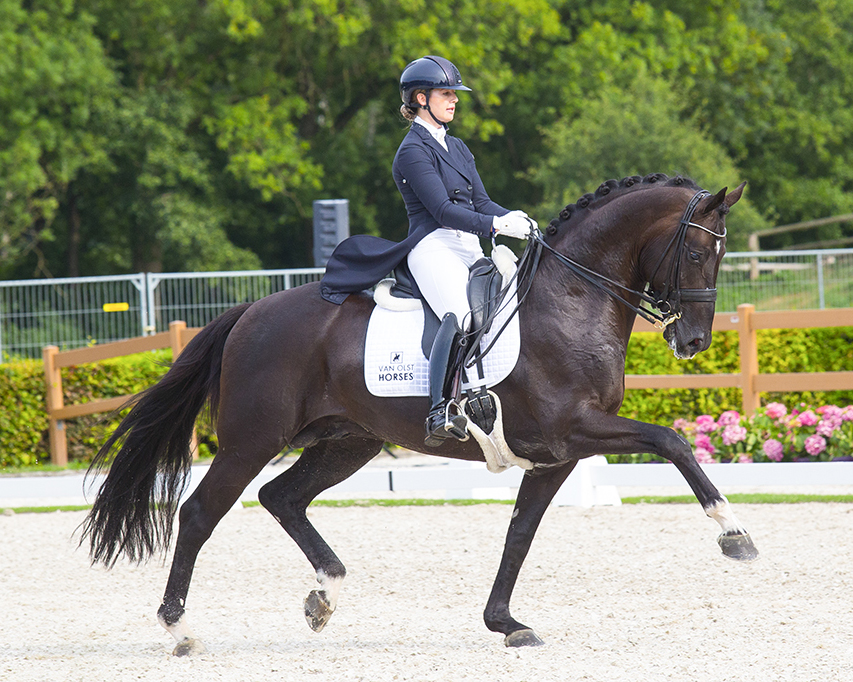 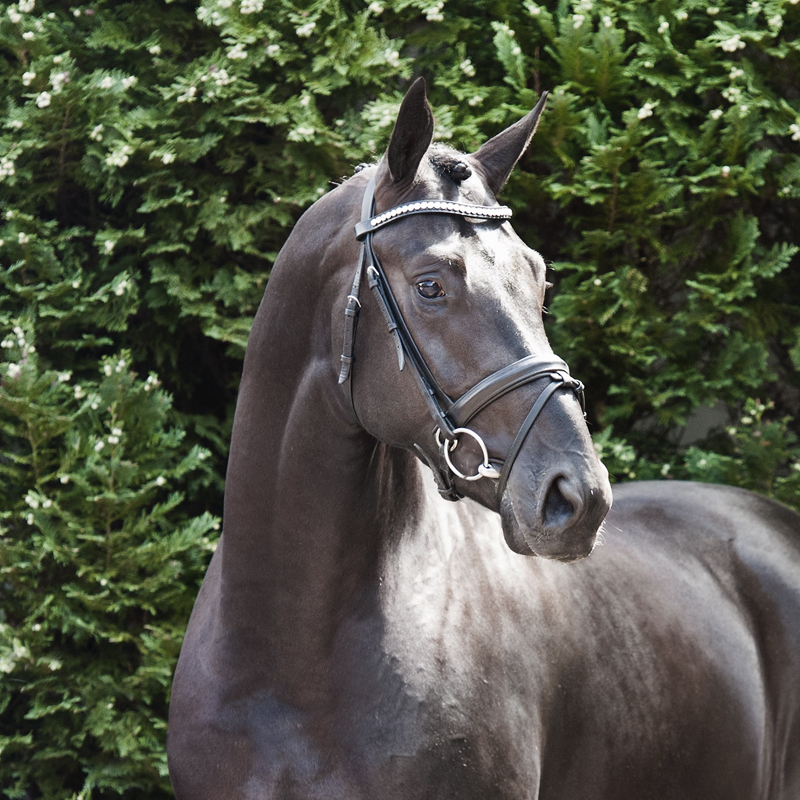 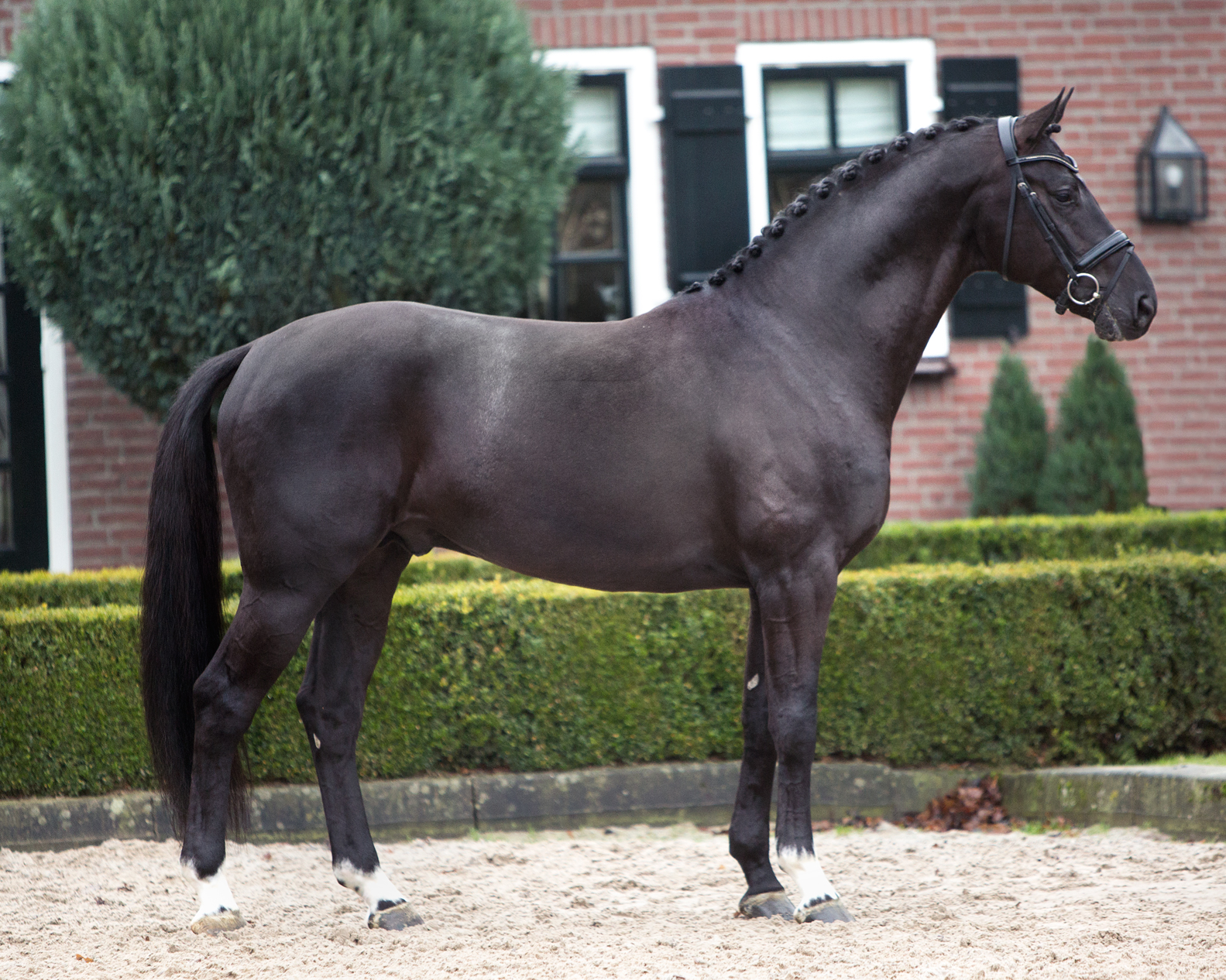 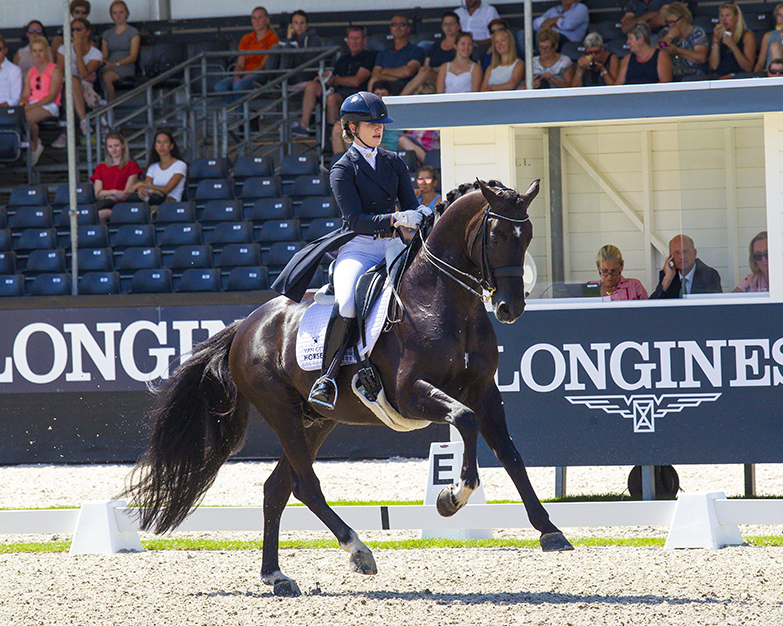 An exceptional pedigree stands firmly behind this talented stallion and his own talent is quickly propelling him up the FEI ranks. At his Stallion Performance Test, George Clooney earned scores of 8 or higher in all categories. He placed in the Top 10 of the KWPN Stallion Competitions & the PAVO Cup Finals, has shown successfuly at PSG/Intermediate I, and is ready for his Grand Prix debut with Olympian Severo Juardo Lopez.

An exceptional pedigree stands firmly behind George Clooney.  He is sired by none other than De Niro who was Reserve Champion of his performance test with a score of 141.93.  De Niro had a wonderful sport career with over 24 wins at S-Level and has firmly established himself as the top Donnerhall son to continue this legendary line.  De Niro has been consistently ranked at the top of the WBFSH Dressage Sire Rankings for many years.

George Clooney’s dam is by Wolkentanz, the Weltmeyer son who was Champion of his Licensing, Reserve Champion of his Stallion Performance Test with 140 points in dressage, and winner of the Bundeschampionat. The combination of George Clooney’s dam bred to DeNiro has been extremely successful and includes the full-siblings Despino and Delmar that are successful at Grand Prix. Maternal granddam Fricka brings the influence of the Thoroughbred stallion Forrest and she is also the granddam of Isabel Werth’s Don Johnson.

George Clooney offspring are well received at both inspections and competitions and, like their sire, we picture them headed towards the FEI ring. In 2020, the George Clooney son Gregory was the champion of the 2019/2020 NRPS Stallion Performance Test.  He’s shown to improve elasticity in movement and with the oldest offspring now undersaddle, we are also seeing a positive influence on rideability and temperament.

Performance Test: Scores of 8 or higher in all categories

2019: Approved by the Hanoverian Verband

$900 Per Dose
Details: Frozen semen sold by the dose with no live foal guarantee.

$1,800 1-Season Agreement
Details: 1-Season multi-dose agreement. Rather than a rebreed year in 2023, this contract option offers a discount valued at 50% of the total breeding fee paid on this contract off a new 1-Season breeding agreement to any Hilltop Farm stallion during the 2023 season should your mare fail to conceive and maintain a pregnancy for 60-days.

EVA: Negative, Vaccinated Annually
This stallion has been tested for and vaccinated against EVA.  Given his negative status, it is not necessary to vaccinate your mare prior to breeding to this stallion
WFFS Tested: Negative N/N
This stallion is not a carrier of Warmblood Fragile Foal Syndrome (WFFS) and may be breed to both non-carrier and carrier mares without risk. For additional information on WFFS visit the Warmblood Fragile Foal Syndrome page on our website.
Color Tested: Untested
George Clooney has not yet been color tested.
D-OC Predicate
George Clooney has earned the KWPN D-OC predicate, his genetic predisposition for OC health is equal to or better than the average population. 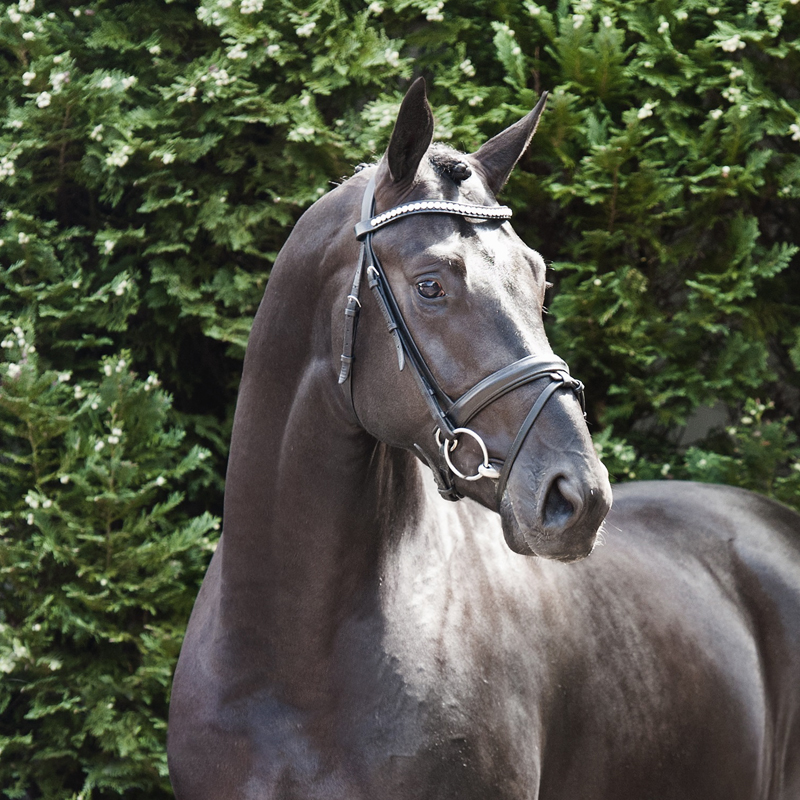 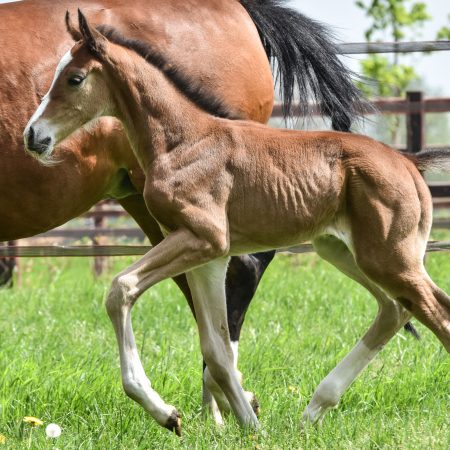 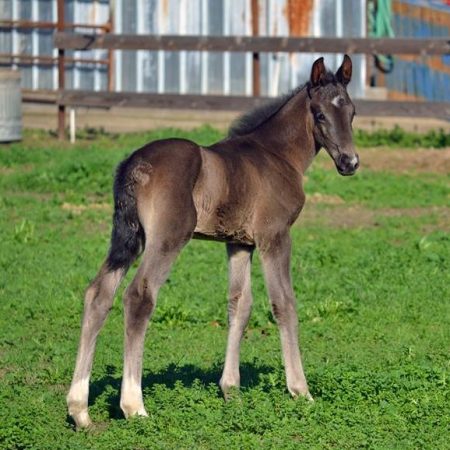 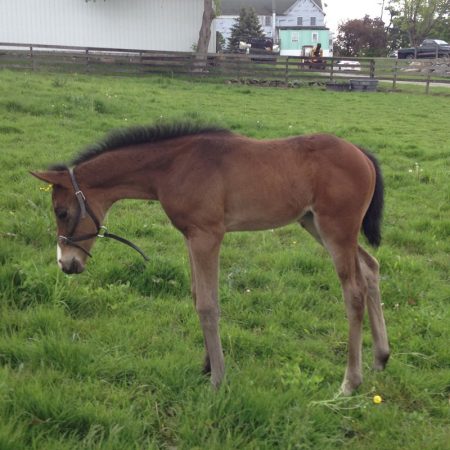 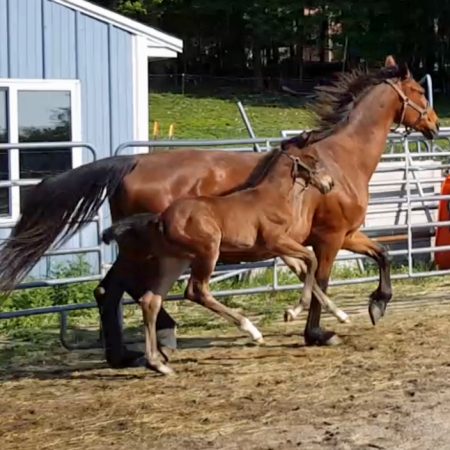