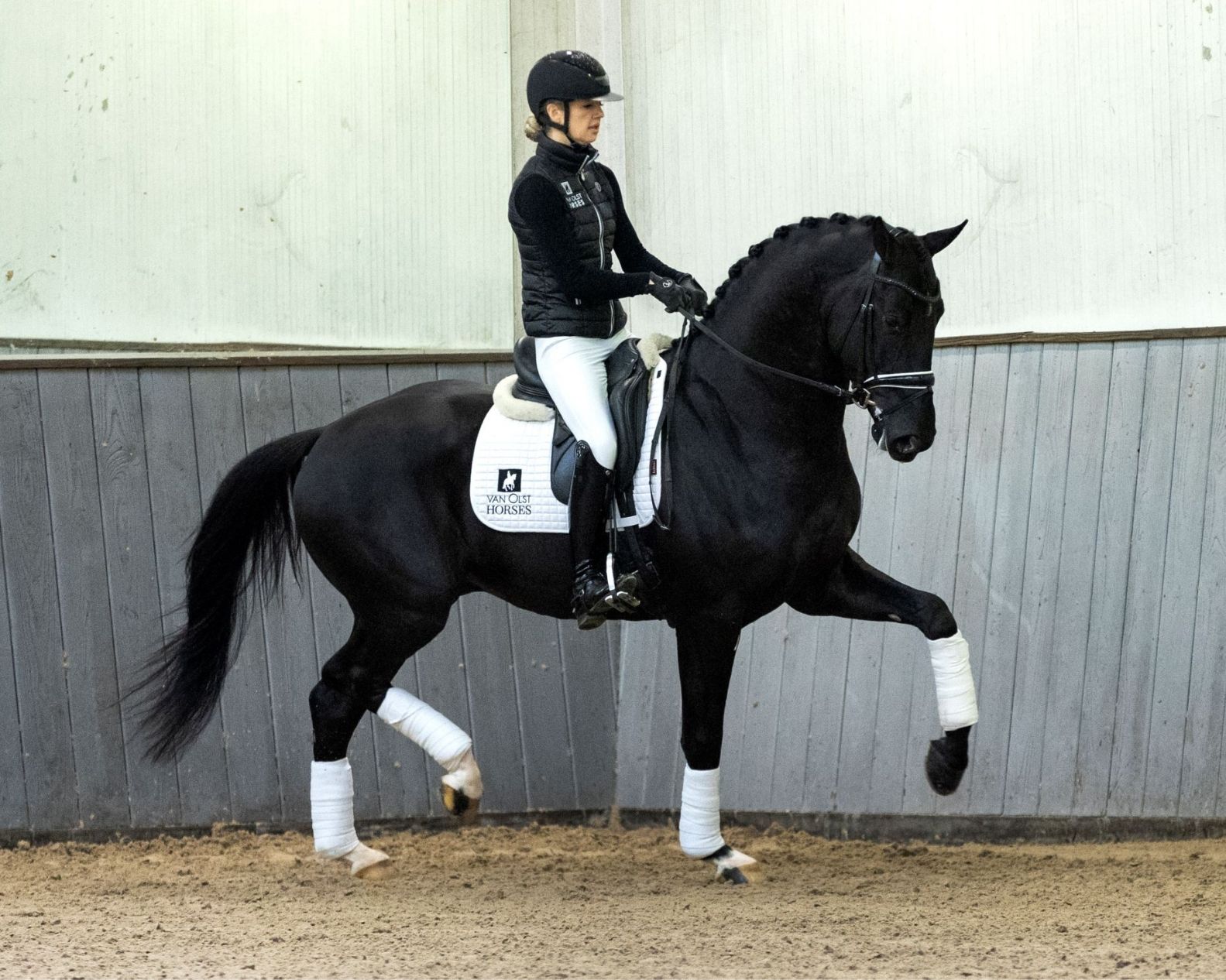 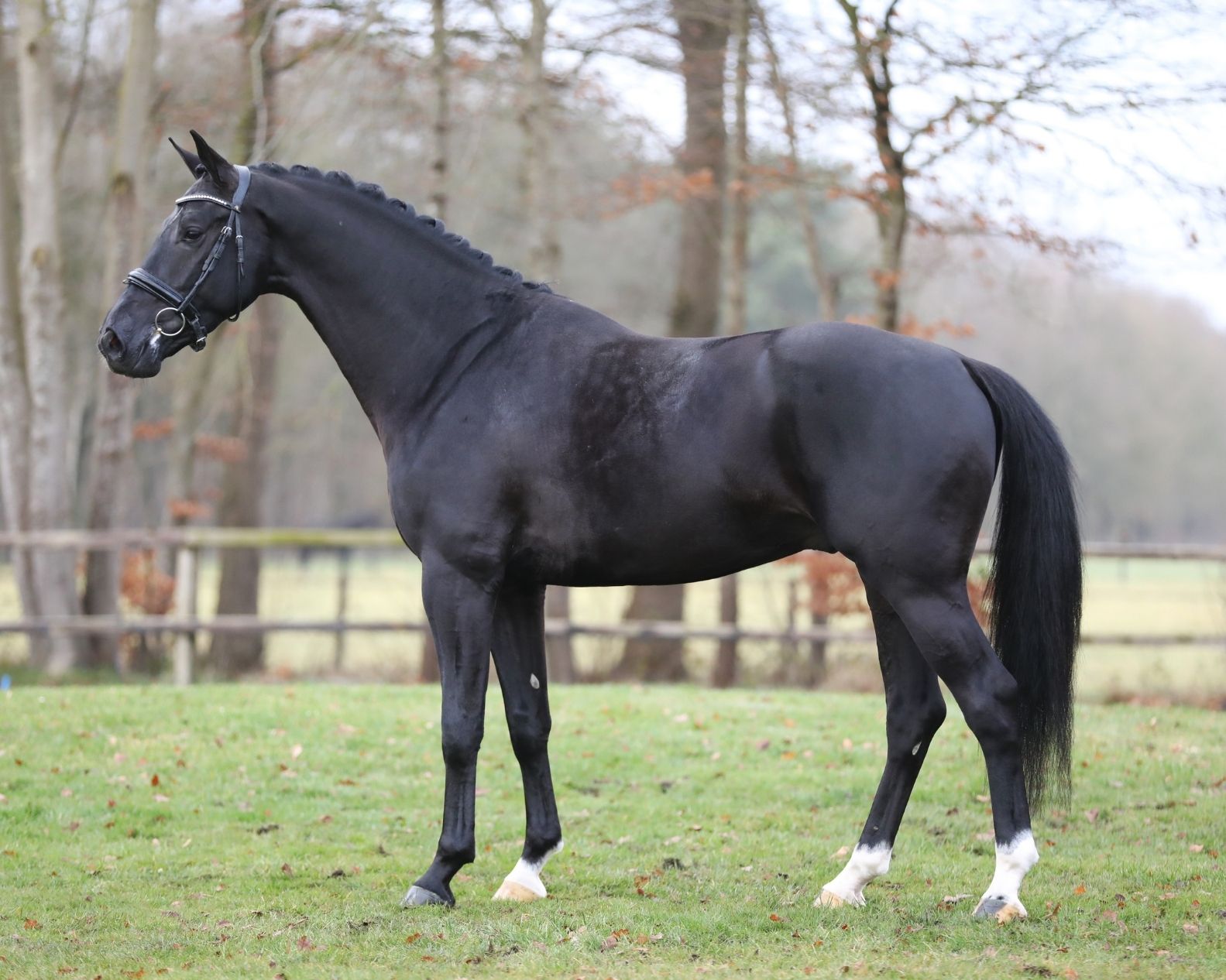 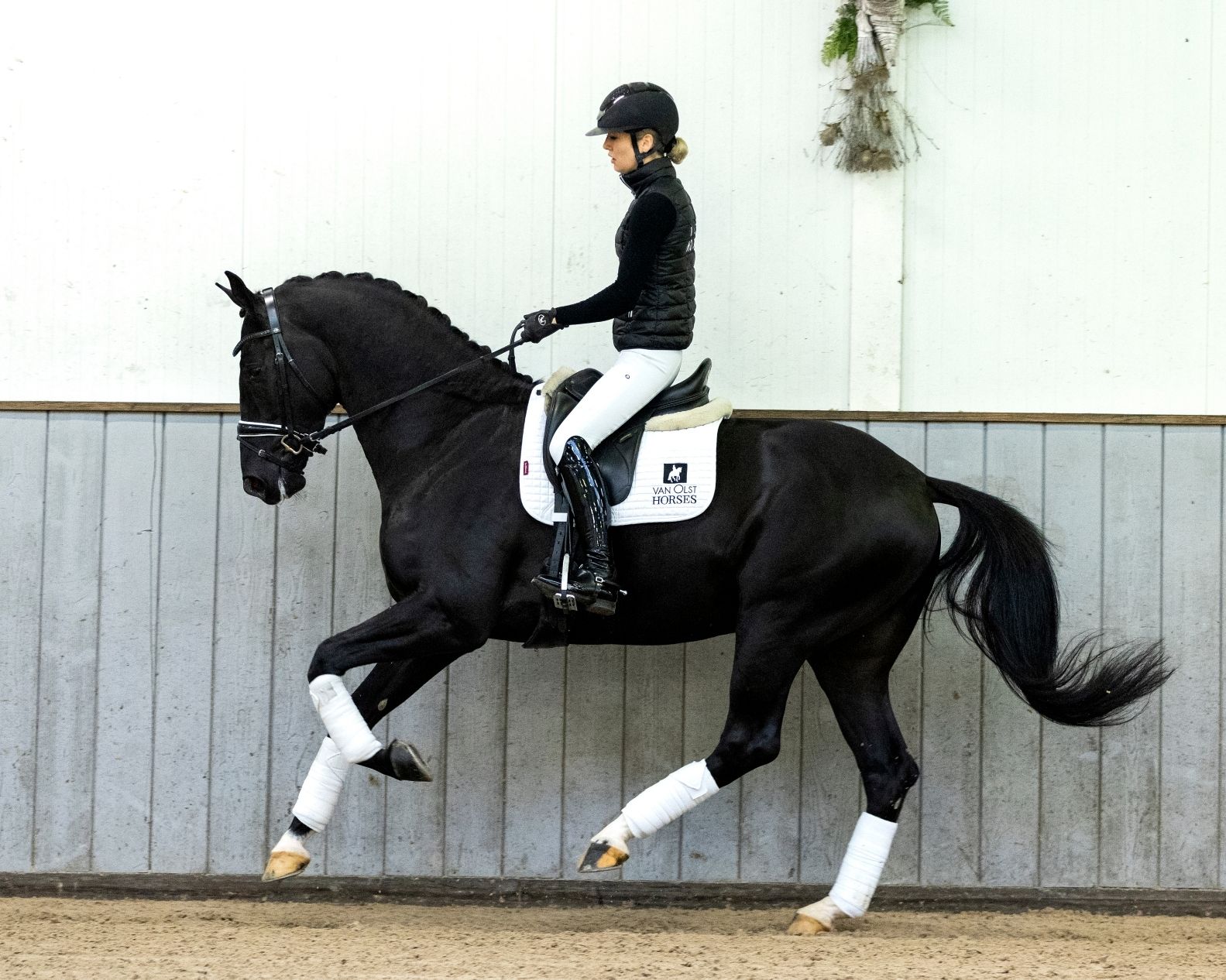 It’s rare we see a pedigree as star studded as Nalegro’s. Nalegro is sired by Olympic Games, World Equestrian Games, and World Cup competitor Painted Black. Painted Black was a standout at the FEI levels with a lengthy career at Grand Prix, including 27 career wins in FEI competition under two different riders. Painted Black has also proven a star in breeding as well with 15 approved sons to his credit and a number of Grand Prix offspring. Painted Black is by the influential stallion Gribaldi who has produced numerous FEI horses, as well as notable sires Totilas and Hofrat.

Nalegro’s dam is a full sibling to Valegro, the Olympic Games, World Equestrian Games, and World Cup Champion. From this same mareline, we also see the licensed stallion U-Genius. Nalegro’s damsire is the preferent stallion Negro, an impressive FEI competitor himself and a proven sire of FEI Grand Prix horses.

Nalegro has just completed the KWPN Stallion Performance Test where he finished Reserve Champion overall. Nalegro’s canter was a highlight and earned him an impressive score of 9. Nalegro earned no score less than 8, with scores of 8.5 for walk, trot, rideability, and talent as a dressage horse. We look forward to making this special young stallion available to breeders in 2022.

EVA: Negative, Vaccinated Annually
This stallion has been tested for and vaccinated against EVA.  Given his negative status, it is not necessary to vaccinate your mare prior to breeding to this stallion
WFFS Tested: Negative N/N
This stallion is not a carrier of Warmblood Fragile Foal Syndrome (WFFS) and may be breed to both non-carrier and carrier mares without risk. For additional information on WFFS visit the Warmblood Fragile Foal Syndrome page on our website.
Color Tested: Heterozygous Black E/e
Nalegro carries both the black and red factor genes. He can produce both black and red based coat colors.

Nalegro is not available via cooled semen. Please see Frozen Semen for shipping costs and details on Jayson’s frozen semen. 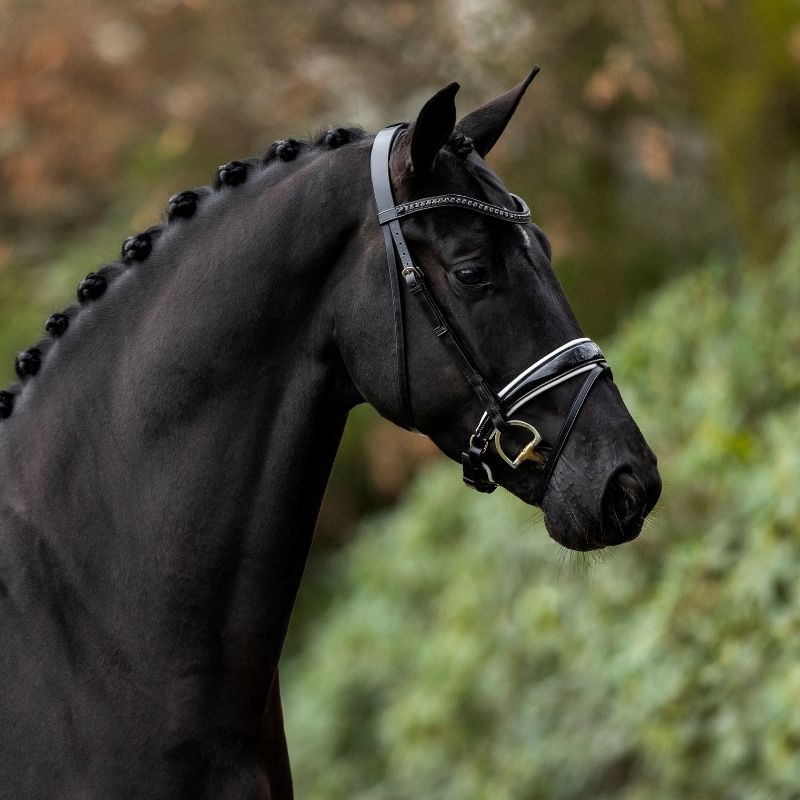